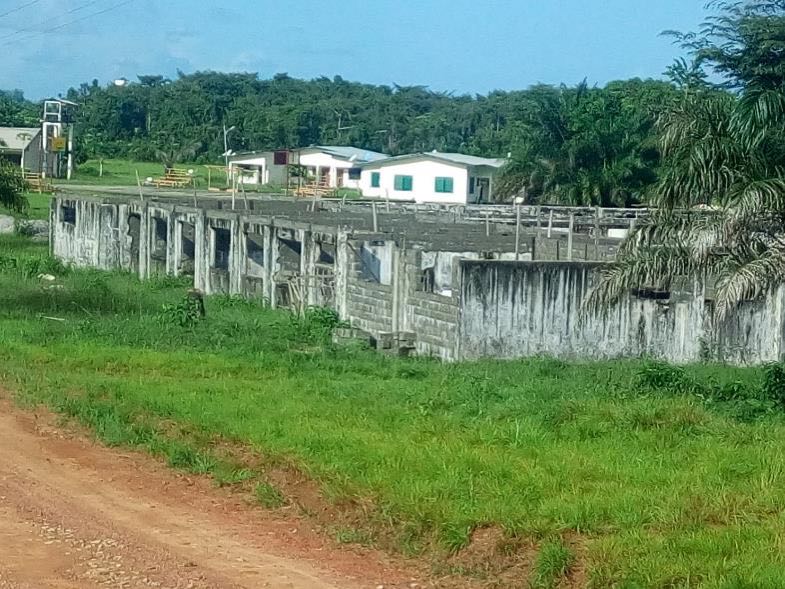 HARPER, Maryland â€“ The newly appointed president of the William V. S. Tubman University in Harper says the institution has no immediate plan to renovate the engineering building.

The Liberian government had made funds available for the project under the schoolâ€™s former president, Elizabeth Davis-Russell, but the renovation of the building suffered setbacks after those funds were misapplied by senior staff of the university who solicited and received kickbacks from GBECCO, the company contracted to renovate the building.

Engineering students are currently using partitioned rooms at another building as classrooms.

Though Wreh-Wilson did not mention when the institution will commence work on the building, Solo Otto Gaye, the universityâ€™s director of media and public relations, said in a phone interview that there is no specific timeline set to commence work.

Following the kickback scandals, Gaye explained that people are now skeptical about the institution and that â€œthere is currently an ongoing legal action against GBECCO to resolve the issue.â€

He said the buildingâ€™s renovation came to a standstill because of the scandals and now, the school lacks â€œadequate funding.â€

If the school receives support from the government and other organizations, Gaye said the university would gradually complete the engineering building.

â€œThe university president is lobbying with philanthropic organizations while the government is in the process of allocating budgetary [support] for the building,â€ Gaye said.

In August 2016, an investigation by The Bush Chicken into the bribery led to the dismissal of Roland T. Barnes, assistant vice president for administration, and the suspension of Johnny C. Woods, chief of staff for presidential affairs and the board liaison.

Following the dismissal and suspension of the two senior staff, the then-vice president for administration, Nyamieh Walker, said in January 2017 that the university had finally started renovating the engineering building after years of delay.

At that time, Walker said the administration had decided to scale back the scope from a two-story building to a single level. That, according to him, reduced the cost of construction to US$500,000 from US$1 million.

The universityâ€™s former president, Edward Lama Wonkeryor, was committed to getting GBECCO to complete the building.

â€œPresently, the university is in need of the building and extra classrooms as the student population have increased over the years,â€ Wonkeryor wrote in a letter to GBECCO, requesting the company to complete the work.

â€œWe request the company speedy action in resolving the matter.â€

However, the building was never completed and in October 2017, protesting students of the Engineering College brought normal activities at the university to a halt with demands for authorities to improve the quality of education.

In a letter dated October 16 from the aggrieved engineering students, they outlined several issues, including a lack of professors, the stalled construction on the engineering building, and a lack of literature in the institutionâ€™s library for engineering courses.

The students wrote that they were unhappy with unfulfilled promises by the university over the past months.

In 1990, the college was accredited to offerÂ Bachelor of ScienceÂ degrees in those fields but closed following the outbreak of the civil crisis.

The school remained closed throughout the civil war. In 2008, the college was reopened by former presidentÂ Ellen Johnson Sirleaf, with Elizabeth Davis-Russell appointed as the first post-war president of the university.