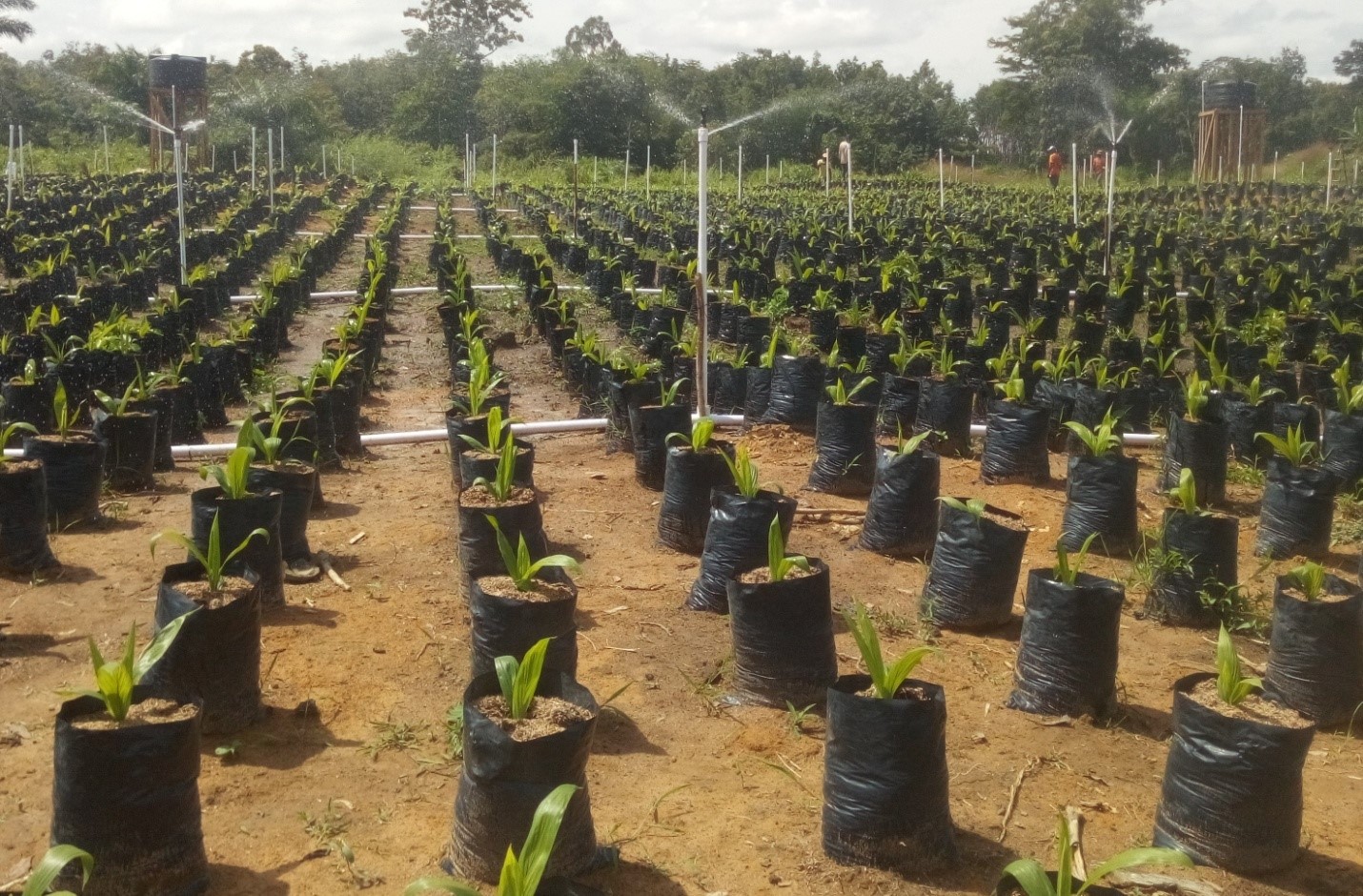 GANTA, Nimba â€“ Farmers in Nimba and Bong are reporting dramatic improvements in crop yields and harvests this year, after the Netherlands-based NGO Solidaridad provided them with critical training interventions.

The local farmers received training in vital skills about how to protect their crops and farms from insect infestations and common crop diseases. Many of them are now reporting a direct positive benefit between their new skills and an overall increase in harvest.

Victoria George, one of the beneficiaries of Solidaridadâ€™s training program in Nimba, attested to increased harvest in both her cocoa and oil palm farms beyond her wildest expectations. These results, she believes, stem from new but essential planting and tendering techniques introduced by the organization.

Another farmer, identified only as Madam George, also praised the NGO for its intervention, and plead for a continuation of the relationship with local farmers.

â€œThis organization has done so much by teaching us the new technique of farming that has increased our products which we have used over the past months to cater to our family and buy working tools to work with,â€ Madam George said.

She also added: â€œIâ€™m encouraging all Liberians to use the soil in order to make the Country a better one.â€

Also speaking to journalists in Nimba, another participant of the NGOâ€™s interventions, Rufus Karyar, attributed the incredible increase in yields of his cocoa farm to the program. Karyar said due to the positive outcome of the training and inputs received in the program, his farm is now used as a demonstration site to educate other farmers to improve their production.

He said more than 17 farmers are presently involved in what is now being termed the farmers’ pre-school, which trains farmers to resuscitate and grow cocoa on abandon farms in Bleyepea, in Nimba.

â€œPrior to Solidaridad coming in this community, we had all abandoned our old Cocoa farms, and it was taken over by bushes, but when we got the education, we went back to brush and applied nutrient to the soil,â€ he said.

â€œNow, after we applied what we were taught, you wonâ€™t believe what we are generating from what we called â€˜old farm,â€™â€ Karyar added.

Although Solidaridadâ€™s work in Liberia focuses directly on increasing the quality and output of cocoa and oil palm production, it is not hard to see how these activities directly and positively impact the livelihood of local farmers, their communities, and vulnerable populations, especially women and youths, as vital secondary benefits. 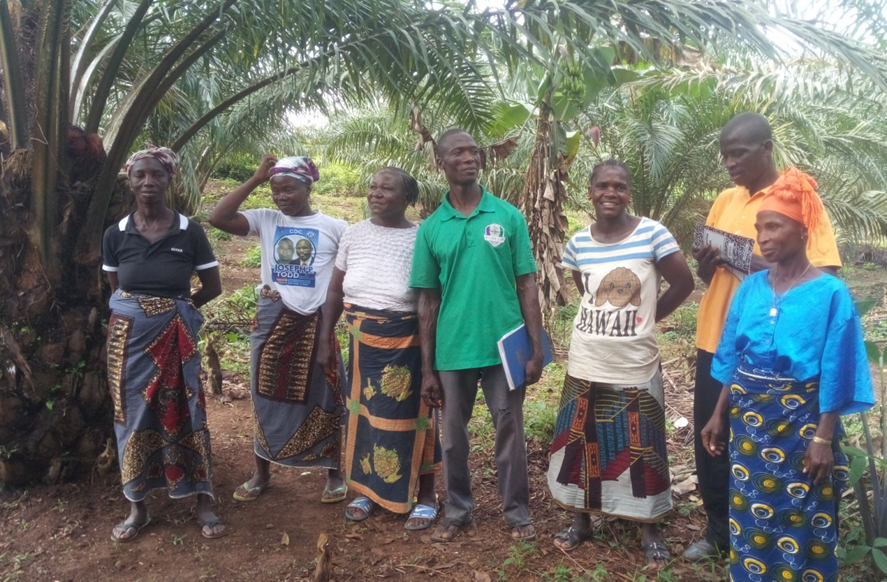 Some participants of Solidaridad’s program in Nimba. Photo: Morine Pewee

In August 2018, for example, the organization recruited 13 young community college graduates to serve as oil palm facilitators for one year under a special training program known as the Sustainable West African Oil Palm Programme. The participants worked with a select group of young farmers and trained them in Farm Management Services to smallholder farmers on a for-fee basis. The facilitators also service small and medium enterprises or SMEs as aggregators.

Some other 13 communities in Bomi, Bong, Grand Bassa, Lofa, and Nimba have also benefited from these facilitations, including womenâ€™s groups working on oil palm value addition.

More than 2,480 additional farmers in Bong, Lofa and Nimba will also benefit from seedings, coaching, and other needed inputs next year. Thirteen nurseries have also been set up in the three counties through a co-financing scheme where small and medium enterprises are providing labor, land, and space, while Solidaridad also provides pre-germinated seed nut and constructs irrigation systems.

The organization is working directly with four small and medium enterprises to develop nurseries for an additional 40,000 seedlings in Karnplay and Cooper Village in Nimba, Foya in Lofa, and Bellemue in Panta District in Bong.

As an international NGO, Solidaridad works to improve the livelihoods of vulnerable agricultural and artisan workers, while respecting the planet and preserving it for future generations. The group also operates in Cote Dâ€™Ivoire, Ghana, and Nigeria.