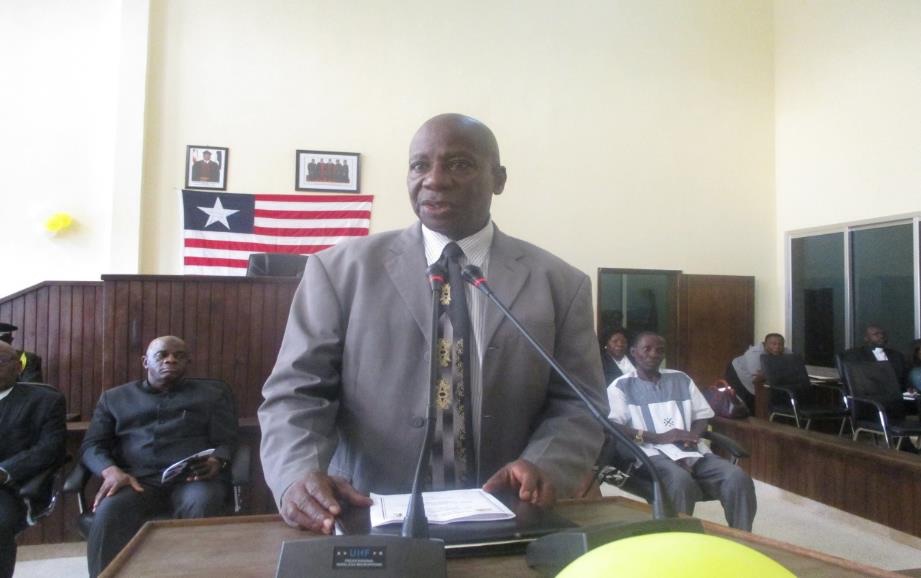 SANNIQUELLIE, Nimba â€“ Members of the Nimba Bar Association have called the attempt by lawmakers to impeach one of its members â€œunnecessary and misguided.â€

Earlier this month, two members of the House of Representatives had presented a petition to the general body seeking the impeachment of Associate Justice Kabineh Jaâ€™neh from the Supreme Court. Rep. Thomas Fallah of Montserradoâ€™s fifth district, who also heads the Coalition for Democratic Change Legislative Caucus, and Rep. Acarous Gray of Montserradoâ€™s eighth district both presented the petition on Tuesday.

Fallah and Gray said the associate justice, unmindful of his judicial power and authority, committed â€œofficial misconductâ€ by engaging in â€œmalicious and purported judicial discretion.â€

â€œJaâ€™neh continues to behave as if he were a law unto himself, to the detriment of others,â€ the petition read.

In response, the Nimba Bar Association issued a press release that, while acknowledging the authority of lawmakers to impeach justices of the Supreme Court, noted that Jaâ€™neh had not committed crimes that warrants his impeachment.

The constitution prescribes that a justice can be impeached for â€œproved misconduct, gross breach of duty, inability to perform the functions of their office, or conviction in a court of law for treason, bribery or other infamous crimes.â€

The Nimba Bar Association noted that the advocates for Jaâ€™nehâ€™s impeachment did not identify any of such acts and said, â€œThe call for his impeachment has no constitutional backing.â€

The Nimba Bar called on lawmakers to stick to their constitution duties to preserve the dignity of their offices. The organization said it had members who were prepared to provide legal defence for one of its own in any legal proceeding.