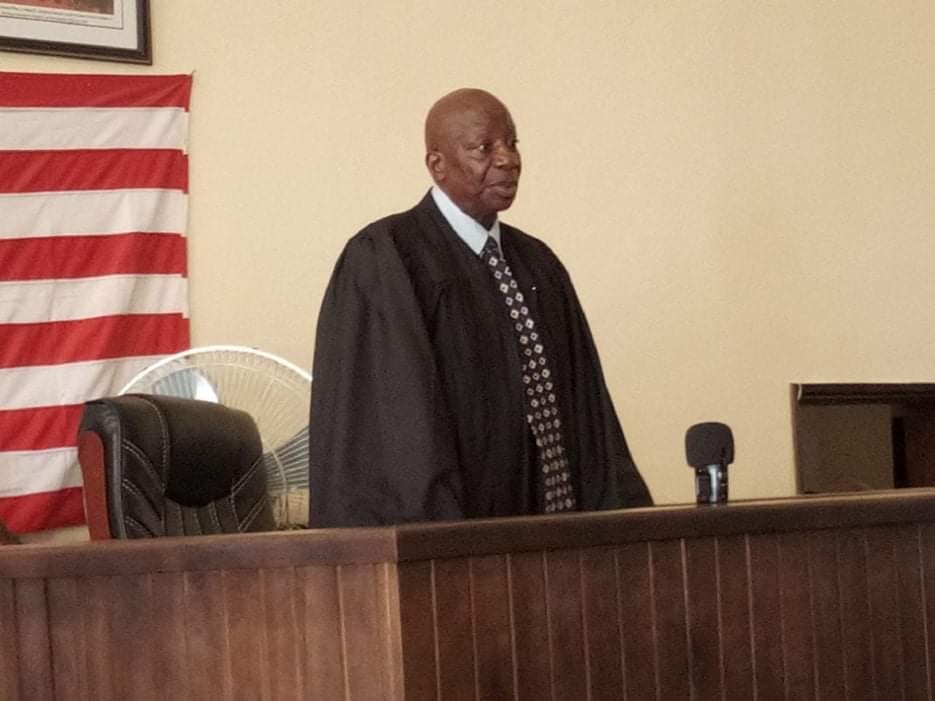 SANNIQUELLIE, Nimba – The Eighth Judicial Circuit Court in Sanniquellie has sentenced a 55-year-old man to three years’ imprisonment for running over and killing another man with his vehicle in Ganta.

Augustine Nyan Kewelleh hit and killed Bryant Messlah on February 3 this year with his vehicle near the Success Community Junction during the evening hours and fled the scene. Messlah was rushed to a health facility in Ganta and pronounced dead on arrival.

Ganta police immediately launched a manhunt for the victim, apprehending him after a week’s search. The defendant had set his vehicle ablaze before he was arrested in hopes of destroying evidence.

Police charged Kewelleh with murder and he was forwarded to the circuit court, where he pleaded not guilty to the murder charge.

The court, however, found Kewelleh guilty of a lesser charge, manslaughter. Reading the verdict on Tuesday, June 23, Judge Roland Dahn said the defendant’s crimes did not fit the legal definition of murder because he did not plan, design, and concoct to kill Messlah.

Dahn said the court had determined that the victim was killed out of recklessness and that the act was not premeditated. Kewelleh was reckless in driving his car at night without proper lighting, the judge noted.

“In his own statement, he told this court that his light was dim, and considering Ganta to be a dark city, the defendant should have slowed down since he knew his vehicle had [a] problem,” Dahn said. “The witness on the scene says he was speeding and therefore, he was grossly negligent and reckless.”

In the verdict, Dahn said he accepted the defendant’s explanation because no witness contradicted him, including Love Messlah, Messlah’s sister-in-law who testified that the defendant was speeding when he hit the deceased.

Judge Dahn announced his ruling: “Wherefore, in view of the foregoing, Augustine Nyan Kewelleh of Ganta City is hereby adjudged guilty for the charge of manslaughter and sentenced to a prison term of three years, inclusive from the date of his imprisonment.”

Kewelleh’s prison term could be reviewed by a parole board after one year, depending on his conduct and the conduct of his family towards the family of the bereaved, the judge noted.

Following the reading of the verdict, Nimba’s public defender, Cllr. Robertson Mehn, told reporters outside the courtroom that the prison term of three years was too harsh. He noted that Kewelleh committed the crime out of carelessness and was not deliberate.

“This man should have been charged with negligent homicide and sent to jail for six months because he negligently drove his vehicle without lights and, Ganta being a dark city, he mistakenly killed Messlah,” Mehn explained.

He added that he believed the defendant fled the scene after the accident out of fear that he would be killed by an angry mob, which occasionally happens after an accident.

Mehn continued, “He escaped the scene and burned his vehicle because he was confused. He even sent for [a] gun to take his own life.”

On the other hand, members of the Ganta First Assembly of God Church, where Messlah was a choir director before his death, said they had been robbed of justice by the court.

Adolphus Dehmie, one of such members, wanted the defendant to have been sentenced to over five years in jail. However, he said, as Christians, he and others at the church would look to God to fight their battle.