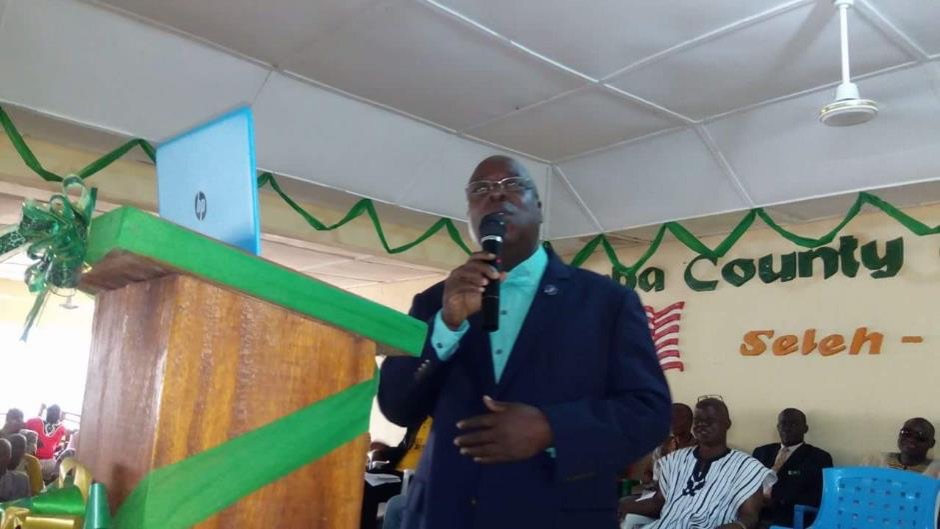 SANNIQUELLIE, Nimba â€“ The former president of the William V. S. Tubman University, Edward Wonkeryor, has taken over as president of the Nimba County Community College in Sanniquellie after being appointed by President George Weah.

Wonkeryor has vowed to oversee the transformation of the community college into a university to meet the educational needs of the people in the county.

However, the college faces significant hurdles. Prior to Wonkeryorâ€™s appointment on June 11, Yar Gono had served as the collegeâ€™s president. Her administration faced difficulties in paying faculty and staff on time.

In early June, the Faculty Association of the college went on a strike in demand of their delayed salaries. They followed the strike with a vote of no confidence in Gono, which they sent to the Nimba County Legislative Caucus.

The faculty cited many issues against Gono, including bad interpersonal relationship with staff, that she authorized unbudgeted activities, that there were salary discrepancies that were not explained by experience and expertise, and a lack of checks and balances. The faculty later retracted their vote of no confidence letter, promising to work with Gono if she could meet certain conditions, including providing a pay raise.

Gono presided over the graduation of three classes in 2015, 2016, and 2017 before her dismissal and had served the institution since its establishment in 2010. She told reporters recently that she has a vision to transform the college into a university.

Wonkeryor arrived in Nimba on July 18 to take over the mantle of authority at the Sanniquellie college. He will manage the collegeâ€™s budget of US$1.2 million, some of which will go toward constructing staff housing.

He acknowledged the â€œbig challengeâ€ he was taking over but promised to work with the staff at the college to improve the institution.

Alluding to the challenges his predecessor faced, Wonkeryor said whenever there is change in any society, some may try to â€œundermineâ€ a new leadership coming in, however he promised to do his best.

Wonkeryorâ€™s two-year leadership at Tubman University was characterized by tribal sentiments and continuous demonstrations that led to his removal from the institution.Â  He was dismissed from the Tubman University by the president on March 5, 2018.