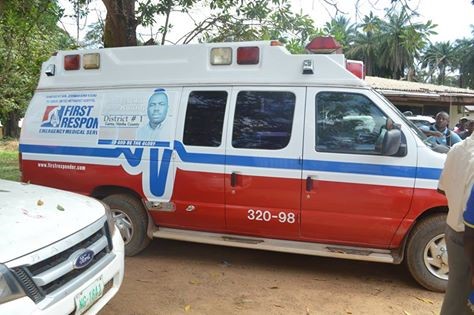 SANNIQUELLIE, Nimba â€“ The Nimba County Health Team says it lacks key resources that could hinder its efforts to contain the Coronavirus pandemic. Those resources include functional ambulances and isolation centers.

Speaking to reporters in Sanniquellie, County Health Officer Philip Sahr said all of the ambulances belonging to the county health team are too old, resulting in frequent breakdowns and costly repairs.

Dr. Sahr doubted that his team could swiftly respond to a Coronavirus case in the county because it would be difficult to get the patient out of the community, given the logistical challenges.

â€œIf we have a case today in any community, there is a need to pull that case out of the community to isolate it,â€ he said. â€œSo we are talking about the referral pathway which involves ambulance service. Thatâ€™s a huge challenge. Our ambulances are all worn out, very old, they break down quite too frequently and the cost of repair is just huge, overstretching our budget.â€

Additionally, Sahr said while the county health team has facilities that could serve as isolation centers for confirmed cases, those facilities are not well-equipped.

â€œTo hold any patient whether suspected or positive we supposed to have a place to keep them, infrastructure-wise, the structures exist, but they are not in the form we should have them in,” Sahr added.

He said he was working with county authorities to ensure that those facilities, located in Kpein and Saclepea, are ready before a case is reported in Nimba.

Sahr also disclosed that the countyâ€™s reserve of materials used to control and prevent infectious diseases have been depleted. Although a list of needed materials was submitted to the Ministry of Health, Sahr said there has not been any response yet.

In spite of the challenges, Sahr said the countyâ€™s Incident Management System team had been activated and the surveillance team was actively working, especially in border communities.

He cautioned Liberians against spreading falsehood about the Coronavirus, as that would impede efforts to contain the spread of the virus.

Meanwhile, the Nimba County Health Team says it has contained a measles outbreak in Tappita and Sanniquellie Health Districts.

County Surveillance Officer Isaac Cole said there were over 28 measles cases in Zeongehn, in Tappita Health District, and Ganta, in Sanniquellie Health District. He said the outbreak has since been contained and the affected children and those living in their immediate surroundings were vaccinated.