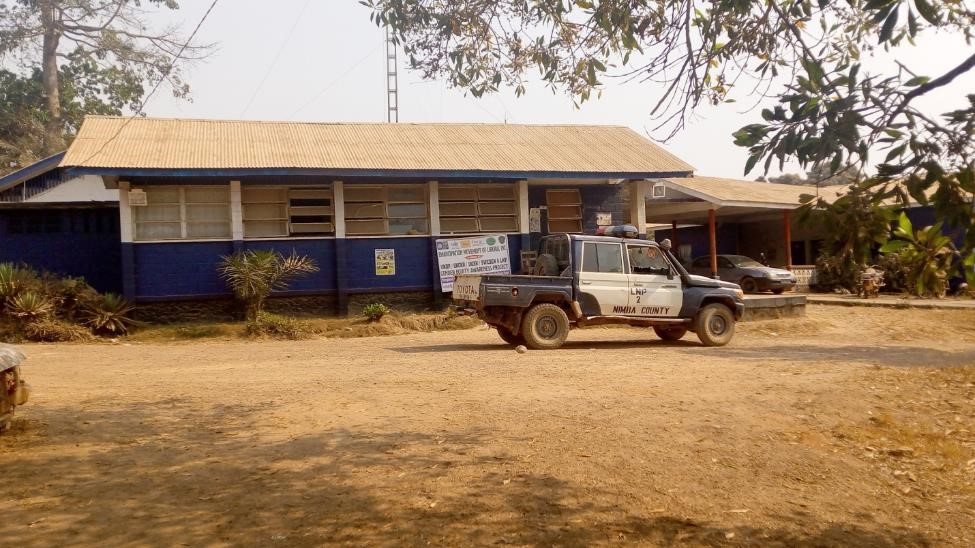 SANNIQUELLIE, Nimba â€“ Police in Nimba have charged three men with multiple criminal offenses after they allegedly attacked security personnel who were enforcing the state of emergency measures in Karnplay.

Police say the men, who were armed with cutlasses, scissors, knives, and other weapons, stormed the Karnplay Police Depot at about 5:30 p.m. on April 12 to demand the release of one of their colleagues who they say was being held by police for violating the stay home order.

The police further noted that upon arriving at the scene, the men began throwing stones and chanting slogans. Their actions reportedly left the roof of the building partially damaged.

The deputy police commander at the Kahnplay Police Depot, Sergeant Jonah Tuo, told investigators he was the only one at the depot when the men arrived and he could not calm the men. Further, Tuo said the angry men did not say who they wanted to be released.

Tuo narrated that after the men left the police station, they went to Zone Four Community, where the joint security was patrolling and began to attack them. They were then arrested and immediately transported to Sanniquellie out of fear that keeping them at the depot could have brought the station under heavy attack by those who managed to escape.

However, they have all denied attacking the security officers, although they admitted that they were outside around the evening hours on the day of the incident, and in violation of the stay home order.

Meanwhile, the County Attorney Pato Jarba, who chairs the countyâ€™s joint security team, told The Bush Chicken that the men have been remanded at the Sanniquellie Central Prison.

â€œThose men that attacked our officers in Karnplay will remain at the central prison until after the state of emergency before we will try them,â€ Jarba added. He hopes it will serve as a warning to others who want to resist security personnel who are implementing the governmentâ€™s mandate.

In the meantime, Jarba called on security personnel to exercise restraint and avoid police brutality. He thanked the team in Karnplay for professionally handling the attackers.

â€œThe constitution is not suspended,â€ he said. â€œMembers of the joint security are not above the law, likewise individuals or private citizens. The police should do due diligence in dealing with the public as it relates to the state of emergency. No one should also provoke the joint security because we do not want a situation where we will appear like putting the government against the citizens.â€