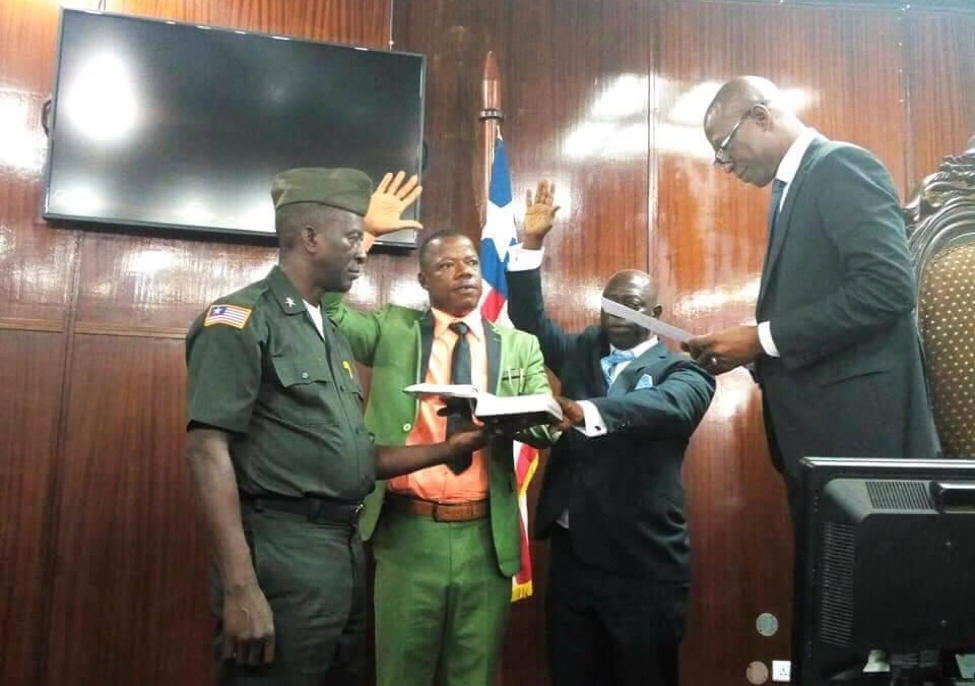 GANTA, Nimba â€“ All 11 Nimba lawmakers are now fully represented at the 54th National Legislature following the official certification of the final representative-elect from the October 10 representative elections.

Representative Gunpue Kargon was certificated on Monday, April 16 as the new lawmaker of Nimbaâ€™s fourth electoral district, and was subsequently inducted on Tuesday, April 17. He took over from Garrison Yealue, who served the district for only one term.

Kargonâ€™s induction on April 17 concluded the last of three disputed election cases recorded in Nimba by the National Elections Commission.

Several supporters, family members, and friends were present at NECâ€™s headquarters in Monrovia to grace the occasion. During the ceremony, Kargon expressed his joy for reaching the end of a long legal battle with the previous lawmaker, Yealue.

Kargon promised to foster peace and reconciliation in the district, after months of disputes.

â€œI am calling on both supporters of my camp and the camp of Hon. Yealue to come together as one for the development of our district and county, Nimba,â€ Kargon said.

The lawmaker also recognized the role of both NEC and the Supreme Court for amicably bringing the matter to a â€œsuccessful end.â€

During the certification, NECâ€™s Chairman Jerome Korkoyah admonished the lawmakers to enact laws that help safeguard the â€œindependenceâ€ of the elections body.

He added, â€œOur job is not to run behind politicians to fund this commission.â€

As Kargon officially takes office, he is expected to receive his allowances, benefits, and salaries for the past four months, as mandated by the Supreme Court in its final ruling on April 12 â€“ an amount worth US$60,000.