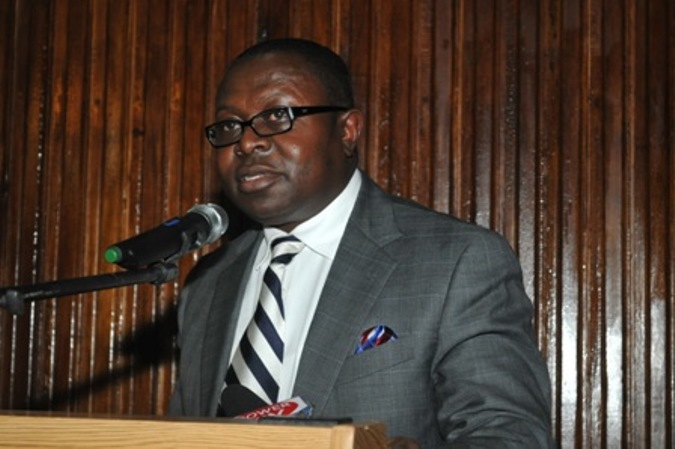 GOMPA, Nimba â€“ Superintendent Fong G. Zuagele has warned those making disparaging statements against him concerning the recent report to the Nimba County Legislative Caucus to refrain or risk being sued.

He said citizens should appreciate the fact that he provided the report to the public.

â€œBefore I came here, I was not aware of reports being [made] public and available for public consumption,â€ Zuagele said. â€œI am making it clear that anybody who says anything about me now must be prepared to prove it in the court of law.â€

Zuagele said the report is still in the process of finalization, but individuals using the media to make â€œunnecessaryâ€ statements must desist.

Zuagele added that he was â€œsick and tired of people making derogatory statements about me.â€ The superintendent said he had the power to demand that any radio station produces recordings of individuals who have been making the offensive remarks, suggesting that he could use the recordings in court.

In recent weeks, the legislative caucus has asked Zuagele to make changes in his report that was submitted in November 2016. The report details the expenditure of the US$ 1.9 million allotted for the 2015/2016 fiscal year.

Rep. Larry P. Younquoi of Nimbaâ€™s eighth district has said that the caucus had asked the superintendent to provide clarity on the information found in the report.

Copies of the report were also distributed to members of the local media, who have been analyzing the document, with mixed views. It is some of the views that have agitated Zuagele.

â€œThis time, anybody who says something about my reputation and thinks they will go to bed must get ready for my reawakening,â€ Zuagele said. â€œI am going to take you to court, and you must get ready to prove it.â€

Zuagele has vowed to put an end to individuals who he says are constantly making â€œreckless and irresponsibleâ€ statements about him in the media. â€œI am not going to take this nonsense anymore. It must stop,â€ he added.