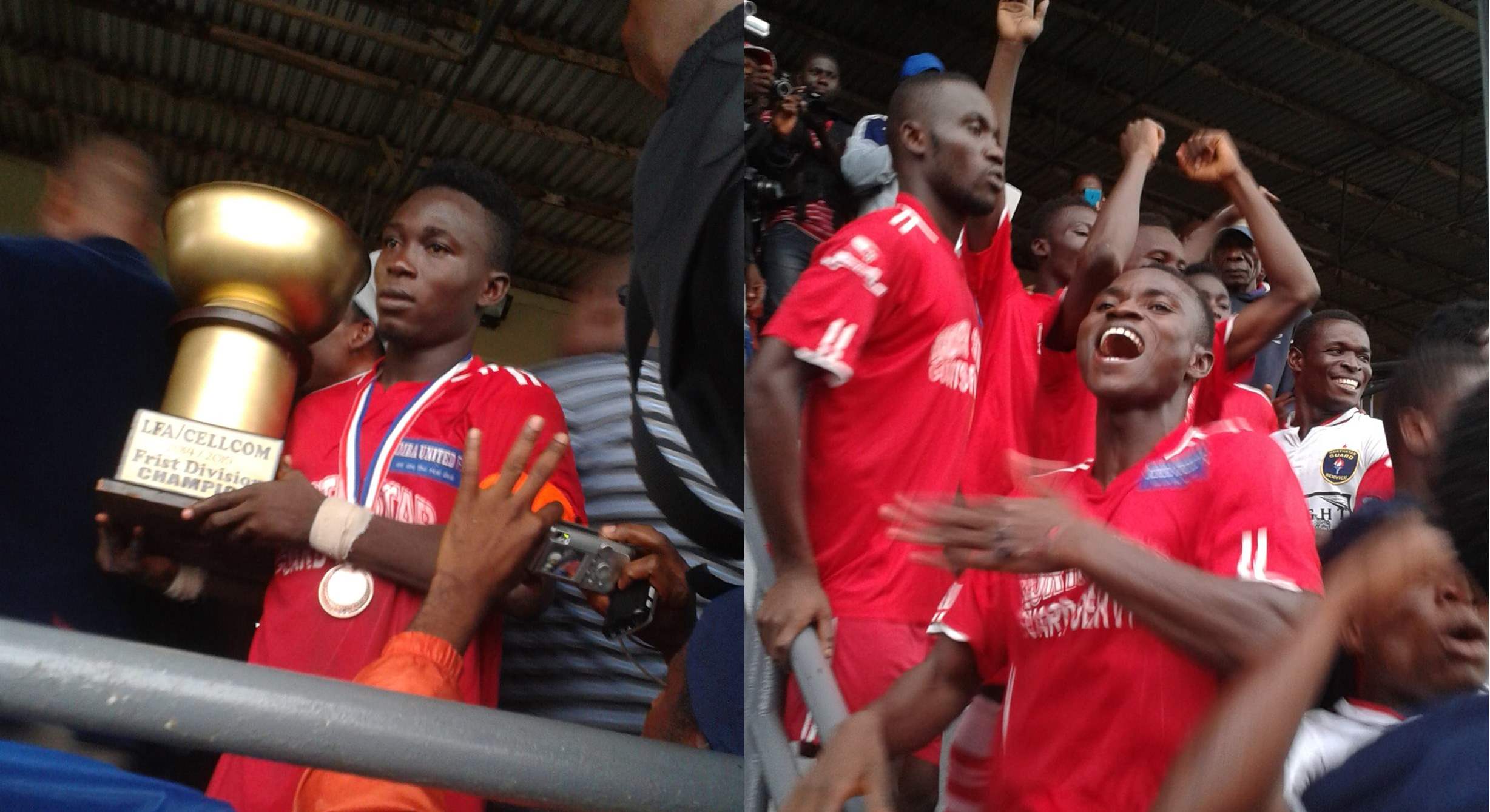 In its first championship title in the national league, Nimba United whipped the Shipping Boys of LISCR FC 3-2 in post-match penalties shootout at the Antoinette Tubman Stadium.

LISCR played excellently in the first leg of the finals matchup but failed to display their winning tactics as Nimba United controlled most of the match.

Nimba United’s captain Titus Cooper was the star of the game, delivering aÂ fineÂ performance that had fans chanting his name throughout the 90 minutes.

Referee Jerry Yekeh disallowed a goal from Nimba United in the 26th minute after claiming that striker Charles Adetu fouled an LISCR defender before shooting the ball to the back of the net. The “Mountaineers” – as Nimba United is known – continued their dominance in the match. However, their lack of capitalization on goal chances saw them head into penalty kicks with LISCR before becoming victorious.

Nimba United’s triumph over LISCR earned them the amount of L$1.2 millionÂ (US$13,636) as the cash price. They will represent Liberia in the 2016 Confederation of African Football Champions League, along with Barack Young Controllers II.