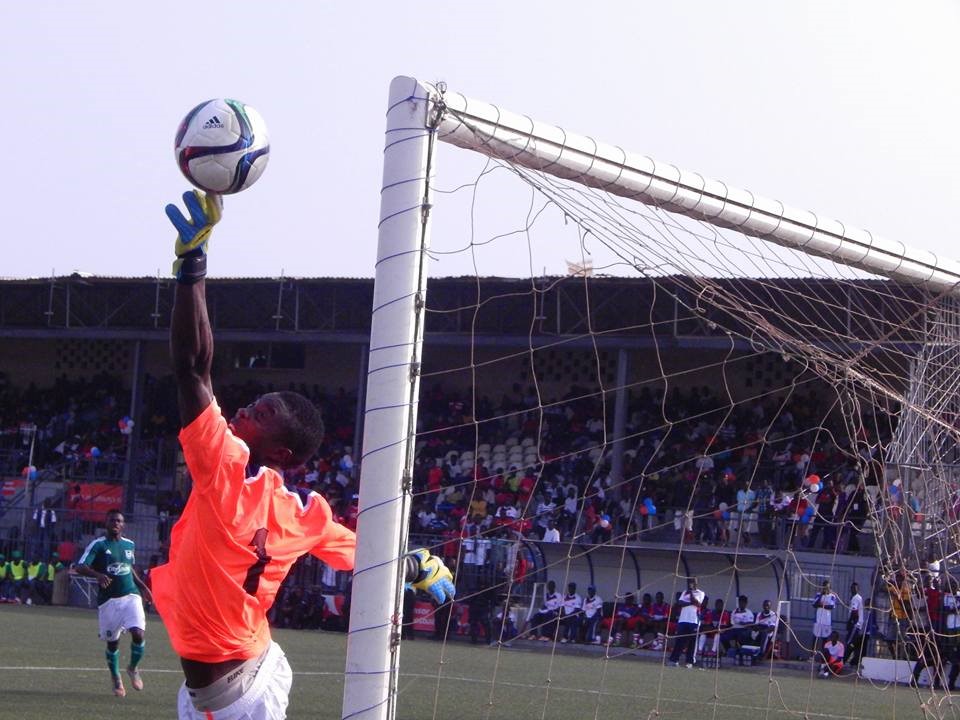 MONROVIA, Montserrado â€“ The performance of Liberian clubs in continental club events over the past years has been rather poor. Whether it is the Mighty Barrolle, Invincible Eleven, Barrack Young Controllers or LISCR FC, all have faced first round exits. The one exception has been the LPRC Oilers, which in 1989 eliminated three teams and reached the quarter-finals of the Confederation of African Cup.

This year proved no different as there was another poor performance by Liberia’s representative, Nimba United, which lost at home in the CAF Champions League first round on Sunday, Feb. 14.

Nimba United failed to impress in its first appearance in the CAF Champions League, losing 3-1 to Union Duala in the first of two games between the two teams.

Nimba kicked off the match brilliantly, controlling the ball in the first four minutes, but it was the Union Duala that got the curtain raiser. Samuel Nlend gave Union Duala an early lead, with a superb strike in the center of the net, taking advantage of a poor goalkeeping by Jeremiah Sickey.

Duala doubled its lead in 25th minute through Gerome Hentehou, who was left unmarked and headed in a goal freely.

The third goal was again disappointing, as Sickey conceded a feeble Nlend strike to make it 3-0.

Sickey was immediately substituted for the second goalkeeper Emmanuel Deanneh, who won the spectatorsâ€™ favor as he made three one-on-one saves in the second half.

Nimba Unitedâ€™s best scoring chance came through Franklin Mulbah, who was brought on for Sierra Leonean attacker Amadou Barrie in the 42nd minute.

Mulbah struck from the edge of the box but Duala’s goalkeeper, Moise Pouatry, made a brilliant save by tapping the ball over for a corner to Nimba United.

Back from the first half break, Nimba appeared much more organized as its players kept Duala in their half, but their poor finishing woes continued.

Nimba Unitedâ€™s consolation goal came in the 74th minute when striker Kossi Adetu ran past the Union Duala defense to tap in a ball after being set up by Darlington Pailey. Despite an easy 3-1 victory, Union Duala head coach, Joseph Diallo said his side had not qualified to the second round yet and still has a lot to do in the return leg.

“While it’s true, we won today, it doesn’t mean we are through to the next round,â€ Diallo told reporters after the match. â€œThe victory today wasn’t an easy one, and we are expecting a tough match on the return leg. Nimba United [players] are good, and they played well. We won’t underestimate them because we still have a lot to do.â€

The return leg is due in two weeks in Duala, Cameroon.