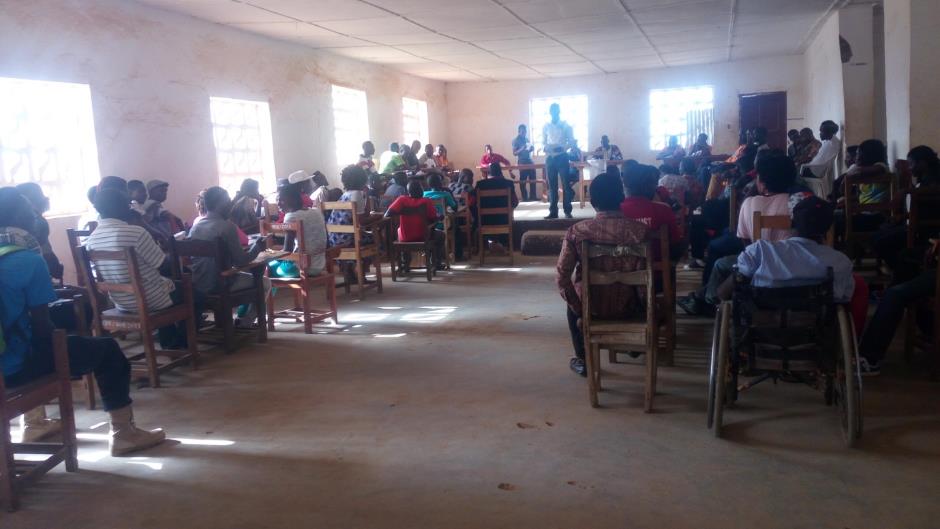 GOMPA, Nimba â€“ Students from 26 universities and colleges in Liberia congregated in Gompa last weekend for the Union of Nimba University Student Association to elect its first ever leadership to a two-year term.

The gathering concluded with election commissioner G. Glaman Turay announcing that Preston B. Loffen would serve as UNUSAâ€™s president. Loffen, from the United Methodist University, was challenged by Dahn Barpin of Cuttington University.

â€œOut of 75 cast ballot papers, Mr. Dahn G. Barpin of Cuttington University was able to receive 27 [votes], while Mr. Preston B. Loffen of the United Methodist received 48 votes,â€ Turay said. â€œTherefore, Preston B. Loffen is the winner of the election.â€

The UNUSA was formed in 2015 as an umbrella organization to bring together students of Nimba at institutions of higher learning across the country. At every university or college, students from Nimba belong to a Nimba University Student Association.

The new president, Loffen called for the continual existence of â€œunity in diversity.â€

Barpin, in his concession speech, thanked his colleagues for their confidence in him and promised his cooperation in working with the newly elected president of the association.

â€œComrade Loffen, with the confidence I have in this unique body, I am willing to work with you everywhere we go in your struggle,â€ he said. â€œWe will work as one family.â€