GBARNGA, Bong â€“ With 63 criminal cases on the docket for the November term of court, Judge Yamie Gbeisay of the Ninth Judicial Circuit Court has expressed particular concern about the overcrowded docket and the need for speedy reduction of cases.

The Bong court opened its November term on Monday, Nov. 11, with a call from Gbeisay to all legal practitioners, jurors, and court staffers to be dutiful, committed and dedicated to the cause of justice.

Gbeisay noted that there are too many people languishing in prison simply because lawyers and court officials are not diligent enough at their jobs.

â€œIf you want to be in a good book with me, be dutiful,â€ he said. â€œCourt staff, be behind your desks at 9:00 a.m. Lawyers, read your canon. The law requires that you defend your clients. Donâ€™t send in many excuses. Do justice to people.â€

To help reduce the cases at courts across Liberia, Gbeisay advised lawyers to frankly counsel their clients regarding the merits of their claims.

He advised lawyers to counsel their clients to abandon certain cases that would lack substance in court.

In remarks at the courtâ€™s opening, Bongâ€™s county attorney, Jonathan Flomo, welcomed Gbeisay to the court and pledged his full cooperation with the courtâ€™s mandate to dispense justice impartially. Flomo, while expressing concern over the rising crime rate in the county, also underscored the need for impartial jurors with commitment and sincerity to courtâ€™s duty to dispense justice.

â€œBase your work on the facts, on your caution, and not based on sentiments,â€ Flomo told jurors.

Flomo, in an interview withÂ The Bush ChickenÂ following the courtâ€™s opening, issued a passionate plea for support from civil society and the general public in creating awareness among the population to help minimize the prevailing levels crimes in the county.

For her part, Bongâ€™s county superintendent, Esther Walker, called upon the court to exercise vigilance and impartiality in adjudicated cases before it.

Of particular concern to Walker was the alarming number of land disputes in the county, which she said could disrupt peace among families and communities.

â€œToo many problems in Bong County over land,â€ Walker noted. â€œOne person was recently killed in a land dispute here. There are a lot of conflicting documents here over land. And we think that the court and the [Liberia] Land Authority should help us to address these land conflicts.â€ 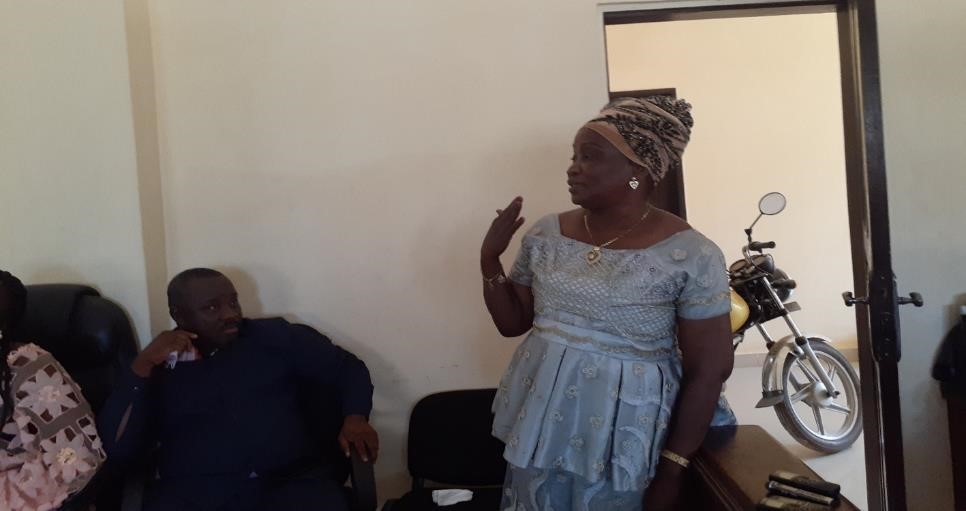 Also of concern to the superintendent was the perception of a witch hunt against local government officials by some magistrates assigned in various districts in the county.

She noted: â€œIn some areas here, when general town chiefs or clan chiefs are sued, the magistrates want to drag those chiefs to prison. It was not like that during [former president] Ellen Johnson Sirleafâ€™s tenure. Right now, local government officials are suffering.â€

While not encouraging the violation of citizensâ€™ rights, Walker expressed firm objection to the practice of some magistrates simply arresting, dragging to court, and imprisoning county officials simply on complaints by citizens without considerable civil or criminal magnitude. Such practice, the superintendent remarked, could erode the respect and authority of local county officials.

Flomo, the county attorney, addressed Walkerâ€™s claims by telling reporters that such complaints had not been brought to his attention and no other local government official had reported similar claims against the court.

In Foequelleh, Bong County fourth district, for example, a magistrate was reportedly chased out of court by a traditional masked figure because traditional leaders believed the magistrate had no authority to prosecute a traditional local leader, or Zoe. The Zoe had been accused of a civil breach against someone in the town.