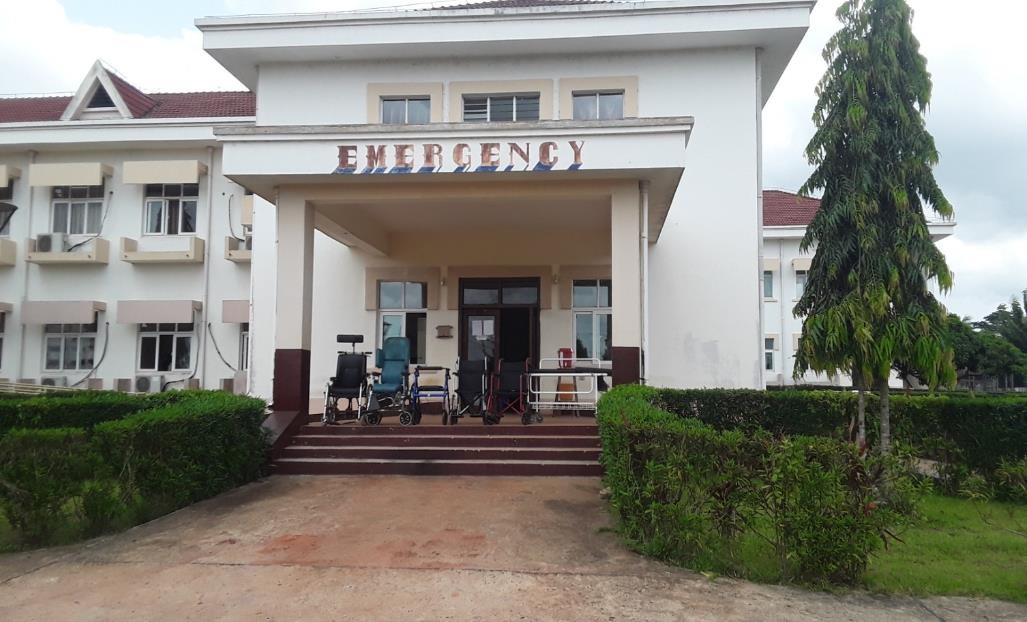 TAPPITA, Nimba â€“ The chief executive officer of the Jackson Fiah Doe Memorial Regional Referral Hospital has clarified rumors circulating in the district that a patient held in the hospitalâ€™s isolation facility died of the Coronavirus.

Dr. Saygbay Vanyabah explained that a patient that died at the facility was a police officer who was being treated for tuberculosis in Grand Gedeh before he was transferred to the JFD Hospital for further medical treatment.

Vanyabah said while at JFD, the patient was kept within the isolation center, awaiting more details on his illness before he passed out. Test results showed that the patient was not confirmed to have Coronavirus, the doctor said.

â€œI know you have heard some rumors about cases of COVID-19 at the JFD Hospital,â€ Vanyabah said. â€œBut he was not a COVID-19 as per the test result.â€

He said the hospital is currently investigating the death of another man believed to be a nurse from the U.S. who died upon arrival at the hospital. Darlington Gweh, popularly known as â€˜Don Patrick,â€™ a nurse from Minnesota, reportedly traveled to Liberia on February 28, 2020 and had been residing in Marshall, Margibi since arriving in the country.

According to the reports, he traveled to Zuotuo in Nimbaâ€™s ninth electoral district to pay the bride price of his fiancÃ©e when he became ill. However, he rejected recommendations from family members to go for medical checkup at the hospital for fear of being quarantined, since he was from the U.S.

Gweh reportedly later took some pills and fainted in the bathroom, later dying. His body was taken to JFD to establish the cause of death. Dr. Vanyabah disclosed that specimen from Gwehâ€™s body was taken for testing.

However, he said the hospital is hesitant to release the body to the family for burial. Although the body will be buried by the family of the deceased, the hospital wants to observe and supervise the process to prevent family members from contracting the Coronavirus, should the test result come out positive.

â€œWe are not taking chances because this virus has different presentations,â€ the doctor said.

â€œI am even [more] afraid of the virus than Ebola because if a person is infected with Ebola you will easily know once the infected person vomits or defecates. But in the case with Coronavirus, an infected person can be infecting other people and still look healthy in the street walking; this is a thing that makes it deadly. So we are taking all of the precautions we should take.â€

Vanyabah urged the public to trust the government and take the necessary health protocols in practicing social distancing. There has been a rumor going around the country that Liberiaâ€™s leaders are using the Coronavirus pandemic to get money from donors.

However, Vanyabah says if this was the case, the government would not shut down major tax-generating areas including the Roberts International Airport and all land borders that contribute millions of U.S. to the national coffers.

He urged people to stay away from entertainment centers: â€œThe beer and stout will not finish. We will have more beer and stout to drink only if you live â€“ thatâ€™s the time you will drink additional beer and stout. But now, we need to cease some of our liberties and respect the health protocols.â€