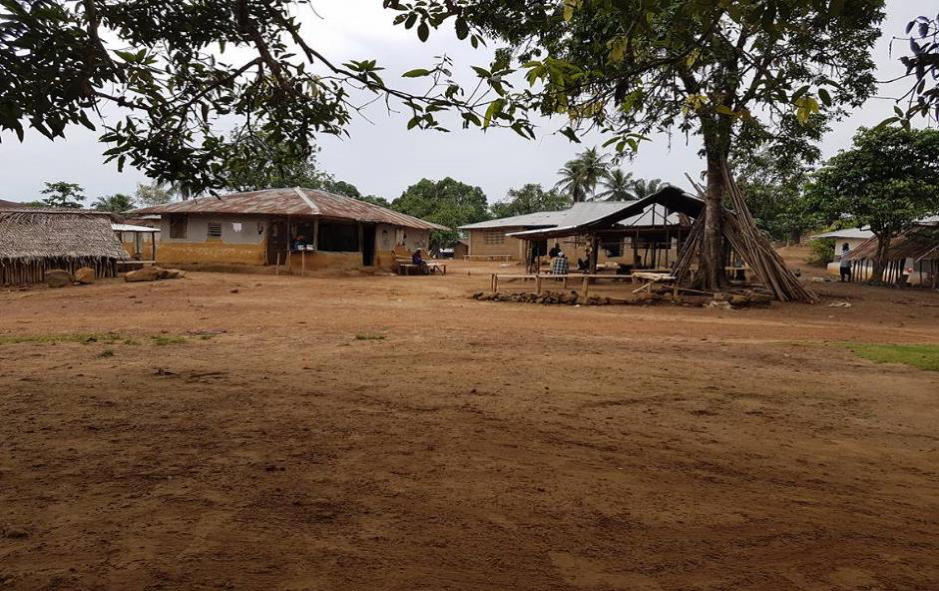 My one-month old daughter who was born in Wales will face some contestations about just how Liberian she is in the future. While I am aware of the struggles that lie ahead of her, I believe that she would want us to put the interest of our poverty stricken rural brothers and sisters above deciding whether she is a Liberian.

I believe that the clause in our Liberian constitution which restricts citizenship to people of Negro descent is a tad bit racist. However, I am of the strongest conviction that now is not the time to repeal that clause.

Mr. President, you said in your state of the nation address, “I am of the view that these threats no longer exist, and that these conditions have changed.” No, Mr. President, the threat of the Liberian Negro being destitute in his own country is as real now as it was in 1847. The only thing that has changed is the nature of those threatening and the methods being used.

Dr. Kwame Nkrumah echoed this cry in his book, Neo-colonialism: The Last Stage of Imperialism, that the new method of colonialism threatening to dominate Africa and Africans is not the military force used in the old occupy-and-rule colonialism, but a new form of colonialism that relies on the economic might of the colonizers.

In other words, if we allow non-Negros the freedom of the land with no protection for the poor and already deprived, they will come in and buy up everything. Buying is legal, so for most people, they would not see this as colonialism.

Mr. President, you were either misled by your speech writer or you might not have a clear understanding of the threats. Let me explain by using one of your examples. Eighty percent of land in Ghana is owned under customary ownership and has been so even before the British arrived in the 1800s, which meant it belongs to a group of indigenous people (families, clans, chiefdoms etc). The land cannot be sold without the consensus of the group, which serves to protect them.

So when the Citizenship Act of 2000 was passed to include natrualized Ghanaians and those born abroad, the threat of new citizens buying up all the land and leaving rural Ghanaians destitute was impossible. So Mr. President, the fundamentals of having land rights for citizens before allowing non-Negros to claim citizenship means that rural Ghanaians are protected from losing their access to land and the main source of their livelihoods to powerful and wealthy individuals.

We already have individuals in Liberia who form the current crop of political elites acquiring huge plots of land all over the country under the pretence of legal purchases. Imagine releasing the economic might of a George Haddad on Liberia’s land resources. There will be no land left for rural communities in a few years.

Again Mr. President, I would like to remind you about Sime Darby, Bong Mines, Firestone, and Golden Veroleum. All of these companies have invested billions of United States dollars in Liberia without owning the lands or properties in fee simple. Again let me use the Ghana example. Using an out-grower approach, companies in Europe are invested heavily in the Ghanaian pineapple industry without owning the land. They support small-scale farmers to grow the crops and then buy it from them.

Well, this is true, but what you fail to realize is that in the West, the dominant population is white. Let us take the United States as an example. In a 2002 report in Rural America, 96 percent of agriculture land in America was owned by white Americans.

Again, this illustrates my point that we secure land rights for indigenous Liberians first, and then we open up citizenship to non-Negros. Let me go a bit further. It took America 188 years (1776–1964) to recognise blacks as equal citizens. That was 101 years after Abraham Lincoln’s emancipation proclamation. Liberians are now allowed to buy properties in the States because the dominant class do not see them as a threat to their existence. That cannot be said for the dominant group in Liberia, those who live in poor rural communities.

You are right, Mr. President. The law on citizenship is racist and must be removed, but not just yet. As I suggested in a piece I wrote earlier this year, please fast-track the passage of the Land Rights Act in its current form so that the majority, the people you said voted for you to change their lot, can be protected.

The current draft puts a moratorium on sale of customary land for 99 years. In that time we can educate our people on the importance of not selling their land which is also tied to their identity and sense of belonging. Please Mr. President, protect our people first and then you can have your day in the spotlight for removing the racist component of our laws.