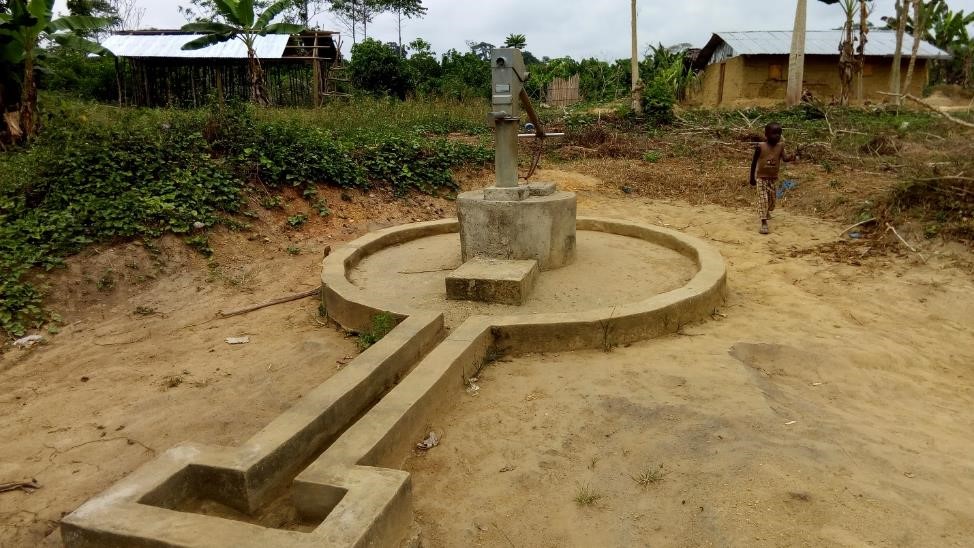 The settlement, which has 167 housing units and about 810 households, has only one hand pump, which is now dysfunctional.

Nowah Paye, a resident in the area, said the pump was constructed by the United Methodist ChurchÂ but was ruined a few months later due to overuse since it was the only source of water for the entire community.

â€œThe Methodist people built this pump for us, but it has spoiled because plenty of people were using it,â€ Paye said. Nowah Paye said the over 5,000 residents now get water from a brownish colored creek near the camp. Photo: Eric Opa Doue

According to Paye, over 5,000 residents in the area now get water from a murky creek near the town, primarily for washing and cooking purposes. Drinking water is taken from a deeper part of the forest.

Mama Kaba, an elderly woman in the area, said she buys more than one container for both cooking and washing purposes on a daily basis. She also expressed fear that the water conditions might cause health hazards if nothing is done. â€œFor me, if I am only using it for drinking alone, I use about three containers a day,â€ Kaba said. â€œBut if I am using it for cooking and drinking, sometimes I use eight to ten containers a day,â€ Kaba said. â€œThe water business is very serious in this campÂ because anybody can get a running stomach from the kind of water we are drinking here, so we are appealing to all the NGOs to help us with the hand pump.â€

River Cess is one of Liberiaâ€™s poorest and most isolated counties, with a majority of the population receiving water from forest creeks and rivers for drinking and other household use, according to the governmentâ€™s most recent county development agenda for the county.

According to the FACE Africa, an NGO that has been providing access to clean water in the county, a needs assessment survey reviewed that the county of 80,000 people had only 80 functioning hand pumps in 2012, with some communities completely lacking a safe water point access.