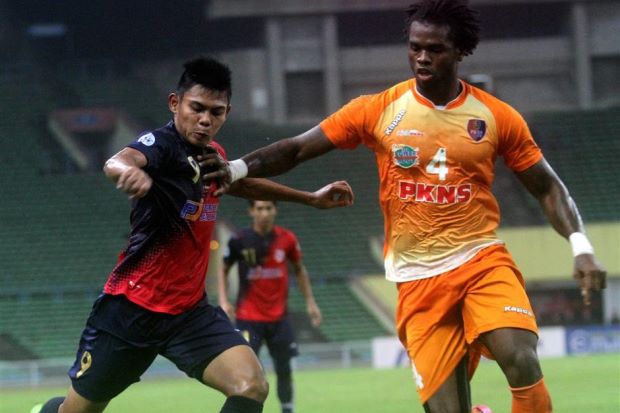 Round two of the 2017 Malaysia Super League appeared to be the worst for the Liberians in the league, who all failed to celebrate a win after some poor performances from their respective clubs.

There were heavy defeats for Zah Krangarâ€™s FELDA United and Patrick Ronaldinho Wlehâ€™s PKNS, while Francis Forkey Doeâ€™s Selangor was able to secure a point on home soil.

Having lost an away match at FELDA United on the opening day of the league, Wlehâ€™s PKNS again suffered defeat in their first home game of the season. A 3-1 loss to Kelantan at home denied The Red Ants a point.

A double from Lebanese striker Mohammed Ghaddar and a second half strike from Malaysian midfielder Mohd Radzi were enough to sink PKNS, which got its lone goal from Argentinian midfielder Gonzalo Soto.

The loss leaves PKNS second from the bottom on a twelve-team table with no points, and Wleh is yet to score in 2017. PKNS will play in search of their first point on Saturday, Feb. 4 when they host state rival Selangor FA.

Krangarâ€™s club, on the other hand, suffered a 3-1 defeat on the road at league defending champions Johor. Despite taking a lead, FELDA lost to their counterpart after a poor second half performance that saw them play with only ten men after Hasni Jamian was sent off in the 59th minute due to a red card.

FELDA took the lead at the Tan Sri Dato Hassan Yunos Stadium in the 22nd minute through Norshahrul Talaha, but saw the scored leveled five minutes later thanks to Johorâ€™s Fadhli Shas. After a first half draw, FELDA continued their fight for a point until the 59th minute when Jamian was ejected for a reckless challenge. Johor capitalized on the red card and took control of the match to get all three points on its home turf. They took the lead two minutes after the red card through a Gonzalo Cabrera goal before Brian Ferreira made the score 3-1 in the 64th minute.

With just three points, FELDA sits at seventh on the table.

Meanwhile, striker Doe was unable to help Selangor get a win against newly promoted Malacca United despite playing at home. After playing to a goalless first half draw, the visitors took the lead in the 69th minute, and looked to be walking away with all the three points until Selangor evened the score with nine minutes to play through their Romanian striker Victoras Astafei.

The draw increased Selangorâ€™s tally to four points from two games as they move to third on the league table.