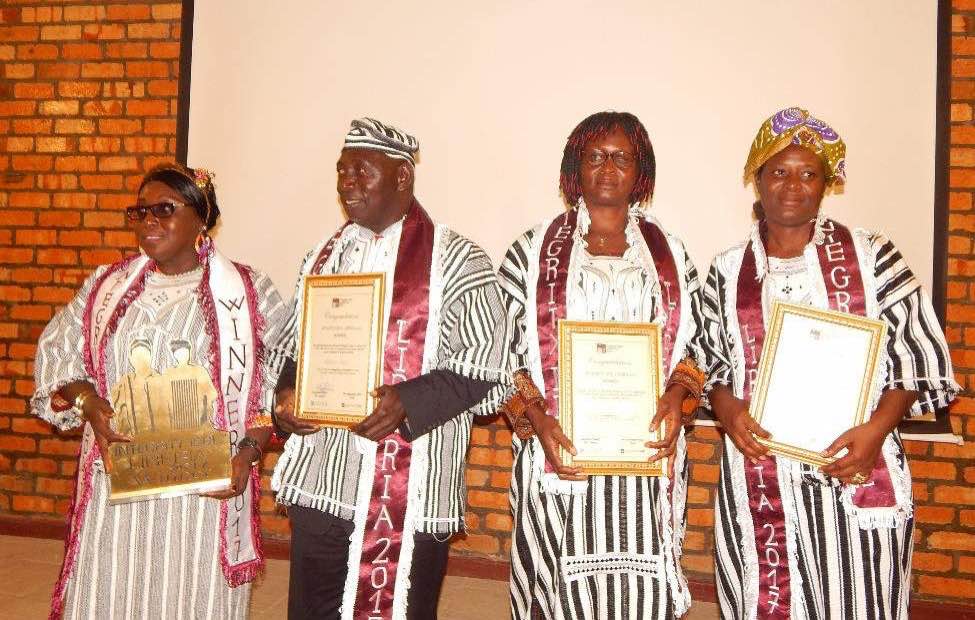 MONROVIA, Montserrado â€“ Accountability Lab has announced the opening of the period for nomination for its 2018 integrity Idol Liberia award, a program that has worked to showcase honest public servants in a country that perennially ranks in the bottom of corruption indices.

Integrity Idol was launched in Liberia three years ago and it has so far honored 15 civil servants and public officials for being honest in their duties and helping to transform society.

Announcing the official opening of nominations for this yearâ€™s idol, Accountability Labâ€™s Liberia coordinator, Lawrence Yealue, said there are more good than bad people in Liberia â€“ and those are who the program intends to continue to discover.

â€œThese unique people are diamonds in the dirt. The only thing we need to do as a people is to locate them; clean them; polish them; showcase them to the world and tell our story,â€ Yealue said.

He noted that, as the program is in its fourth edition of honoring honest public and civil servants, it is also incorporating those in the private sector.

â€œThe reason is that, Liberia is both private and public. So, if we leave the private sector out continuously, then, it means that corruption in private places will also be hidden, but we need to start celebrating people [in] places everywhere,â€ he said. Idols can be nominated online. The nomination will be followed by vetting, selection by an independent panel of experts, filming of finalists, and voting by members of the public for a winner.

Integrity Idol was first piloted in 2014 in Nepal, where it garnered over 4 million viewers. Yealue said after drawing upon the successful pilot in Nepal, the program is now currently in its second year in Mali. It has also been launched in Nigeria and South Africa, with talks ongoing to also launch in the Democratic Republic of Congo and neighboring Sierra Leone.

Knowing that naming and filming is one of the best ways to build idols of role models, Yealue said his organizationâ€™s hope is that Integrity Idol will go across the world, celebrating honest civil servants and telling their stories in a unique way to impact change.

Among last yearâ€™s finalists were a police officer and an officer of the Liberia Drugs Enforcement Agency. Yealue noted that the result showed that despite the corruption indexes highlighting Liberiaâ€™s security agencies as the most corrupt of government agencies, there are yet some honest individuals serving in the agencies.

â€œThis year, we are hoping to cover as many parts of this country to be able to identify potential candidates who are people of integrity,â€ he said.

Past finalists have always spoken well of the initiative and the level of prestige it has brought to them. They include the 2016 winner, Bockarie Sackilla.

Sackilla, who worked as a pharmacist at the government hospital in Bomi, said because of the award, he has earned a huge respect and admiration from the public. The award has pushed him to become even more motivated about his work and Sackilla said he recently completed a masterâ€™s degree in pharmacy from the University of Lagos in Nigeria.

Alphonso Rancy, a 2015 finalist, told The Bush Chicken that Integrity Idol is responsible for him continuing to remain in his post as a senior inspector at the Liberia Drugs Enforcement Agency, despite the change of government. He encouraged other members of security agencies to follow his footsteps by keeping their integrity and serving with honesty, despite low incentives they are receiving. According to the 2017 integrity idol finalist, even though he handles significant sums of money, he earns below US$125 monthly.

He said no amount of excuse is justifiable for anyone in the security sector to lose his or her integrity.

He, however, called on Accountability Lab to include better incentives for idols, as a means of providing encouragement to them.