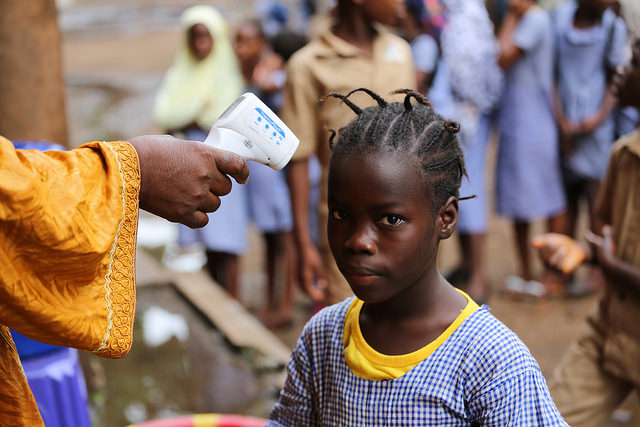 MONROVIA, Montserrado – A situation report released by the National Public Health Institute of Liberia on February 26 about the country’s preparedness for Ebola outbreaks has highlighted major challenges at healthcare facilities.

NPHIL reported an inadequate supply of infection prevention and control materials, an observation made at the Redemption Hospital in a previous Bush Chicken article.

Health authorities have not yet announced any confirmed Ebola cases in the country, but these materials are important to boost health workers’ ability to combat the virus and protect themselves.

As of February 26, there were 13 alerts about possible Ebola cases in four counties, including Montserrado, Nimba, River Gee, and Lofa. Three of those involved deaths. All tested negative although two of those cases “were reactive for Lassa fever,” the report said.

There was a case reported, on the same day the report was compiled, of a dead person in River Gee. The specimen was collected and headed for testing.

“Stock levels of essential medical and non-medical supplies are being assessed in all six counties with emphasis to those bordering counties with Guinea,” the report added.

“Two teams have been deployed to six counties to support the country health teams to conduct rapid infection prevention and assessment in bordering health facilities and post-occupancy evaluation.”

The report emphasized that health authorities have made available 400 pieces of specimen collection kits and laboratory technicians have been refreshed on biosafety.

It identified risk factors for a potential Ebola outbreak in the country, including the movement of people across Liberia’s porous borders with Guinea. It added that similar cultural practices and inter-marriages made it difficult to prevent people from traveling back and forth.

Although the Ebola virus has not yet been confirmed in Liberia, it continues to slowly spread in Guinea. Guinea’s Health Ministry reported that by February 27, there had been 13 confirmed cases and 4 suspected cases. Of those total cases, 8 have died. The country had vaccinated over 1,000 persons already.