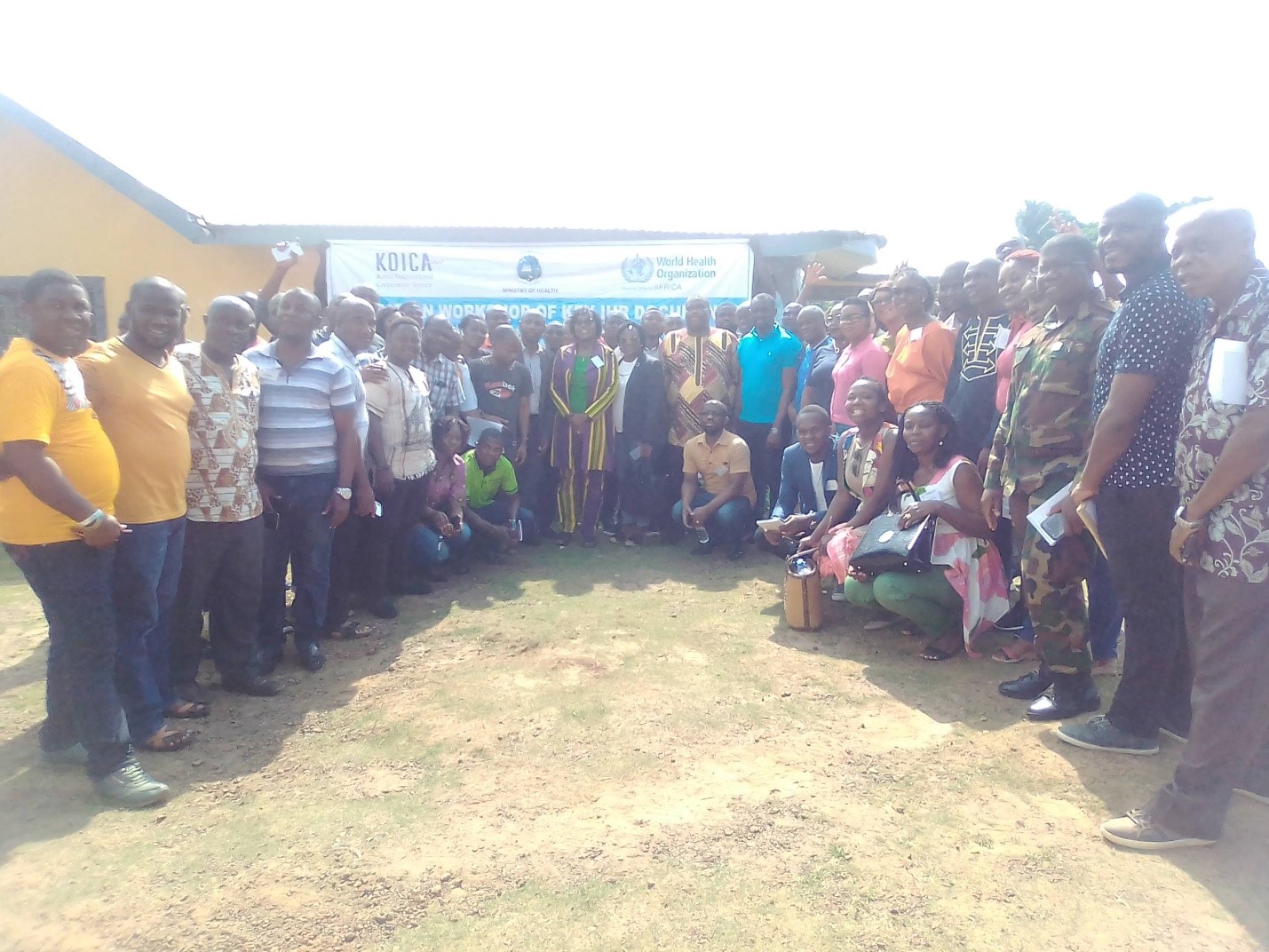 BUCHANAN, Grand Bassa – The National Public Health Institute of Liberia validated four important documents under the World Health Organization’s One Health Approach to public health. The One Health Approach is part of the WHO’s multi-sectorial strategy to monitor and evaluate a country’s healthcare capacities under agreed-upon international health regulations.

The validation exercise took place the weekend of Dec. 21 in Buchanan and saw the participation of relevant government ministries and agencies. The Approach is focused on preventing and responding to acute public health risks that can cross borders and threaten international populations.

The four documents which were validated in Buchanan included the Food Security Guidelines and Standard Operating Procedure, Foodborne Disease Surveillance Framework, the National Rapid Response Team Framework, and the Biosafety and Biosecurity Policy and Guidelines.

Speaking to the media at the event, acting director-general of NPHIL, Dr. Mosoka Fallah, noted that the validation was proof of the political will and Liberia’s commitment to international health standards.

“The world has agreed that to make the world a safer place, there have to be policies that will govern certain critical public health intervention, so that whatever that is done in Liberia is done in other parts of the world,” Fallah said. “And to ensure that happens, WHO sets up your counterpart to come and do what we called internal evaluation and the first things they look at are the documents.”

A central purpose of this multi-sectorial framework is to also clarify roles and responsibilities, or division of labor between ministries and agencies.

“What if there is a fire disaster? The team that should head the rapid response team is the National Fire Service, and in the case of flood, the National Disaster Management Agency,” he added.

Fallah’s words were echoed by the health minister, Dr. Wilhelmina Jallah, who also called on the relevant government authorities to take the multi-sectorial approach seriously.

“If we go back to the books, we will find out that these things were already written,” she said. “Now, we are just taking it and dusting it. Food safety is something that we should have been doing a long time ago; so, we should be working as a team in order to ensure that the food that is coming in the country or that we are consuming is not expired.”

The implementation of the framework is expected to be rolled out beginning early next year and will place Liberia on the path to One Health Approach compliance with other countries.

Monday Rude, the WHO’s technical lead for Liberia, described the validation of the One Health Approach as a milestone in Liberia’s efforts to improve the health system of the country. He pledged his organization’s continuous financial support to the program.