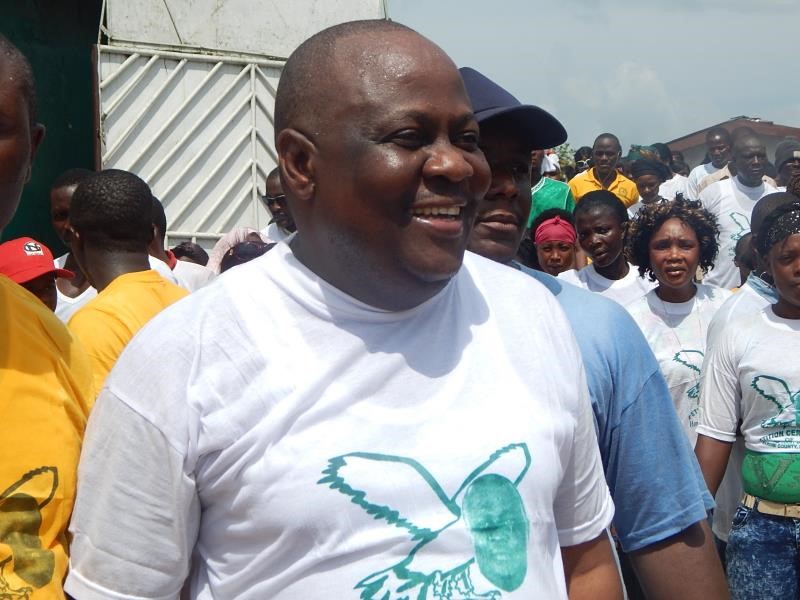 UNIFICATION CITY, Margibi â€“ Rep. Emmanuel Nuquay, the speaker of the House of Representatives, has called on citizens of all 73 electoral districts to retain their representatives during the upcoming elections.

â€œWe will campaign to ensure that hardworking and result-oriented lawmakers return to the capitol building after the 2017 elections,â€ said Nuquay, who represents Margibiâ€™s fifth district.

In return, a representative aspirant in Margibiâ€™s second district, Henric Marcus Speare, has called on citizens to reject Nuquayâ€™s call.

Speare said the appeal to retain all current representatives at their positions in the legislature is â€œa big political joke.â€

â€œI think [Nuquay] must have been joking when he made that statement,â€ Speare said. â€œWe cannotâ€” and this nation will notâ€” transition any legislator into the 54th legislature.â€

He said the current breed of lawmakers is responsible for most of the problems and hardships the country is facing and that keeping them in the legislature would further increase difficulties for ordinary citizens.

Instead of retaining the lawmakers, Speare suggested that all current lawmakers must be democratically replaced, beginning with the representatives in the 2017 elections.

â€œThey must give way to a new breed of Liberians who have this country at heart and are willing to protect the dreams and aspiration of Liberia,â€ Speare added. â€œThere are a lot of qualified and patriotic Liberians that are ready for this noble task.â€