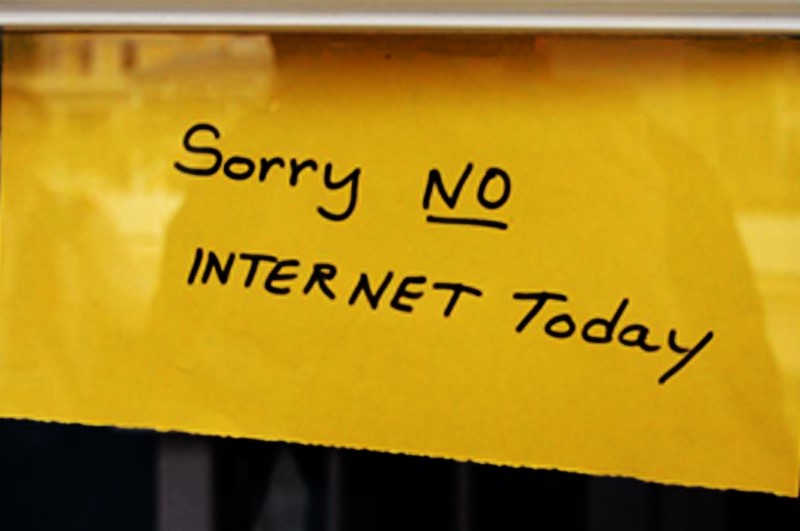 MONROVIA, Montserrado â€“ Within a span of 21 hours, internet access from service providers such as Orange, LonestarCell MTN, LibTelCo, and K3 Telecom went down twice across the entire country this weekend. Most service providers have attributed the outage to power issues at the Cable Consortium of Liberiaâ€™s facility.

The first occurrence came on the first night of the Coronavirus-related stay home order going into effect on Saturday, April 12 at around 11 p.m. The next morning, Orange sent text messages to its subscribers apologizing for the disruption in service, noting that the â€œdowntime was due to a power issue at [the Cable Consortium of Liberiaâ€™s] end.â€

A message later posted on Orangeâ€™s Facebook page placed the blame of the â€œslow internet connectionâ€ on power supply from the Liberia Electricity Corporation to the Cable Consortiumsâ€™ facility.

â€œLast night, we experienced slow internet connection,â€ the post read. â€œThis was due to LEC power outage at the Cable Consortium of Liberia, affecting Liberiaâ€™s connectivity to internet. Due to low voltage of LEC, equipment went to offline mode. This was completely out of our control perimeter but it has been restored.â€

Meanwhile, LonestarCell did not provide any acknowledgement of disruptions to its service and 21 hours later, the second nationwide internet outage occurred. According to Orange, this happened 8:01 p.m. and 8:38 p.m. Again, the same reasons were provided. This time, LonestarCell did acknowledge the outage, providing a similar reason as Orange and noting that â€œCCL is the company that provides the gateway access service that connects Liberia to the internet.â€

Internet service providers in Liberia connect to the web through the Africa Coast to Europe submarine cable system that stretches from Portugal to South Africa and connects to many countries, including Liberia, along the way. When internet users in Liberia receive and send data packets, they travel through the cable to the world wide web.

The Cable Consortium of Liberia was founded as a public-private partnership between the government and telecommunications companies to allow Liberia to benefit for the first time from connection to the high speed fiber optic submarine cable. All the service providers connect to the cable at the CCLâ€™s terminal station, located within LibTelCoâ€™s facility in Central Monrovia. Therefore, if the terminal station is completely taken offline, the entire country is impacted.

However, such facilities usually are built with redundancies in place, to ensure that backup power will be activated if the power outage suggested by Orange and LonestarCell occurs. It is not yet clear what was so special about the recent outages that could not be mitigated by the facilityâ€™s backup power supply. Efforts to reach CCL failed.