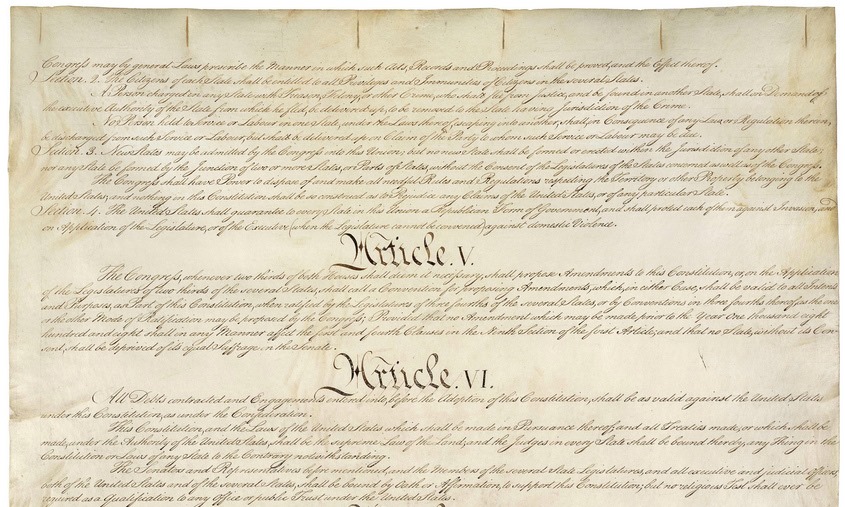 Liberians chose to vote outÂ secularism in favor of Liberia becoming a Christian nation.Â  Instead of holding an informed debate and heeding Liberiaâ€™s obligations under international human rights convention, members of the Constitution Review Committee and their advisors have become mere onlookers as we slowly slide into the dark ages. The justification many Liberians gave for removing its secular declaration is that Liberia is a Christian state founded on Christian principles.

In Liberia today, religious leaders have become part of the administrative fabric of the country commenting on government policies and, at times, influencing policy direction. Encouraged by religious zealots from abroad, African religious leaders full of â€œrighteousâ€ affectation have taken up a crusade to bring back hell and damnation and old time religion.Â  If Liberia was founded on Christian principles, as it has been touted by clergy and laymen alike, then it must be that they are speaking of the coming of the freed slaves and not of the natives (who were not Christians). Are indigenous beliefs not worthy of being protected in the constitution or is it just the â€œcivilizingâ€ religion that is worthy of such esteem? Liberia was never founded on Christian principles despite what many believe and what old documents espoused. Most of the slave owners (fervent churchgoers) and church leaders in America and England owned slaves. The first three presidents of the American Colonization Society kept their slaves: Bushrod Washington, its first president, owned slaves. Charles Carroll, the second ACS president, did not allow any of his 2,000 slaves to emigrate to Africa. Even James Madison, who was the organizationâ€™s third President and later became Americaâ€™s Â fourth president, owned over a hundred slaves.

The beginning of the ACS started off in response to the dilemma of what to do with the Black population in America. Robert Finley, a Presbyterian pastor, wrote a letter in 1815 to a colleague explaining, “Everything connected with their condition, including their color, is against them. Could not the rich and benevolent devise means to form a colony on some part of the Coast of Africa, similar to the one at Sierra Leone, which might gradually induce many free blacks to go…? Â We should be cleared of them; we should send to Africa a population partially civilized and Christianized for its benefits.â€

As the 13th Report of the ACS clarified, despite a philanthropic and religious face, the organization was formed for the sole intent â€œthat the slaves not be restored to liberty except for transportation; and that, as the free colored people never can mingle with the whites, the only practicable way of doing them good, is to remove them from their own country to the distant land of their forefathers.â€

A cover of one of the annual reports of the American Colonization Society.

The report continues, â€œthe present number of this unfortunate, degraded, and anomalous class of inhabitants cannot be much short of half a million, and the number is fast increasing. They are, emphatically, a mildew upon our fields, a scourge to our backs, and a stain upon our escutcheon. To remove them, is mercy to ourselves, and justice.â€Â  Charles Fenton Mercer of Virginia, one of the ACS founders, favored removal of the freed blacks because they were â€œevery day polluting and corrupting public moralsâ€ and furthermore â€œmore than half the freed blacks females were prostitutes and half of the males rogues.â€

At the first general conference of those that favored colonization of the freed slaves, Elias CaldwellÂ  explained, â€œIt was expedient because the free blacks have a demoralizing influence on our civil institutions; . ..Â  Africa seemed the best place to send them: â€¦.the climate was agreeable to the colored man’s constitution, they could live cheaply there, and above all other reasons, they could carry civilization and Christianity to the Africans. . . . With the promise of equality, a homestead, and a free passage, no black would refuse to go.â€

But refuse many did.Â  Most Blacks distrusted the ACS and made their opposition loud and clear. They claimed the US as their place of nativity and expressed outrage that they should be banished from a land they viewed as their own. Some went so far as to approve a petition in 1817 calling for colonization. The petition read, â€œWhile we thus express our approbation of a measure laudable in its purpose, and beneficial in its design, it may not be improper in us to say that we prefer being colonized in the most remote corner of the land of our nativity to being exiled to a foreign country… whether it would not be an act of charity to grant us a small portion of territory, either on the Missouri river or any place that may seem conducive to the public good.â€

However, this was to no avail.Â  The 15th report of the ACS resolved to appoint a committee to investigate removing free Blacks from US soil. Cloaked in pseudo-humanitarianism, its members in 1816 voted for the formation of an association for the purpose of deporting the free blacks to Africa.

So, Christianity served merely as a faÃ§ade for forced emigration. A lie told, a lie believed, and the rest is history. Â To sell this mass movement of people from America, the ACS had to mask the migration as a crusade. The organization had to sell the idea to the freed slaves that their removal was a grand undertaking, that of â€œcivilizing and Christianizingâ€ the â€˜savagesâ€™ in Africa. If indeed Liberia was founded on Christian principles, those principles were based on deception. Moreover, we are now faced with another â€œChristianizing and civilizing missionâ€ but this time it is a mission that we have to oppose. Christians worship at a Sunday service at F.D. Walker Memorial Temple of the Church of Pentecost. Photo: Ken Harper

The concept of state is a secular idea.Â  Religion does not need a secular entity to promote it.Â  Many states in the world, including some African countries such as South Africa, Botswana, Angola, Cameroon, Cape Verde, Ethiopia, Gabon, Guinea, Mali, Senegal, Rwanda, Zimbabwe, the Gambia, among others are secular. Â Senegalâ€™s population is 92% Muslim, yet Senegal has taken an unprecedented stand to declare itself a secular state. Progress in its truest form! Â As the most progressive thinker put it, â€œRender onto Ceasar the things that are Caesarâ€™s and to God the things that are Godâ€™s.â€

Indeed, if any religion is to lay claim to Liberia, it would have to be traditional indigenous beliefs and Islam.Â  Islamâ€™s role in Liberiaâ€™s history is an important one. The historian Yekutiel Gershoni noted that in 1820s Liberia, when the settlers were establishing themselves on the coast, â€œIslam was already practiced in the hinterland where it influenced some of the forest and coastal segmentary societies in the north, east and west of what later became the Republic of Liberia.â€

Gershoni continued, â€œBy the end of the fifteenth century, Islam had become an influential presence along the trade routes of the savannah region.â€ Â The Muslims not only influenced the other societies, but helped create trade blocs as well.Â  Another expert on Liberia, J. Gus Liebenow, wrote that â€œunder the leadership of Mandingo traders (who were Muslims), a loose trade confederation known as the Condo confederation was established.Â  This included the Gola, Loma, Vai, and Dey people, all of who lived among the trade routes that connected the forests to the coast.â€

I am not advocating for either religion or traditional beliefs to be the law.Â  Secularism ensures that all religion is equal under the law. The United Nations Development Programme noted in a 2004 report, â€œCultural liberty is a vital part of human development because being able to choose oneâ€™s identity â€“ who one is â€“ without losing the respect of others or being excluded from other choices is important in leading a full life. . . People want the freedom to practice their religion openly, to speak their language, to celebrate their ethnic or religious heritage without fear or ridicule or punishment or diminished opportunity.â€ The act of stating that a country favors one religion or asserts one religion above another in the law of a land is exclusionary. In the words of jurist and orator Robert Ingersoll, “To put God in the constitution was to put man out. Â [The framers of the United States constitution] knew the terrible history of the church too well to place in her keeping, or in the keeping of her God, the sacred rights of man. They intended that all should have the right to worship or not to worshipâ€¦ They intended to found and frame a government for man and for man alone. They wished to preserve the individuality of all to prevent the few from governing the many and the many from persecuting and destroying the few.â€

By its very definition, democracy means inclusion. If Liberia is to truly reconcile all within its borders and move forward, it must remain a secular state. As US Supreme Court Justice Harry A. Blackmun observed, â€œA government cannot be premised on the belief that all persons are created equal when it asserts that God prefers some.â€

If it is to give everyone the dignity and equality that each person deserves, our constitution must secure and preserve secularism. That means that all should be reflected in the laws of the land and we should begin the task of building a new Liberia, one not built on falsehoods, but on the core truth that we are all entitled to respect and equality under the law.Â  The founding lie has gone on for more than a century; it is time to set the truth free.

Editor’s note:Â Other sources used in this articleÂ can be found here.