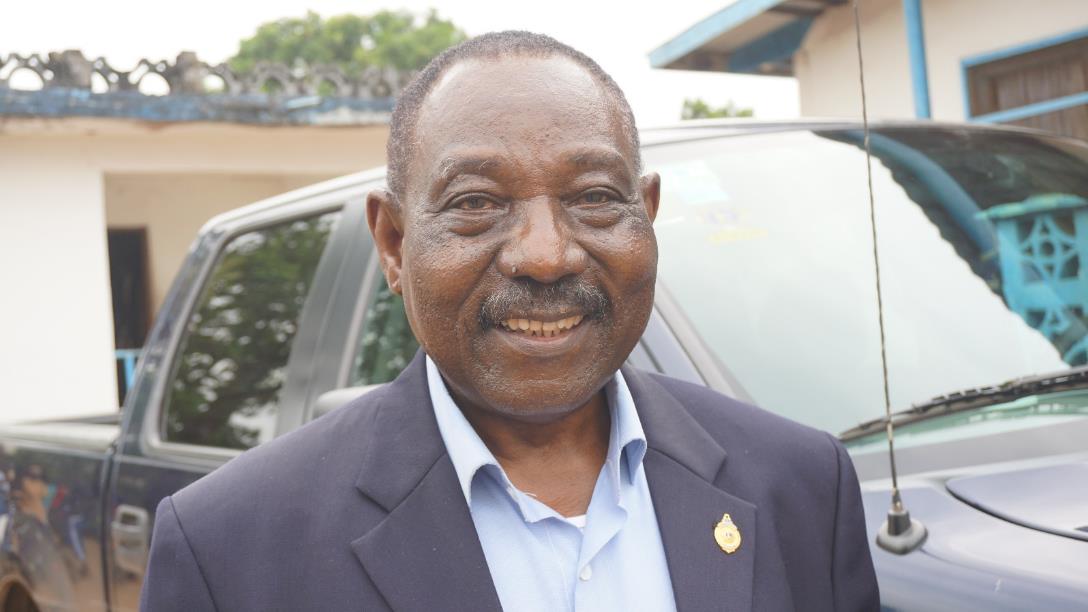 While there are three other doctors practicing within the field, Harris is the only born in Liberia.

According to Harris, most young people considering studying medicine do not view psychiatry as a viable specialty. Instead, they prefer areas such as surgery, internal medicine, and obstetrics and gynecology.

One of the reasons Harris cited was the lower pay associated with psychiatry, compared to other disciplines.

â€œDoctors think that they are more likely to earn a better living in these areas than psychiatry,â€ Harris said, confirming that psychiatrists earn a lower pay than other doctors. However, he did not give specific figures.

The prolonged civil conflict, coupled with the Ebola outbreak, means that there are many Liberians suffering from mental illnesses, even if they are not aware of it.

â€œPeople develop mental and physical illnesses, even without these unfortunate life situations,â€ Harris said. â€œMost of the mental illnesses are treatable and so it is important to be able to identify and treat people who are mentally ill.â€

There is only one mental health hospital in Liberia, the E. S. Grant Mental Health Hospital and the institutionâ€™s administrators often complain that they are understaffed. For its 376 patients, the hospital has only one psychiatrist â€“ Harris.

When he is not maintaining his private practice, the doctor visits the hospital every Tuesday and Thursday to review patientsâ€™ charts. In his absence, lower level health professionals care for the patients.

Harris says he is often frustrated when contemplating the enormous challenges with mental health in Liberia.

â€œI do the best that I can in some cases and continue to see what else to do to promote the field of mental health,â€ Harris said.

For example, he has been able to personally recruit a few young doctors to enter into the psychiatry field.

â€œA recent graduate is expected to travel to the United States in 2018 to do his post-graduate studies in psychiatry,â€ Harris said.

Additionally, the doctor has joined with other medical practitioners to develop a local post-graduate program. They hope to have doctors enrolling into the program in the next two years.

Moreover, Harris is taking a multi-disciplinary approach to train doctors in other specialties. â€œFor instance, [we are training] those doing internal medicine in the post-graduate program to be able to identify mental illnesses at their level and provide treatment,â€ he said.