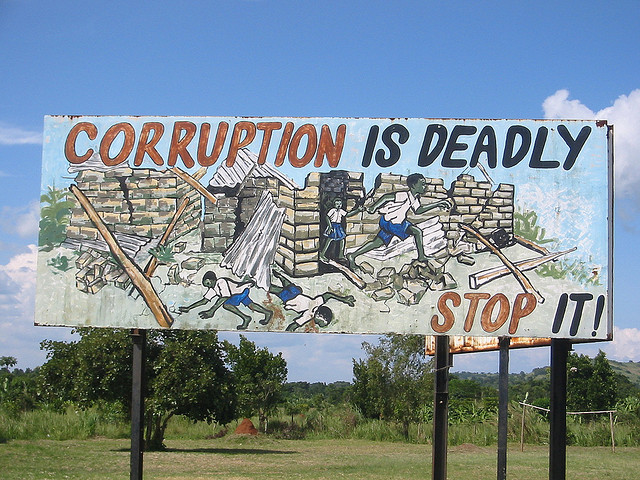 On July 25, 2018, I lamented our claim to independence for not taking ownership of our failings or actions within our control to change the trajectory of our nation. Having read the editorial by FrontPage Africaâ€™s Rodney Sieh published on 25 July 2019, I felt obliged to give a different analysis. There are some points in the piece that I agree with, but a lot I believe are misplaced. I would like to deconstruct the narrative proffered by my countryman, whom I respect and applaud for his excellent investigative reporting.

Quoting Dr. Fred van der Kraaij, Sieh argued that one of the reasons for corruption being embedded in Liberia was the lack of education of the freed slaves. That is factually untrue. It is well documented that Hilary Teage was educated in Sierra Leone; J.J. Roberts was educated, as was John Day and many others. One only needs to read the declaration of independence and the first Liberian constitution to confirm that the leaders at the time, although all not formally educated, had adequate fluency in reading and writing. So, to say that the cancer of corruption that we are marred with is due in part to their lack of education is questionable. If the early leaders were so incompetent, how were they able to conduct a legislative investigation, and find evidence that President James Spriggs Payne stole US$9,000 in 1864?

The second point that I would like to disagree with is the notion that young Liberians who did not get adequate education as a result of the war were now decision-makers in Liberia and contributing to the cycle of corruption. That is far from the truth. In fact, only President Doe could make a claim about having uneducated Liberians in his government. Let us go back to the Taylor administration, and look at the key people in decision making positions, how many of them were uneducated? Randolph Cooper, Monie Captan, Roland Massaquoi, Cyril Allen, Grace Minor, Nathaniel Barnes, Benoni Urey or Ellington Varmah were all educated decision-makers. The same can be said of Gyude Bryantâ€™s or Ellen Johnson-Sirleafâ€™s governments, both had educated and experienced Liberians; including Samuel Kofi Woods, whom Sieh quoted to illustrate his point.

There are some suggestions in the piece with which I can agree. For example, when Sieh wrote, â€œUnless we as a nation put country before self, we can only have ourselves to blame; and we can only expect more of the same.â€ That is true. Consequently, I agree with Dr. Elwood Dunn when he said, â€œIt is about studying our history to understand why we are in this predicament.â€ With that in mind, let me give my take on why we are in this predicament.

â€œAll hope of a favorable change in our country was thus wholly extinguished in our bosoms, and we looked with anxiety abroad for some asylum from the deep degradation.â€

This quote from the declaration of independence gives a clear peek into the mindset of the freed slaves and, to a large extent, their descendantsâ€™ sense of belonging to Liberia. While the freed slaves were the ones who declared Liberia an independent state, it was never for the good of all in contemporary Liberia. In fact, outside of Montserrado, Grand Bassa, Grand Cape Mount, Sinoe, and later Maryland was not considered parts of Liberia that was independent in 1847. The freed slaves saw Liberia as an asylum and not their home; America was and is still their home. Therefore, they built a system of governance built on corruption and patronage which served to ensure their dominance of the land and protection from anyone who was not one of them. The evidence is in the numerous articles and books on â€˜black colonialismâ€™ written by Liberian and non-Liberian scholars.

A lot of Liberians misunderstand the inclusion of indigenous Liberians into the economy during Tubmanâ€™s open-door policy as a change in direction from the freed slavesâ€™ elites in Monrovia to be more inclusive. The fact is, the open-door policy came at a time when Liberia was very attractive to foreign investment in land and mineral and, the population of freed slaves in Monrovia could not fill all the jobs that the new companies were bringing. As a result, indigenous Liberians had to take up those jobs.

Furthermore, interconnectedness and interconnections of globalization from the 1940s onward made it difficult to continue to enslave indigenous or significantly under-reward them without the world taking notice. Other constraints which enabled the change were the United Nations declaration on human rights and the League of Nations investigations of President Arthur Barclay. The money that the elites stole from Liberia ended up not in the development of properties in Liberia but in American banks.

Conversely, evidence from my recent research on land grabbing in Liberia suggests that indigenous Liberians never really bought into the concept of Liberia, largely due to the fact that they never understood the system of governance which benefited only freed slaves, eroded their ways of life and systematically excluded them from all decision making.

The problem that Liberia faces is that none of the two groups exhibits a genuine sense of belonging or nationalism toward the concept of Liberia. Just look around Monrovia â€“ all the properties belong to decedents of freed slaves who live in America, come home once a year to collect rent, and go back to their â€˜homeâ€™. Equally, indigenous are angry about that and try to change the status quo by voting in indigenous like themselves. The problem with that it the honey pot of corruption and patronage, the foundation on which the freed slaves built the concept of Liberia, is very tempting and swallows them up quickly as they too indulge themselves in it with the mindset of â€˜da our timeâ€™.