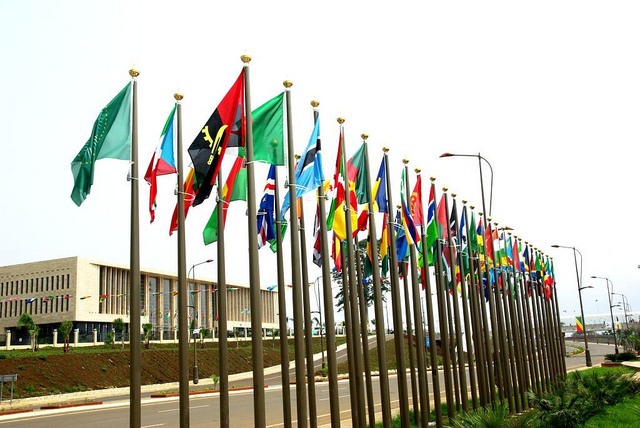 Nelson Mandela once said, “Overcoming poverty is not a gesture of charity, but the protection of a fundamental human right; the right to dignity and a decent life.”

In October 2002, UN Secretary General Kofi Anan reminded the world on the occasion of the International Day for the Eradication of Poverty that â€œExtreme poverty anywhere is a threat to human security everywhere.â€

Â In development literature, â€˜pro-poorâ€™ is a widely used term describing policies that directly target poor people, or that are more generally aimed at reducing poverty. Pro-poor policies are aimed at improving the assets and capabilities of the poor by getting them directly involved into policy formulation and structures leading to pro-poor outcomes.

Â In a remote town in central Liberia â€“ specifically, Garmu, Bong County â€“ a group of villagers said to me in a rather frustrating mood while conducting a household income survey, â€œWe have been sharing information about our poor condition for years now with NGOs and INGOs, but we have gotten no genuine solution to our situation. We have been living in extreme poverty for decades now, and there has been no concrete response from the government and its partners as though we were born to die in poverty. We have no choice, but to fight against poverty on our own in order to survive.â€

African nations were fully represented at the Millennium Summit in September 2000 which took place at the United Nations Headquarters in New York City. In fact, co-chairing this summit was an African Head of State, the former President of Namibia, Sam Nujoma.

During this gathering of world leaders, every nation made a global commitment to reduce extreme poverty by implementing a set of eight goals described as the Millennium Development Goals.

The first of the MDGs was for every country to meet a target of â€œeradicating extreme hunger and povertyâ€ by 2015.

According to the 2015 Millennium Development Report, the number of people living in extreme poverty has declined by more than half, falling from 1.9 billion in 1990 to 836 million in 2015.

Africa excluding North Africa reduced poverty levels from 56 percent in 1990 to 48 percent in 2010, a 14 percent reduction, which fell below the MDG target of 28 percent. These statistics suggest that there has been some level of progress worldwide, but from available data and realistic indicators, Africa is still moving at a snailâ€™s pace regarding reducing extreme poverty and improving the standard of living.

Even though most African nations did not meet the target of reducing poverty in 15 years by 28 percent, Gambia was a success story. This small West African country crossed the threshold of 28 percent and made the highest mark in Africa by reducing poverty by 32 percent.

There is a need for a strategic dialogue among African nations to eventually lead to the adoption of a more aggressive and realistic roadmap of eradicating this age old enemy (poverty) that continues to pose serious threat to regional stability, economic growth and genuine development in Africa.

While the 15 years between 2000 to 2015 was enough for Africa to halve its poverty rate, poverty remains prevalent across the continent due to preponderance of factors. Some of these include, but are not limited to: dependence on foreign aid and assistance, corruption, lack of political will, poor public and fiscal policy, bad governance, low awareness and participation, setting unachievable priorities, poor monitoring and evaluation, low economic productivity, etc.

However, this cannot be an excuse or justification for the dismal performance of African States during the implementation of the MDGs, especially Goal No. 1.

Having transitioned to a post-MDG era, can Africa step up its effort in achieving global anti-poverty targets? Yes, I believe so, but only if African states can adopt an aggressive pro-poor agenda.

The African Union must lead this process with a sense of unabated resilience, commitment, passion and audacity.

The African Union and its member states must answer some difficult questions.

Can Africa meet the Sustainable Development Goals by 2030? Can the African continent end poverty in all its forms everywhere in Africa by 2030 according to Goal No. 1 of the SDGs?

Can the African Union pass another 15-year test this time around after its massive failure in the implementation of the MDGs? Can the post-MDG or SDGsâ€™ era revive the hope of millions of Africans as the continent rambles in tatters?

Again, I want to say emphatically YES! There are greater prospects for a prosperous Africa, but these prospects can only become success stories if aggressive pro-poor interventions are made by the African Union and its member states. The need for a pro-poor and pro-majority agenda to take precedence across Africa cannot be over-amplified.

Again, the continent is under global spotlight. All eyes are on Africa once more to see whether it will rise above the expected targets of the Sustainable Development Goals. As millions telescope Africa from afar, there are still skepticisms by development specialists, global actors and civil society activists about Africaâ€™s ability to meet the 17 goals spelled out in the SDGs.

However, the 50-year â€œAgenda 2063â€ adopted by the African Union coupled with the first 10-year implementation plan and the Addis Ababa funding scheme are helping to minimize existing skepticisms.

Â In my mind, steps taken so far by the African Union through policy mechanism (Agenda 2063) are welcoming, but there are more challenging gaps to mitigate through consolidated and aggressive implementation.

The procreation of an attractive policy is good, but the adoption and implementation of an aggressive â€˜pro-poor agendaâ€™ is better. Building a strong middle class and increasing purchasing power through genuine and sustainable investment in Africa is doable, though long overdue. There may be many formulas to deriving this calculus, but the best formula Africa can use to arrive is the pro-poor agenda.Â Â

If the leaders of Africa today are sincere and realistic about transforming this continent and addressing the socio-economic nightmares of the people, then they must for once undress corruption and imprison it. They must place Africa above self. They must make the peopleâ€™s interest primary, not through words, but deeds. They must be ready to leave their comfortable zones and reach out to rural inhabitants especially in slum communities. They must be able to develop a strong appetite for an all-inclusive and intra-regional change by ensuring that public policies and developmental priorities are more practical and participatory through a framework of transparency and accountability.

It is time for the African Union and its member states to grow teeth by standing up and confronting increasing challenges on the continent through the effective practicalization of lessons learned from the MDGs era.

Reaching out to the poorest of the poor and the working people by increasing the standard of living across Africa is possible, but only through the proper management and fair distribution of public wealth. There is an urgent need to redefine and rebrand leadership in Africa, because people especially leaders of Africa today perceive it from diverse contexts and perspectives.

Some see leadership as an opportunity for self-enrichment while others consider it as a perfect deal to make the minority more powerful and the majority more powerless. Except for few who see leadership as a unique platform to selflessly serve the people and demonstrate the highest sense of patriotism and nationalism; most of the leaders see it as a means of amassing illicit wealth. No wonder why Africa has always been at the backyard of globalization and modernization. It is time to initiate a frank conversation around â€˜a poverty-free Africa.â€™

If Asia and South America are making it, why isnâ€™t Africa? Why must Africa always be at the bottom? The African Union needs to find a reasonable answer to this question. Even though Africa is the richest continent in terms of natural resources, it has one of the least gross domestic products.

The African Union has a statutory responsibility and a pivotal role to play in making sure that poverty is significantly reduced in Africa. The African people and the world deserve no excuse for Africa not achieving the SDGs by 2030.

Africa does not belong at the bottom. Rise AU, and inspire the leaders of Africa and their people to stop crawling and stand up, because time is running out. The AU must lead towards a prosperous Africa. From the coastal plains of Liberia and the top of Mount Kilimanjaro in Tanzania, I see a new Africa rising above the world.