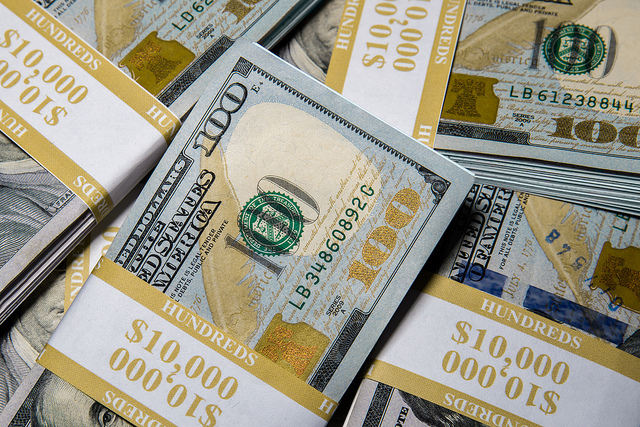 As the jubilation of Liberiaâ€™s historic presidential transfer of power has worn off, Liberians have settled back down into their daily routines. It appears politicians have too. Itâ€™s back to business as usual in Liberia, complete with lies, incompetence, and one of the biggest financial scandals in Liberiaâ€™s history.

The New York Times recently reported that containers loaded with US$100 million went missing late last year in Liberia. This happened in November 2017 in the midst of the presidential election. The cash had been minted in Sweden and shipped to Liberia (which is a typical arrangement), but is now unaccounted for. Fifteen persons of interest have been barred from travel, including Milton Weeks, former Central Bank executive governor, and Charles Sirleaf, deputy governor for operations at the Central Bank (and former President Ellen Johnson Sirleafâ€™s son).

Like most Liberians, Iâ€™m outraged, but not just about the gross incompetence and financial hit such a loss brings to an already impoverished nation. In the wake of the financial scandal unfolding in Liberia, I would like to outline the lasting impact it has on the country.

Iâ€™m already seeing the effects in my personal life in the United States. Iâ€™m currently in an investment club where I have been encouraging colleagues to take a second look at Liberia, and this financial scandal has created a doubt on my effort. This same doubt is likely to manifest on a much larger scale, affecting foreign investors and international aid.

Liberia had an opportunity after the peaceful presidential transition. While we all knew there was a lot of work to be done to continue to develop Liberia, we were filled with hope. Maybe, just maybe, we were on the right track. The rest of the world was watching, too. Maybe, just maybe, investors would see that Liberia had turned a corner.

If Liberia canâ€™t keep track of its own newly minted money, what does that say about its credibility and competence? Investors are willing to take risks, but up to a point. A scandal of this proportion is a huge red flag to investors, one that implies that investing in Liberia is a â€œsure thingâ€ â€” a sure thing to lose money, that is.

Fingers have been pointed at both the Sirleaf administration and Weahâ€™s. The first shipment passed through Liberiaâ€™s ports under Sirleafâ€™s watch, but a second one arrived in August this year under Weahâ€™s watch. No one appears to know what happened, and cabinet members have been issuing different versions of events and conflicting explanations. An internal investigation is underway, and the United States has indicated that it may assist in the investigation.

Meanwhile, the Weah administration has already proven its incompetence. Liberiaâ€™s Minister of Finance, Samuel Tweah, has come under scrutiny for lying to the country on numerous occasions. For example, he falsely stated that he made US$500,000 (nearly five times more than reality) at the African Development Bank before being appointed as finance minister. So, when Tweah states that the money is not missing, do we believe him?

This is enough for the finance minister to resign for the good of Liberia as he has misled the country and cannot be trusted.

The Culture of Corruption in Liberia and Impunity

As it is, Liberia is still considered one of the worldâ€™s poorest and most corrupt nations, currently ranked by Global Finance Magazine as the worldâ€™s fourth poorest country with a GDP per capita of just US$882. For perspective, the United States’ GDP per capita is US$57,466. Liberiaâ€™s ranking on the Corruption Perceptions Index remains near the bottom and has fallen 10 points since 2012.

The culture of corruption is deeply ingrained in Liberia. Iâ€™ve experienced and written about it countless times. Whatâ€™s more, public officials are rarely held accountable for their actions. Itâ€™s widely believed that corruption runs rampant at all levels of the government. The perception of corruption is enough to deter many people from investing in or traveling to a country. After all, most of us donâ€™t want our hard-earned money to line the pockets of a corrupt official.

President Weah recently raised eyebrows when he demolished his home soon after becoming president. The general impression among the populace seems to be that he now has access to money and must be planning to build a new home. And by access to money, itâ€™s the peopleâ€™s money theyâ€™re concerned about, not his personal assets or salary. In fact, though transparency was one of his campaign promises, heâ€™s yet to publicize his assets declaration. This lack of transparency leads to distrust â€” especially in a country where corruption is a daily fact of life.

When US$100 million goes missing in a country with a well-established culture of corruption, whatâ€™s your first thought? Corruption or an inside job seems more likely than a container ship sinking, piracy, or an international heist. Not only does this loss impact investment and Liberiaâ€™s credibility, it reinforces the negative perception of corruption in Liberia.

This is the biggest financial scandal in the history of Liberia. President Weah will have to resign if this scandal falls on his lap. Why? For starters, there will be tremendous international pressure on the president to resign if heâ€™s found to be liable. While Liberia may not be big on accountability and impunity, the international community is. Itâ€™s also difficult to run a country when the populace is against you. Political instability is a real concern, and Liberia has a troubled past. Finally, itâ€™s about country over individuals. Stepping down would allow the country to move forward from the crisis.

Below are a few action steps to implement while we await the results of the investigation:

All over the diaspora, people like me have been telling our friends and colleagues that Liberia is finally emerging, that itâ€™s worth a second look. Right now, we have to hit the pause button and call on the Weah administration to fix this, not for us, but for the good of the country.