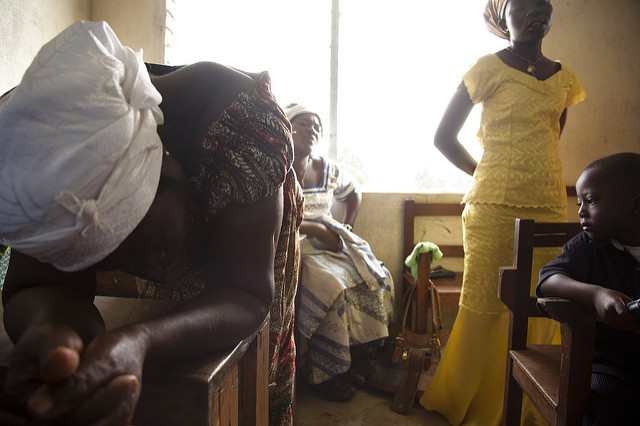 Africa, the cradle of humankind, is a diverse, and deeply spiritual, continent. Numerous religions are practiced across Africa with the main ones being Christianity, Islam, and Judaism. While religion has its place, there seems to be a higher influx of church prayer services in Liberia than there are schools or solid policies as a solution to poverty and Africaâ€™s other vexing problems.

Itâ€™s not uncommon for leaders to ask constituents to pray as President Peter Mutharika did this January in Malawi when he called on his cabinet ministers and all senior government officials to lead prayer vigils at mosques and churches to pray for rain. While science and technology may not be able to deliver rain on demand, government investments in drought preparation and response may be more effective than a prayer vigil.

Last month, the Government of Liberia observed April 13th, National Fast and Prayer Day, by closing businesses, public offices, and marketplaces for a full day in order to recognize Godâ€™s love and guidance. This holiday dates back to the late 1880s. While Iâ€™m all for acknowledging a higher power, I canâ€™t help but wonder what would happen if we spent as much time and energy on education as we spend hoping for divine intervention.

Increasingly, governments are reaching out to churches to pray for the prevention of failure instead of drafting a realistic platform to solve major issues. Not only are they passing the buck and doing nothing to proactively solve serious problems, theyâ€™re putting the burden on churchgoers. If they pray hard enough, perhaps God will act. If they fail, well then, maybe next time they should pray harder, longer, and with more conviction.

Shifting the blame from the leaders charged with fixing problems loosens what little accountability they previously had. People are told to stop criticizing governmentsâ€™ ineptitude and instead pray for them.

Itâ€™s an easy excuse, and it works because religion is deeply ingrained in society. People feel good when they pray; they feel a sense of accomplishment and fulfillment, that they are contributing to the greater good. Among the many psychological benefits of prayer are: hope, optimism, and gratitude. If the people are getting restless â€” or vocal, wouldnâ€™t a healthy dose of hope, optimism, and gratitude help to quiet things down?

Itâ€™s absurd that our leaders are able to get away with incompetence, failure, and inaction, but they largely do. They throw their hands up and deflect whatever criticism comes their way. Itâ€™s not their faultâ€¦ itâ€™s Godâ€™s willâ€¦ this problem is too big for mere mortals to solveâ€¦

Unfortunately, many congregations appear to accept this, willingly answering the call to pray and tempering their anger at a lack of progress toward solving problems like poverty, income inequality, illiteracy, corruption, and mismanagement. Like a dysfunctional family, thereâ€™s a risk that our response makes us enablers.

To further complicate matters, Africa is home to numerous controversial churches led by charismatic pastors, â€œhealers,â€ and self-proclaimed â€œprophets.â€ Millions of devoted followers believe in their ability to cure AIDS, heal the sick, communicate with spirits, and even raise the dead. In some African churches, worshippers feel stigmatized if they donâ€™t give enough money back to the church. Some worshippers are led to believe the more money they contribute, the better their path to heaven.

One of Liberiaâ€™s most troublesome problems is its dismal education system. According to UNICEF, Liberia is the worst country in the world for access to primary education; 62 percent of its children are not in school or are too old for their grades. Without education, problems like poverty canâ€™t be wished away â€” and the opportunities being afforded by science, technology, clean energy, and communications will be wasted.

More schools than churches would be something to think about if we want to solve our challenges. Rather than teaching our children to pray for our leaders to get better at their jobs, letâ€™s prepare them to take over those jobs, and to do so with competence and integrity. Letâ€™s teach them not only how to read, but how to think critically, and how to code. Letâ€™s equip them with the knowledge and skills Africa needs to stake its claim in the global economy and emerge as the vibrant, resourceful continent it should be.

This is not a criticism of religions or prayer, but we need to face reality and be more pragmatic. Itâ€™s comforting to pray, but itâ€™s also important to hold leaders accountable and make real progress toward solving Africaâ€™s problems.

One of Africaâ€™s greatest opportunities comes from science and technology, both of which have irreversibly transformed Africa. Science and technology have opened the doors to the world at large and are bringing new opportunities to African youth, but is Africa ready? We can pray about it, or we can do something about it. The reality of today requires a new approach, one that prioritizes education and creates an atmosphere conducive to growth and prosperity. We cannot get there through prayer alone. We must invest in our future.