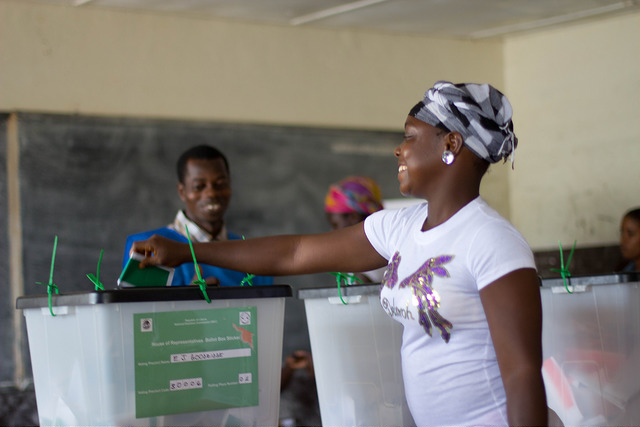 The 2017 election seasonÂ is fast approaching in Liberia. Ambitious individuals are making decisions on whether to contest elected positions while some citizens are petitioning personalities who they think can do a better job in representing them. Some of these petitions are genuine while others are staged. That is the beauty of democracy, though.

In the same light, top politicians and political parties are gradually rolling out plans to reach out to people in various parts of the country to present their platforms and win the hearts of the people to vote them to power.

Amid all the jostling for power, it is disheartening to know that most politicians wonâ€™t come close to fulfilling half of their promises. This is repeated every election season. And because of this, citizens have become frustrated with leaders who do not care about their well-being.

This can lead to a low voter registration and participation during the election. Sometimes, citizens sell their votes because they do not believe any candidate will deliver on their promises. On the other hand, candidates may not feel like they owe the people anything as theyâ€™ve paid for the votes.

These rituals fuel underdevelopment and economic hardship in the country. I believe that it is time Liberians begin to take action to effect immediate change in the country. We cannot keep doing the same thing over and over and expect to have a different result.

Community leaders and members must rethink how they give their votes out to candidates. In every constituency, citizens should identify their priorities. Instead of listening to politicians make promises they can almost never fulfill, the constituents must design their own platforms and only seek someone who they absolutely believe can deliver accordingly.

When candidates accept to take on the responsibilities, an agreement must be signed by the candidate and the community leaders while presenting the comprehensive platform and also clearly articulating the consequences if the deliverables stated within are not met within a specific period. Regardless of whatever status the person holds, this shall apply always.

The consequences must also be harsh, except otherwise justified appropriately. These can include calls for immediate resignation or leaving official duty without salary until investigation is done. Â I think if this is practiced in every community across the republic, we will have responsible people as leaders and not only people who seek â€œgreener pastureâ€ for themselves and their families.

Only if we hold our leaders accountable and make them pay for decisions that hamper the development of citizens can we have our country improve.

While we target those in national leadership, we must not forget the national youth and student leaderships, which should complement the efforts of national government to improve service delivery in the country.

Just like elected government officials, young people who are elected to serve in these various capacities must also be checkmated and guided by an agreement. These institutions must have stronger laws to oppose unfavorable actions by their leaders but guide them in making the right decisions.

When we elect candidates for what they can deliver, and subject them to harsh punishment when they cannot deliver, we will have committed leaders working to ensure that we progress in every sector.

Recently, some elected government officials were linked to a bribery case involving the London-based Sable Miningâ€™s attempt to influence a legislation to gain access to the countryâ€™s resources. This made the widest headlines in the media and citizens from everywhere requested those involved to resign their post or step aside from their official duties and face investigation.

However, there is no constitutional basis by which we can compel them to resign and none of the persons involved did. Not long after, nobody hears about that anymore. This is how weak we are in fighting the ills of our society. That is why we need mutual agreements that can effectively check and balance.

If we had made those leaders sign agreements stating that they would resign immediately or step aside from their functions if found to be involved with corruption cases while serving in their respective positions, we wouldnâ€™t need loud calls for resignationÂ were not successful, so far.

For too long we have suffered as ordinary Liberians while the ones we entrust with power continuously use the same power to suppress us and keep our potentials untapped. Because we are weak and cannot fight physically and we are poor and cannot fight legally, we must use our intellect and the power of the pen to punish the evil ones whose actions only keep our country in the dark.

While it makes sense to focus on elected officials, it is also important to include appointed leaders in government. They are sometimes the major reasons why the country only inchesÂ toward development. When the president is given the mandate by the citizens to serve the country for six years, there should also be standards required to be met by anyone who occupies appointed positions over a certain period, or be dismissed.

I also think people must apply for these positions, state their intent and what will be their deliverables after certain periods. Through an effective monitoring and evaluation system, these people must account for every day they serve their respective positions. We must take radical approaches if we need results that can transform our country effectively and efficiently.

We owe it all to Liberia to restore it to a better state, and this task is on the shoulders of every conscious person; especially the young ones. Therefore, we must change our way of thinking and acting. We the young people have the energy and intellect to effect change, but until we can realize and harness our potential, we will still remain future leaders and not leaders of today.