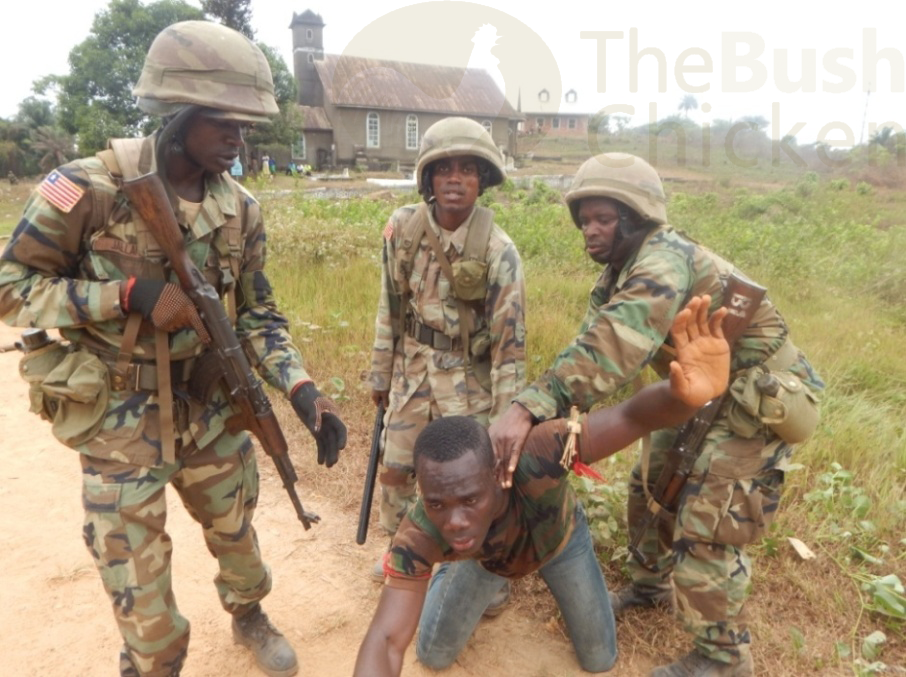 The rapidly increasing number of confirmed Coronavirus cases and deaths in Liberia has prompted the government to rightly take a drastic effort to contain the pandemic in Liberia. Yet, after Pres. George Weah declared a state of emergency on Wednesday, meant to curb the movement of persons and allow health authorities to better control the situation, I had a million questions running through my head.

What would the penalty be for those who are caught violating the stay home order? Would it be whippings at the order of Mary Broh or a fine?

What if a business stayed open for 30 minutes later than permitted? Could the army be ordered to come in and destroy or confiscate properties? Would businesses be issued warnings first? Also, does the government really expect restaurants to close by 3:00 p.m., way before most people order dinner? Wouldnâ€™t an 8:00 p.m. closure time be more reasonable to justify why proprietors should not just entirely shut down their restaurants during this state of emergency?

Are commercial motorcyclists or taxis allowed to operate? Yes, the president announced that â€œresidents may leave home only for essential journeys for reasons of health and food, which should be restricted to your local community only, and be limited to a single person per household for a maximum of one hour;â€ however, some communities may be so large that it could be difficult to walk with a sizeable load of goods to and from the market and public transport was not listed as exempt.

What if you had to make a trip to the bank? Are those trips exempt from the one-hour limit, given how inefficient banks in Liberia are? After all, not everyone had family members abroad who could send them enough money to last for three weeks. Along that line, are mobile money vendors or foreign exchange bureaus allowed to operate?

Moreover, I know the president said â€œpeople in the private sector are encouraged to work from homeâ€ but what about vulnerably employed persons? For example, are domestic workers who donâ€™t live at their places of work exempt? If not, how are they supposed to provide for their families?

Do private security guards qualify as â€œmembers of the security forces assigned to lawful dutiesâ€ to be exempted from their duties? Are the private guards allowed to be out 24 hours a day?

Must every individual actually stay within their homes or could they congregate outside? Given the fact that most homes in Monrovia are so inhospitable and allow such little airflow that theyâ€™re only good for sleeping at night, I doubt many people would actually stay inside their homes.

However, following the presidentâ€™s speech, a relevant government agency, such as the Ministry of Justice, should have prepared an exhaustive list that clarified many points. This document could have included all the specific categories of vulnerable workers who could be exempt under certain circumstances. It could have listed the specific economic activity codes that would be exempt, making it extremely easy for businesses to know.

It could have detailed the penalties, to avoid arbitrary actions being taken by members of the security sector. Already, I have heard news from Nimba where police officers are seizing properties for people deemed to be violating the state of emergency measures. Detailed penalties would also ensure that peopleâ€™s rights are protected by allowing members of the security sector to clearly understand what actions they should take in certain circumstances. With predictable actions from the security sector, the public will be more respectful and less likely to revolt.

Without well thought out and detailed regulations in place, Liberia risks descending into chaos. Weâ€™ve already seen in other African countries how dozens of lives have been lost by overzealous police and soldiers.

Itâ€™s time that our government acts proactively to publish detailed rules and regulations regarding the state of emergency declaration to ensure that we can focus the fight on the Coronavirus, without any unnecessary distractions.