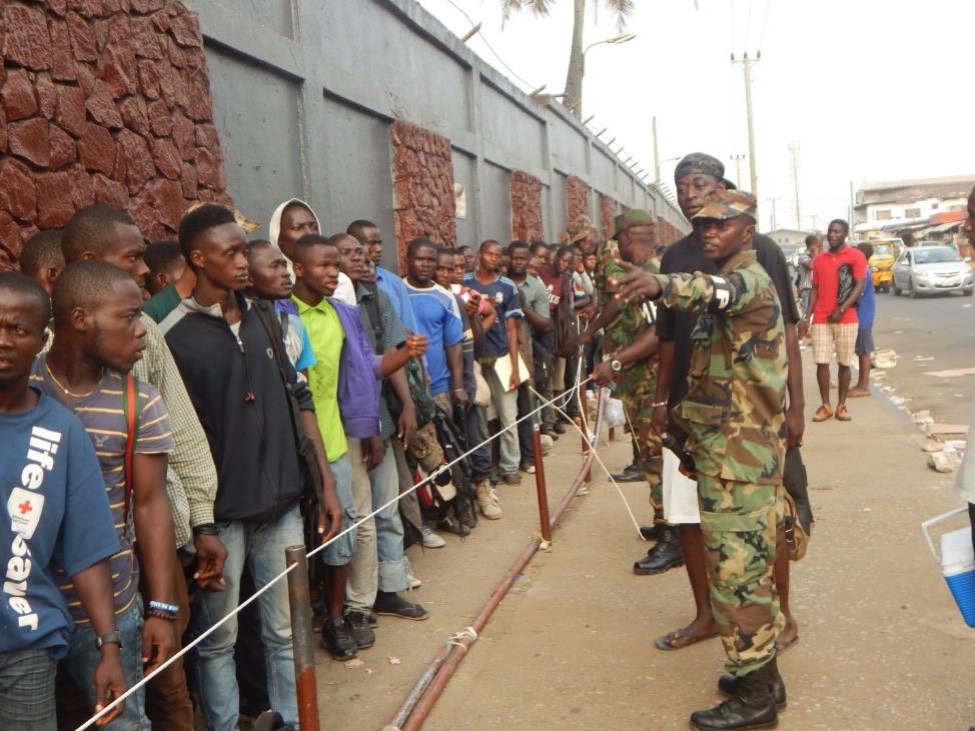 Yesterday was Armed Forces Day again and that came with the obligatory calls for increased funding to the armyâ€™s budget.

However, rather than join those calls, I would like to propose an alternate approach. I think Liberia is better off disbanding the army. Thatâ€™s right â€“ letâ€™s get rid of it completely.

Hear me out. The entire premise of keeping an army is predicated on the idea that it will help defend us â€“ itâ€™s basically an insurance policy against attacks. If we go by that basis, then the Armed Forces of Liberia is â€“ for lack of a better word â€“ useless.

Our 2,000-member army has to be one of the weakest army in the world. And itâ€™s not just the manpower â€“ itâ€™s also the logistical support. In fact, a report published by the U.S. Army War College Press notes that Liberiaâ€™s 2,000 soldiers â€œcould not defend the entire country should a full-scale war erupt, but the size was constrained by the governmentâ€™s ability to regularly pay soldiersâ€™ salaries, as precedent suggested unpaid soldiers were a greater threat to Liberiaâ€™s security than an invading army.â€

The Armed Forces of Liberia could not practically repel attacks mounted by Guinea, Sierra Leone, Ivory Coast, or other regional countries, not to mention countries with highly equipped militaries. Think about this â€“ if Liberia were to be attacked right now by another country, we would not, in all seriousness, depend on our army to protect us. Instead, we would appeal to the United States, ECOWAS, or the United Nations, to help us or levy sanctions against that country.

You might say, well, we need the army to protect us from possible rebel groups that could be spurred by political uprising. The thing is, too often in our past, we have seen that members of the army themselves have been the ones to start such uprisings or threaten the safety and security of the people. Samuel K. Doeâ€™s army-led coup in 1980, in addition to his and former President Charles Taylorâ€™s use of the military to commit atrocities are great examples of this. Just keeping an army of idle personnel who are trained to fight seems to be more of a threat than an insurance policy against threats.

In fact, the past atrocities of our military may be responsible for emboldening government officials to create ridiculous amenities to appease soldiers. For example, President George Weahâ€™s decision to build a military hospital for such a small segment of the population when existing hospitals are understaffed, under-equipped, and frequently running out of drugs suggests that he wants to appease the military to protect himself against future threats.

This gets me to another point â€“ the greatest threats to Liberiaâ€™s peace and security right now are internal, which the army is not built to fight. They include land disputes, mob violence spurred by a weak justice system, unbridled corruption, and economic hardships. These threats are way more likely to destabilize Liberia than an invasion by an outside force and the army is inadequate at fighting them.

As our country operates in such a tight fiscal space, we could save money by doing away with the army â€“ in fact, the entire Ministry of National Defense. Key elements of the army â€“ like the Coast Guard â€“ can be shifted under the Justice Ministry to continue providing useful services to the nation. We already have officers of the Liberia Immigration Service at border entry points, plus we have the National Security Agency and the police doing their respective jobs of safeguarding the nationâ€™s secrets and enforcing its laws. What do we need the army for?

You might, however, note that the army can respond to stranded citizens during times of emergencies and they have helped to recondition roads in the past. But donâ€™t we already have institutions that should be doing these things? It is the National Disaster Management Agencyâ€™s job to respond to disasters and prepare the nation to avert further effects. Similarly, the Ministry of Public Works is responsible for ensuring that roads are properly maintained. If those agencies are not doing their respective jobs, there should be consequences, rather than creating overlapping functions within other government agencies.

If youâ€™re still shocked by my suggestion that Liberia relinquish its military, know that Iâ€™m not the first to suggest this. Jacques Klein, the U.N. secretary general’s special representative in Liberia, had suggested in 2003 that Liberia should do away with its army because “armies sit around playing cards and plotting coups.”

At the time, Klein had recommended that Liberia build up its police force and a well-trained border security force of 600 to 700 men.

This is a step that Haiti took in 1995 when it disbanded its military that had interfered so much in its politics in the past. Over 20 years later, Haiti is deciding to reinstitute its army, but in a video interview with Vice News, even the countryâ€™s defense minister admits that part of the reason to bring the army back is â€œemotional.â€

In the same way, Liberiaâ€™s maintenance of a military appears to be based more on emotional sentiments than on logic, and itâ€™s only helping to siphon much-needed cash from other necessary agencies.