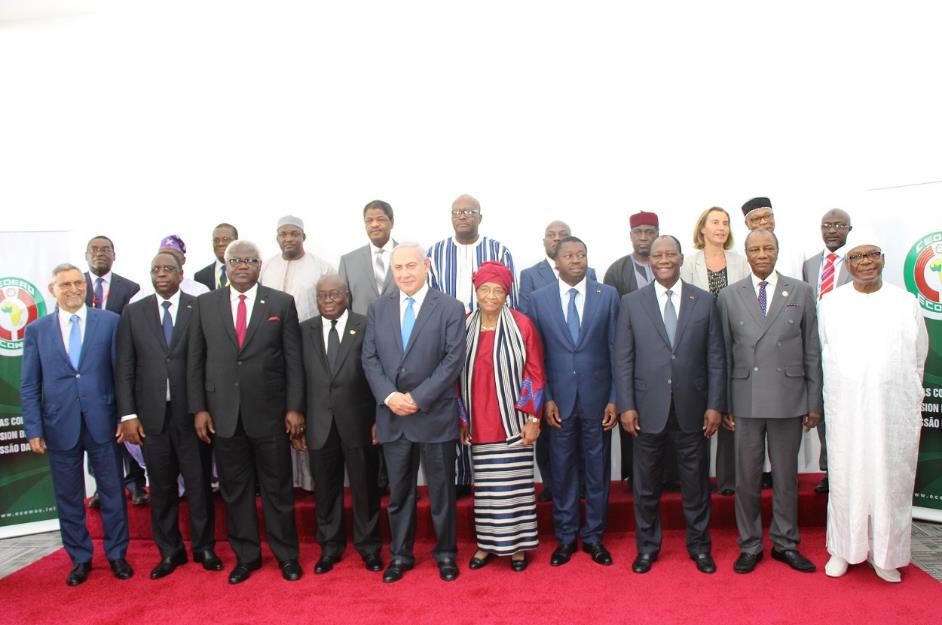 In August 1979, President William Tolbert, Jr. appointed Liberiaâ€™s first female minister of finance, Ellen Johnson Sirleaf. The vacancy arose in part due to the economic fall-out associated with the high cost of hosting the 16th summit of the Organization of African Unity in Monrovia the previous month.

Thirty-eight years later, Sirleaf herself is now president and Liberia has finally hosted another major meeting of a regional political body, the ECOWAS Summit of Heads of State and Government.

In her autobiography, Sirleaf termed Tolbertâ€™s desire to host the OAU Summit as â€œunwise, if not dangerous.â€ She criticized the meeting as â€œâ€¦a place where people went to read long speeches and go to cocktail parties. It was a menâ€™s club and, in many cases, a dictatorâ€™s club.â€

While Sirleaf and ECOWAS gained much-deserved credit for their recent stand for democracy in The Gambia, the gendered aspect of that statement certainly remains applicable to ECOWAS and its incoming chair is Togo, a nation that has been ruled by the same family for half a century.

Despite its history as Africaâ€™s oldest republic, the role of Liberia in articulating and promoting pan-African unity is relatively unknown. With the notable exception of Press Union of Liberia forums, there are few commemorations in Liberia of Edward W. Blyden, a former secretary of state who is considered one of the greatest pan-African thinkers of the 19th century.

This legacy, like much of Liberian history, is muddled by the civil war and the preceding exclusionary domestic policies of 130+ years of Americo â€“ Liberian rule. However, the Americo â€“ Liberian administrations of William Tubman and Tolbert, who governed when Africaâ€™s liberation struggle was at its peak, were highly active in supporting African decolonization.

Nelson Mandela, Joshua Nkomo, and Sam Nujoma, leaders of the independence struggles in South Africa, Zimbabwe, and Namibia respectively, all visited Liberia and received support from the government. The OAU itself is considered to have been conceived in 1959 in Sanniquellie at a meeting with the heads of state of Liberia, Guinea, and Ghana.

Despite Sirleafâ€™s criticisms of Tolbert and the OAU as a useless club of chauvinistic dictators, it is Sirleafâ€™s recent ECOWAS summit which has reversed, in two highly significant cases, Tolbertâ€™s international diplomacy to promote self-determination and justice.

In 2016, 28 members of the African Union, including Liberia, called for the organization to reverse long-standing policy and suspend Western Saharaâ€™s membership in the organization. Earlier this year, Morocco was readmitted to the AU.

This move was a repudiation of President Tolbertâ€™s efforts to find an equitable resolution to the crisis in Western Sahara. At the time of his death in 1980, he was working closely with the Five Wise Men, members of an OAU ad-hoc committee mediating the Western Sahara crisis, which included celebrated African leaders like Julius Nyerere.

At the 1979 OAU meeting, the foreign minister of Morocco stormed out when a resolution in favor of a referendum for self-determination in Western Sahara was approved. Several months later, Tolbert hosted the Wise Men at a Summit in Monrovia, which Morocco refused to attend.

At the Monrovia ECOWAS Summit, the organization followed the AU line and agreed â€˜in principleâ€™ to admit Morocco, a colonizing nation, as a member. However, Moroccoâ€™s fragile engagement with regional summits continues as King Mohammed VI canceled his participation at the summit at the last minute due to the participation of Israel.

Liberia traditionally enjoyed close relations with Israel. It voted for the establishment of the country at the United Nations in the 1940s and Israel opened a consulate in Liberia in 1954.

However, following the Yom Kippur War in 1973, President Tolbert severed relations with Israel. At the OAU meeting in 1979, he boldly proclaimed, â€œAfrica still cannot accept the presence of Israel on Arab lands which were occupied as a result of warâ€¦we must urge the complete withdrawal of Israel from all Arab lands occupied during the 1967 conflict.â€

The policy of non-recognition was reversed by the soldier who overthrew Tolbert, Samuel Doe. In 1983, Doe became the first African leader outside of Egypt and apartheid South Africa to visit Israel in over a decade.

In hosting the Israeli Prime Minister, Benjamin Netanyahu, at the recent ECOWAS Summit, Sirleaf is aligning with Doeâ€™s militarism and distancing herself from Tolbertâ€™s international peace-building efforts.

In his address to ECOWAS, Netanyahuâ€™s remarks that â€œAfrica and Israel share a natural affinityâ€ due to a shared history of external control would certainly have dismayed Tolbert for the depth of their hypocrisy.

President Sirleafâ€™s relationship with the Americo-Liberian elite and the True Whig Party, which promoted her to the highest ranks of government, appears unresolved. She regularly emphasizes that she has no American lineage and says claims to the contrary were used to try to halt her political career. She has made no significant efforts to pursue closure regarding the circumstances surrounding the 1980 coup.

Unlike the movement for transitional justice following the recent political changes in Burkina Faso, she has not actively led similar efforts, such as an attempt to recover the presidentâ€™s body or to determine how his son, Adolphus Benedict Tolbert, was dragged from the refuge of the French embassy and murdered a few months after the coup.

However, she has appointed a significant number of Tolbert relatives and members of his cabinet to her own government.

Sirleaf is often praised for drawing on her experience with international financial institutions to get Liberiaâ€™s debt canceled. Her background straddling the Congo/indigenous divide would appear to be similarly positioned to allow her to help Liberia overcome a long-standing source of significant tension.

Unfortunately, by repudiating several of President Tolbertâ€™s more progressive stands for international justice, Sirleaf has sold out to expediency, weakened her legacy as a peace builder, and further undermined memories of Liberiaâ€™s historic support for pan-African ideals.