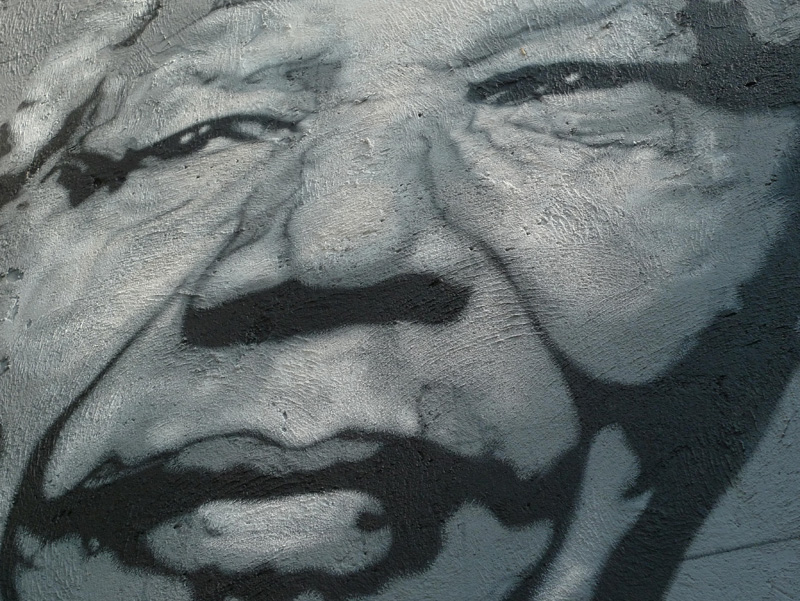 The Mother City, as the city of Cape Town, South Africa is known, boasts of a high influx of tourists year-round. I joined their ranks when I visited from June 21st to July 6th. I saw a remarkable city transitioning from its dark days to the reality of the time.

Cape Town is a city on the rise and comparable to any city in the West. The old hand of European predominance in terms of ownership from the apartheid era to the new generation continues to be a concern. The level of ownership by white South Africans is the current topic of discussion as the government struggles to create a level playing field.

Everywhere in Cape Town â€” and the entire country of South Africa for that matter â€” Nelson Mandelaâ€™s legacy is the uniting force for black and white South Africans alike. Not only is his story inspirational and incredibly moving, both sets have been able to profit from Mandelaâ€™s legacy. Tourists flock to every museum, wanting to know about the man who united a once-segregated nation. Â Â Â

One of the biggest revenue generators and attractions is Robben Island, the brutal prison that held Nelson Mandela. A constant flow of human traffic from around the world flocks to Robben Island, wanting to see Mandela’s prison cell. The boat ride from the waterfront in Cape Town to Robben Island and back again is a great reminder of how far we’ve come as people â€” streams of tears can be seen on the faces of tourists from Europe and the United States.

I had the great fortune to meet with one of Mandelaâ€™s prison guards, Christo Brand, a white Afrikaner. Now pushing his 60s, Brand initially started his Robben Island career in the late 1970s as an 18-year-old prison guard to some of South Africaâ€™s biggest criminals. Criminals like Nelson Mandela, who like many of the prisoners, didnâ€™t quite fit the â€œterroristâ€ label attached to them. They were polite and friendly, neat, and some would even say, elderly.

Today, Brand continues to work at Robben Island. The former jail is now a museum honoring Mandelaâ€™s legacy. Brand told me about their relationship and how it had changed from a prison-warder-to-prisoner relationship to friendship to more like a father-son relationship. Hearing his stories sent chills down my spine and helped me better understand Mandelaâ€™s humanity, calling, and ability to bridge seemingly impossible divides. You can read more about Brandâ€™s story in this interview published just after Mandelaâ€™s death five years ago.

Mandela lived to a ripe old age of 95 â€” with 27 of those years spent behind bars. Upon his release from prison, Mandela went on to end apartheid and become South Africaâ€™s first black president. Mandela also became a global icon who is fondly remembered as the â€œfather of the nationâ€ and the â€œfounding father of democracyâ€ in South Africa. His birthday, July 18th, was proclaimed â€œMandela Dayâ€ by the United Nations. Today is Mandela Day, and also his 100th birthday.

Today, Iâ€™m as inspired by Nelson Mandela as everyone else. His is truly a remarkable story. As an African, I feel great pride and gratitude for his accomplishments. As a business professional, I can appreciate the economic boost his story is giving to South Africa. As a Liberian, I canâ€™t help but think, wait a minuteâ€¦ we have a compelling story of our own that we could be benefiting from, too.

That is the story of former President Ellen Johnson Sirleaf, Africaâ€™s first elected female president and Nobel laureate. Known as Liberiaâ€™s â€œIron Lady,â€ Sirleaf shattered the glass ceiling and ushered in a new era of peace for a nation brutally torn after decades of civil war. Her presidency just recently ended, notably with Liberiaâ€™s first peaceful transition of power in generations.

Though Sirleafâ€™s tenure as president is over, her story has broad appeal. Like Mandela, Ellen Johnson Sirleaf spent time as a political prisoner, though her time behind bars was not nearly as long as his. She was jailed for more than a year (out of a 10-year term) for a speech where she had insulted members of dictator Samuel Doeâ€™s regime. Thereâ€™s no such thing as freedom of speech under a dictator. International pressure led to her ultimate pardon and release.

In addition to standing up to a brutal dictator, she has had her life threatened, and lived in exile. She is also a Harvard-educated economist who has worked in more traditional roles at places like Citibank, World Bank, Liberian Bank for Development and Investment, and the United Nations.

Sirleaf is globally renowned for her accomplishments. In 2011, Sirleaf was awarded, along with two other women, the Nobel Peace Prize â€œfor their non-violent struggle for the safety of women and for women’s rights to full participation in peace-building work.â€

Today, while celebrating Nelson Mandela, CNN also chose to celebrate Ellen Johnson Sirleaf, saying, â€œâ€¦ there is enough that is rare and exceptional about Johnson-Sirleaf that Africa must celebrate.â€

The accomplishments that CNN highlighted are:

With her global popularity and compelling story, Ellen Johnson Sirleaf is a living legend â€” one that Liberia should celebrate and even profit from.

Imagine a museum at her childhood home in Monrovia or even a room at the College of West Africa where she attended school before moving to the United States. What about the auto repair shop where she once worked as a bookkeeper soon after getting married and settling into what she thought would be a life as an ordinary mom and homemaker? Or a bus tour that visits historical stops led by a guide who provides rich, personal insights much like Mr. Brand shared with me about his interactions with Mandela? Imagine an entire museum built in Sirleafâ€™s honor, serving as a world-class destination for the worldâ€™s tourists who want to know about Liberiaâ€™s Iron Lady.

As the world celebrates one of Africaâ€™s greatest heroes on his 100th birthday, letâ€™s also consider how we can keep Sirleafâ€™s legacy alive here in Liberia.