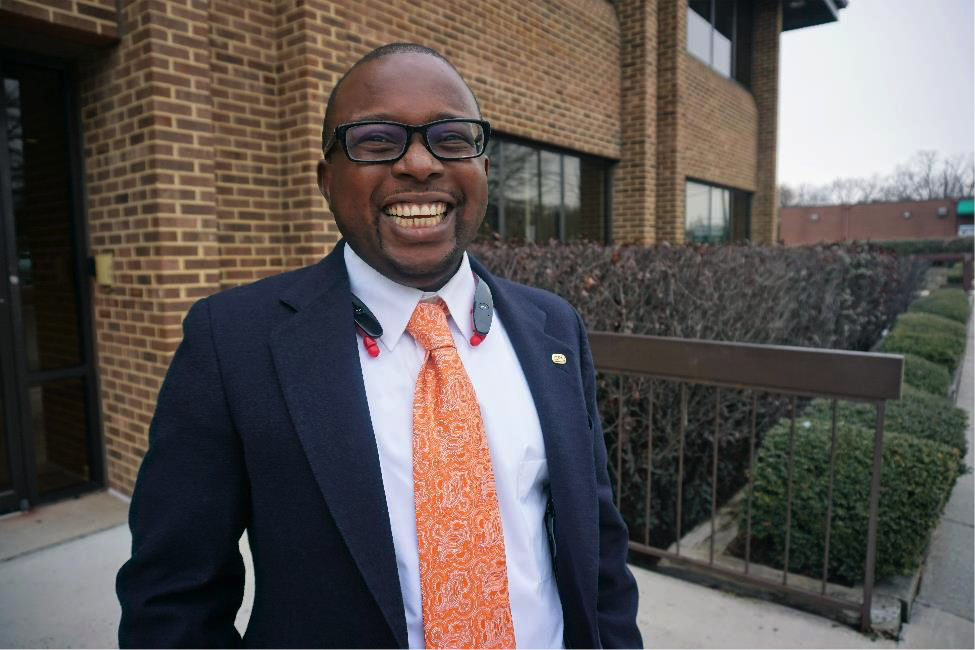 John Morlu, former Auditor General of Liberia, has been a fearless advocate for accountability since he came to the public eye about ten years ago. He has not relented in his desire to push for austerity, evident in his keen displeasure for corruption among public officials and his track record when he served as Liberiaâ€™s Auditor General.

Liberians had better take into account the pedigree of personalities running for office in 2017, and consider men like Morlu.

Morlu recent speechÂ at the Press Union of Liberia is reminiscent of a politician whose aspirations are noted, having constructively criticized the Sirleaf administrationâ€™s 10 years in office when he recently spoke to the press.

He is young and seems eager to reform the country after Sirleafâ€™s administration, which by all accounts has been labeled a failed regime, even by some earlier supporters. Morlu has the quality and energy and has proven his competence and professionalism.

John Morlu came to the media limelight through a European Union recruitment effort in 2006. When he joined the government of Liberia, the post had been advertised in about 150 countries to Liberians and non-Liberians alike and Morlu was selected with high marks.

In his first public remarks, which drew both praise and condemnation, he accused the Sirleaf administration of being â€œten times more corrupt,â€ than its predecessors. The statement was highly controversial. Sirleaf, a newly elected president and Africaâ€™s first female head of state, had many defenders and sympathy then. Especially coming on the heels of Gyude Bryantâ€™s interim leadership, which was by all accounts a reckless looting enterprise, Morluâ€™s comment seemed to be without merit.

But give Morlu credit; Sirleaf has not live up to billing. He was closer to the seat of power so he probably knew what he was talking about. Ellen Johnson Sirleafâ€™s government is one of the most corrupt and inept Liberians have seen in modern times, her critics have said. Her supporters have said she deserves credit for rebranding Liberiaâ€™s image especially after Taylorâ€™s brutal reign, as Liberia was considered a pariah state. Sirleaf has tried her best to attract investment. Coincidentally, she also recommended John Morlu for the job.

John Morlu has managed projects in 24 countries, including former Soviet Republics. He possesses a hands-on approach to management, reports say, and the guts to be bold and upfront. But itâ€™s his temperament, it seems, which needs to be tamed â€“ and which is what has been questioned again and again. For this, if he surrounds himself with qualified advisers and seeks pertinent advises on the major issues before speaking and acting, he can succeed.

Under Morluâ€™s leadership, the General Auditing Commission proved its independence and worth for the first time in Liberiaâ€™s history and became one of the most powerful and probably one of a handful of efficient governmental bureaus.

His fights with Sirleaf were well noted and publicized. He thought her to be incompetent and weak, while she found him to be brash and undiplomatic. But he however worked with the Sirleaf administration and together they completed the highly rated Heavily Indebted Poor CountryÂ initiative which saw Liberiaâ€™s debts waived by multilateral and bilateral bodies, in the tone of almost US$4 billion.

Morlu also commissioned about 50 high profile audits and recommended high ranking officials for indictment. Sadly, none of them were prosecuted under Ellen Johnson Sirleaf, the Iron Lady. Sirleaf blames the judiciary for not moving her cases, yet the executive which she heads has not been able to enforce the laws either.

For example, the Liberian police cannot investigate cases, and cannot police itself, yet she has maintained the same director for several years. Because of this inaction, Liberia is in peril as UNMIL departs and the security sector reform, on which so much of donor funds was spent has yielded zero results.

John Sembe Morlu, II is a financial expert who many say will be well-placed to reverse Liberiaâ€™s fortunes and bring sanity to the countryâ€™s messy educational, health, and financial sectors.

The former Auditor General would come to the Executive Mansion with a wealth of experience, given his record. He has been described as brilliant and astute in his field. Morlu is one of the most assertive potential candidates for the presidency, a quality needed in Sirleafâ€™s successor, given the passivity with which she governed Liberia during her decade in office. Sirleaf is probably Liberiaâ€™s weakest president, given the opportunity she has had to strengthen the rule of law, which she ultimately also squandered.

In Sirleafâ€™s Liberia, it is jungle justice; the system doesnâ€™t work. In fact, some have said nothing works at all. You have to pay bribes everywhere you go, and this is how bad our country has degenerated under Ellen Johnson Sirleaf.

John Morlu, his fans say, is ripe and just the kind of young leader that Liberia needs in a new era. There will be a groundswell of support from many quarters if he decides to run. As Election Day approaches, Morlu will have to decide what strategy works and he must make a case of why Liberians should vote for him by, using Sirleaf and Vice President Joseph Boakai as an example of the kind of leaders he will not be.

But more than that, his supporters say, he could boast of an enviable record that he has been fighting Liberiaâ€™s cause against all odds. This he must stress and remind a frustrated war-weary electorate that has not seen its lots improve.

Morlu holds an MBA in Finance from John Hopkins, a Masters in International Commerce and Policy from John Mason, and a double Bachelors in Economics and International Relations from Thomas Jefferson University in Virginia.

What must he do to win:Â Leading up to 2017, he must give more public policy speeches on his vision for Liberia and win the argument on the streets with the young people and women of Liberia who constitute the bulk of the electorate. His recent Press Union of Liberia speech in Buchanan is an excellent fore-runner. By drawing contrasts to the waste, abuse, and impunity which has attended the Sirleaf administration, he reminds Liberians of all stripes that they can put the past behind them and look forward to a brighter future where accountability and the rule of law reigns supreme. If he draws these contrasts and shows the heart and passion to lead Liberia, he could well be sitting in the Executive Mansion come 2017.