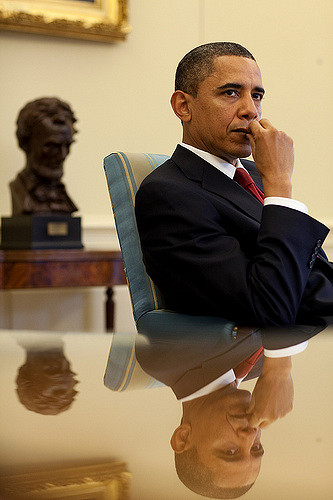 If anybody deserves better, then it is the PEOPLE. Regrettably, the â€˜leadersâ€™ of the people have become lords and demagogues unto themselves. Instead of becoming servants, they have become kings and queens living in opulence, while the people decay in poverty.
If anybody deserves quality education, better health care, electricity, safe drinking water, improved housing, and other basic social services, then it is the PEOPLE. Since all power is inherent in them according to Article one (1) of our Constitution, then it means that the welfare of the people must be an indispensable national priority.

Today in our country, a small number of citizens sleep under air conditioners, while the vast majority of the citizenry have no choice but to battle with mosquitoes, rats, flies and cockroaches during night hours.

Today in our country, a small number of citizens ride luxurious cars, while a majority of the people are compelled to stand under the hot sun, waiting for uncomfortable buses and taxis.

Today in our country, a small number of citizens drink imported mineral water, while the vast majority of the people drink from unsafe wells and creeks.

Today in our country, a small number of citizens have the ability to seek foreign medical treatment with our tax dollars, while our people die every day from curable diseases as a result of a broken health system.

Today in our country, a small number of citizens have the economic strength to build mansions and own palaces, while majority of our people live in shacks and huts.

Today in our country, a small number of citizens misuse our resources to send their family members abroad to obtain foreign education, while thousands of struggling Liberian students are exposed to a messy educational sector.

Today in our country, a select few big shots have security, while our people live in fear and panic due to insecurity and the rising rate of mysterious deaths.

Today in our country, only a few citizens are given huge salaries, allowances and benefits, while civil servants remain underpaid.

Is this the kind of country we intend to pass on to the next generation?

US President Barack Obama is paid US$400,000 a year even though the United States of America is the world superpower. He also receives an extra expense allowance of just US$50,000 a year. This means Obama receives less than half a million in 12 months even though he is the leader of the most powerful nation on earth.

The federal budget of the United States is US$4 trillion, but the first citizen is earning just US$450,000 per annum. This speaks volume about what it means to serve with passion and vision. Leadership is about service to the people and not pocketing astronomical salaries and allowances. I hope African Presidents can begin to adopt this approach.

Under Obamaâ€™s leadership, 14 million jobs have been created for Americans with an unemployment rate below 5% for the first time in almost 8 years. A Patriot cares more about the general welfare of the people. His or her interest does not supersede the interest of the nation. In his or her agenda, the wellbeing of the state remains supreme. At least, the American people can reap the benefits or dividends of the taxes they pay to their government.

We are yet to see the 20,000 jobs Madam Sirleaf and her government promised to provide for Liberians on an annual basis. Outgoing Finance and Development Planning Minister Amara Konneh was not wrong when he said in 2015 that â€œUS$3.1 billion has been collected in revenue since President Sirleaf took over, but sadly, 60% of this amount has been spent on government administration, which represents just 40,000 people, as against 4.1 million Liberians.â€

With this shocking revelation, we can reasonably conclude that Liberia is far from getting on a path towards inclusive national development. No wonder the Poverty Reduction Strategy died a natural death.

The pillars of the National Decentralization Plan of Liberia have crumbled as a result of the lack of a genuine framework to practically pursue these plans. The Vision 2030 is just another big fiasco and dead dream. Projecting unrealistic and impractical public and economic policies creates a fertile ground for violence, insecurity, and public discontent.

According to Liberiaâ€™s Labor Force Survey, 1.1 million Liberians are counted as employed in Liberia. However, there are only 195,000 paid employment positions. The other 850,000, which consist primarily of the youth population, are considered vulnerably employed, meaning they are self-employed mostly in the informal economy on unsustainable jobs.

After almost 12 years under Madam Sirleaf with vast natural resources and huge foreign support available to her disposal, only 195,000 Liberians out of a population of 4.1 million can boast of employment. Except for few, most of these â€˜employeesâ€™ are not well paid in line with labor standards.

The escalating rate of unemployment and economic misery in Liberia is contributing to violence nationwide. Youth unemployment is especially a threat to our fragile democracy and volatile peace. The government must do all it can to create a lasting remedy to this prevailing predicament; otherwise, we stand to risk a lot as a nation.

It is time to eschew greed and corruption in public service, and focus more on empowering the people. The people were not wrong to have stood in long queues to cast their ballots in 2005 and 2011. Unfortunately, their ultimate desire to defeat hardship has been let down by those they thought would have done better.

In 2005, Liberia had an annual budget of US$80 million. In the 2015/2016 fiscal year, our national budget is US$623 million. Why must our people severely suffer when we now have a budget of more than half a billion?

The real fact is that those who allot and appropriate our resources care less about prioritizing public interest. You need to take a keen look at the annual budget of the President, Vice President, Speaker, Senate Pro Tempore, Deputy Speaker and other government officials. You may be angered!

The story of our people has to change if we are serious about consolidating peace, maintaining security and sustaining national unity. It requires public transparency and accountability! The way forward now is to ensure equal opportunities for all through inclusive national initiatives. Education, Empowerment, and Employment are paramount!

About The Author: Martin K. N. Kollie is a Liberian youth activist, student leader, an emerging economist, and a young writer. He is currently a student at the University of Liberia reading Economics and a stalwart of the Student Unification Party (SUP). He can be reached at martinkerkula1989@yahoo.com