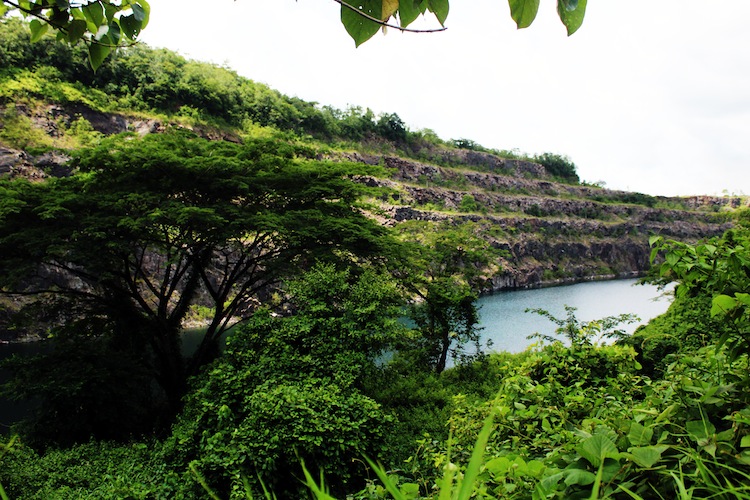 Mining operations degrades the environment through soil erosion, water contamination, air pollution, and often deforestation. These can lead to respiratory illnesses and heavy metal poisoning for nearby residents, sedimentation, and loss of arable land, while depleting valuable finite resources.

As China has expanded its industrial presence in Africa, Liberia has become dependent on foreign aid and infrastructure linked to mining concessions.

This year, Liberians and the international community must pressure Liberiaâ€™s presidential candidates to prioritize sustainable agriculture over mining to boost their economy. In addition to iron ore, extractive industries in Liberia include gold, diamonds, logging, rubber, and oil and gas exploration.

In 2009, China Union made the single largest direct investment in Liberia to date: a US$2.6 billion mineral development agreement to revive the old Bong Mines.

Natural resource development seems strategic for a low-income country, but in Liberia, it has not created enough jobs to justify the sacrifice. China Union was expected to create 4,000 domestic jobs but ultimately employed fewer than 400 Liberians.

Wilfred Kokeh, an educator from Ganta, Nimba who visited China Unionâ€™s site says â€œmining activities in Liberia doesn’t benefit the poor citizens but those in power.â€

Although China Union promised social responsibility, paved roads and an unaffordable train scarcely offset underemployment and incomplete aid, not to mention the environmental impact left in its wake.

Critical analysis of the China Union contract done prior to signing in 2009 did not change the narrative. The plea from organizations like Green Advocates and Global Witness for government enforcement of fiscal transparency and stronger clauses governing community resettlement and feasibility studies fell on indifferent ears.

Today, the site stands largely abandoned due to a drop in iron prices. Promises made in the mineral development agreement, including requirements for China Union to clean up and compensate the community before leaving, remain unfulfilled.

Over the years, government officials have consistently blamed the Chinese company, and sometimes even the local people, for failure of their own institutions.

The Government of Liberia can change this pattern. The October 2017 presidential election is an opportunity for environmental progress: it is the first time in over 70 years that the presidency will transition peacefully from one living leader to another, and it does not have be a rice and t-shirt election based on purchasing votes.

The latest prediction is a traditional run-off between former footballer Senator George Weah of the Coalition for Democratic Change and current Vice President Joseph Boakai of Unity Party.

Political pressure could help prevent another China Union scenario. Three newer candidates, Mills Jones of the Movement for Economic Empowerment, Alex Cummings of the Alternative National Congress, and Benoni Urey of the All Liberian Party, bring relatively progressive platforms and could swing the vote, depending on which main candidate they support.

Jones is adamant on non-specific job creation by and for Liberians, but Urey and Cummings have expressed interest in increasing domestic food security by shifting away from extractive industries (currently comprising 17 percent of the GDP) toward agriculture.

Farming has the potential to achieve competitive, pro-poor growth given Liberiaâ€™s soil, climate, and existing vocational knowledge. Millions of dollars are spent on importing food annually while 41 percent of Liberian households cannot consistently afford adequate nutrition, and yet most Liberians are farmers.

Cummings and Urey can positively influence the actions of principal candidates only if the public holds them accountable. We must write letters, organize, and vote. If people lose faith in the political system of their country, things will get worse.

In the United States today the Environmental Protection Agency and science itself are being dismantled and refuted by a pseudo-populist Trump administration.

Change involves education and awareness on environmental rights. The Liberian Environmental Protection Agency is already educating a portion of the pubic about climate change, erosion, and pollution in the capital region. If they partner with local environmental groups, this could expand to all 15 counties, which include the predominantly rural loci of mining and farming.

Likewise, many agricultural training programs already exist, but they need to be linked with the efforts of these same local NGOs to affect positive change during and beyond the election.

Foreign entities that already collect data and make policy recommendations in Liberia have personnel, if not funding, to catalyze these connections. The Swedish International Development Agency and USAID could be instrumental in facilitating cooperation between the Liberian EPA, grassroots environmental activists, and farmers.

If citizens accept rapid economic growth above all else, there are consequences. China accomplished certain metrics of poverty reduction in record time, but at what cost? Biodiversity and farmland decimated, air and water polluted, natural resources depleted, and accelerating carbon emissions.

Moving mining and other polluting industries to poorer African countries was their solution. This is not an option for Liberia, nor is it a price we can afford to pay. In a globalized world, the choice to green an economy is a collective one; climate change and resource scarcity are showing us that only environmentally sustainable economies will remain viable for long enough to alleviate poverty.