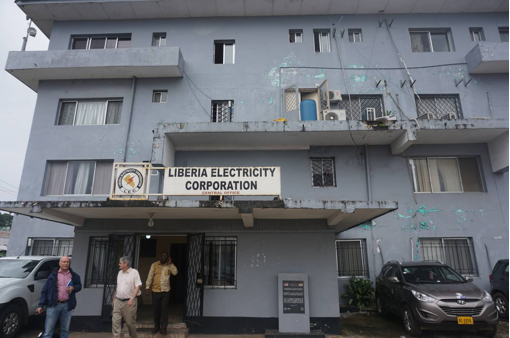 The Liberia Electricity Corporation is the only entity that supplies electricity to Liberia. No competition.

In the good old days before the war started, they had a fully functional hydroelectric power station at Mount Coffee, which not only supplied power to Liberia but also to the neighboring countries.

The grid was well planned and laid out. Cables ran throughout the length and breadth of Liberia. I don’t remember owning a generator or hearing the hums of a generator during those good old days.

I also remember visiting the LEC stations on Bushrod Island, where they had huge generation plants, powered by diesel. These were on standby just in case the hydro needed maintenance or had any breakdown, which was very rare.

The war came and brought along widespread looting and rampaging of the infrastructure. All the cables and towers were stolen and sold as scrap, which was shipped out by the shipload to metal scrap-hungry countries. The hydropower station was bombed, burnt, looted. It was completely destroyed.

As the war ended and peace times began, things normalized and generators became the norm. Every business and household had to install a generator in order to have electricity. Some savvy entrepreneurs installed huge generators around town and supplied electricity at exorbitant prices.

Recently, the hydro plant has been rehabilitated at a cost of US$357 million. One can see new infrastructure, cables, and poles all over the country, but alas the LEC woes continue.

I wish to narrate what we have gone through recently.

We had a single-phase meter installed by LEC to supply current to our residence on Randall Street.

The breaker kept tripping, and on two separate occasions, the meter burnt out. We wrote a letter to LEC’s Commercial Services Department and followed up daily and within about a month, they came with a replacement meter.

After the meter got burnt out for the third time in less than a year, LEC advised that we should apply for a three-phase meter as the single-phase meter was likely unable to handle the load from our air conditioners. We promptly applied and started following up on a day-to-day basis.

Initially, we were told that there were no new three-phase meters in stock, but that LEC had already ordered them and was waiting for delivery. After waiting for a month, we finally were able to strike a deal with an LEC official who promised help. The meter came the same day and was installed. But it was not as easy as that.

Even though we had a brand new three-phase meter, we did not have electricity. The LEC crew said that there was an issue with some phases in the main line that would need to be fixed before we could start getting power.

I had accumulated a few telephone numbers of LEC field workers and kept pestering them daily. Finally, one day they came and rectified the problem and after “tipping” them US$200, our LEC at home was restored.

Two weeks ago, the electricity went off and came back on after 30 minutes. But no, it did not come on properly. Only two phases are working and the third phase is reading 22 V only. Half the house does not have electricity.

Back to square one? Well, yes. This is Liberia. I have written to LEC and will start calling them up until they can come and fix the issue. Till then, we will have to use our backup generator, which is another story altogether.

This article was first published on the New Africa Technology Company blog.