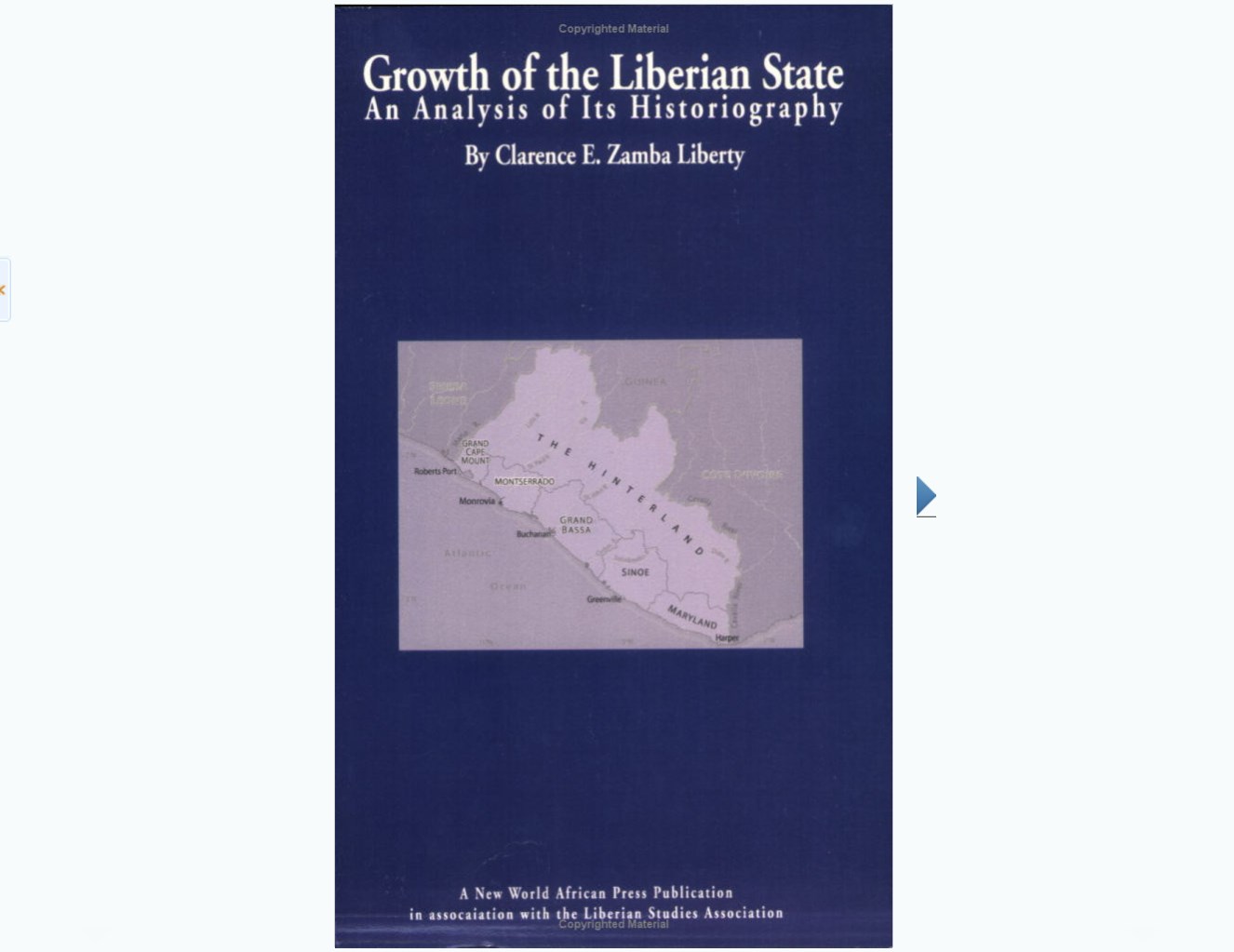 A decade ago, while I embarked on a master’s in history, I searched around for a thesis topic. I knew I was interested in learning more about Africa â€“ my undergraduate research paper examined the work of an American academic on the continent. I was awarded a fellowship for a volunteer position in Ghana, and I spent a semester in Namibia and South Africa.

I quickly concluded that Liberia, with its much-noted â€˜historical ties’ to the U.S., would make a fitting subject of study as it should be easier to locate in the U.S. the original primary source materials in a country that I would need to develop a convincing thesis on. I had interacted with many Liberians in Ghana and a few in the diaspora in Worcester, Massachusetts, where I was a student. I looked forward to learning more about the formative influences on the country.

I later learned that in addition to the well-known American Colonization Society, there existed a number of state-colonized societies that were also involved, at least nominally, in supporting the nation-building of Liberia. The papers of the Massachusetts Colonization Society and its arm that played a major role in the development of Liberia College, were just a short train ride away in Boston.

The collection provided a rich volume of correspondence between Liberian administrators and students at Liberia College and their supposed supporters in the United States. I read about the American benefactors criticizing Edward Blyden, the polyglot intellectual and one-time president of the college who is widely regarded as the father of pan-Africanism. I also discovered how the Massachusetts Colonization Society was complicit in the appointment of a white American botanist with no postgraduate qualification to the presidency of Liberia College in the late 1890s, a pretense to fund his research visit.

In short, the tensions between the Massachusetts Colonization Society and Liberians seeking to develop an institution of higher education were extensive, and the Americans were looking petty. As I was reviewing these primary source documents of the 19th and early 20th centuries, I needed background material to make sense of it.

My most informative analysis in this regard was Clarence E. Zamba Libertyâ€™s Growth of the Liberian State.Â  If I were forced to recommend just one primer on Liberian history, this would be it.Â  The book is not a conventional narrative history (in that vein I would highlight Carl Patrick Burrowesâ€™ Power and Press Freedom in Liberia). Rather, it is a historiography that dissects with great precision a number of external writings on Liberia, ranging from those of early European explorers and colonial administrators in the region to the compositions of the first generation of African Studies academics in the United States.

Liberty’s chief theme is that these observers fail to recognize the racism and structural obstacles that the Liberian governing class faced for almost all of its existence. These writings continue to shape how Liberia is perceived â€“ both by a largely unquestioning body of researchers and the larger public.Â This is reflected in the international press coverage of Liberia.Â Historic ties with the U.S. and lamentations of Liberians replicating the unjust institutions of the U.S. South are routine.

The refusal or inability of the ACS to adequately see through what it started and the consequences of the mechanization of the surrounding colonial powers against the Liberian state are, however, rarely considered.

As I sought to expand my knowledge on Liberian history from the late 19th and early 20th-century as the framework of my master’s thesis, the Liberian Studies Journal was a key resource. Published twice a year by the Liberian Studies Association, all back issues from its founding in 1968 until 2010 are now available online and open to access.

Elwood Dunn is arguably the most distinguished Liberian historian of any era. I would recommend reading as much of his work as possible, but I found his Liberia and the United States During the Cold War, offering highly illuminating insights on the U.S.â€“Liberian relations in the 20th century, often forgotten amidst the fixation with the ACS repatriation project. Dunnâ€™s booklet on Liberia and Independent Africa is also essential reading and repudiates the prevailing notion in academic circles (popularized by the late founder of the African Studies Program at Indiana University) that Liberia made no contribution to African nationalism and decolonization.

While not an academic, I find the late Tuan Wreh to be one of Liberiaâ€™s best writers. His ‘The Love of Liberty‘ offers a withering critique of the autocratic administration of William Tubman, and in my mind, does much to show how Tubman’s presidency set Liberia on the course for many of the tragic events that subsequently transpired.

Most of the works on Liberia that have resonated with me were produced by Liberians. In writing my thesis, I relied on scholarship from Liberians like Mary Antoinette Brown Sherman and Advertus Hoff, both presidents of the University of Liberia. The Liberian academic Robtel Pailey has issued a plan for â€˜how to put the African back in African studiesâ€™ and her mentee, Jacien Carr, writes for The Bush Chicken on the need for such action in Liberian historiography in particular.

Given Liberia’s status as Africa’s first republic, I believe that a resurgence in Liberian historiography can have an invaluable catalyzing effect in encouraging Africanist historical scholarship to move beyond its current fixation with post World War II developments and consider a broader perspective.

Liberia, more than most places in the world, is defined and perceived by others through interpretations of its past. I suspect that if the mainstream narrative on Liberia is to change, it will be a new generation of predominantly Liberian historians that will be responsible for the shift.