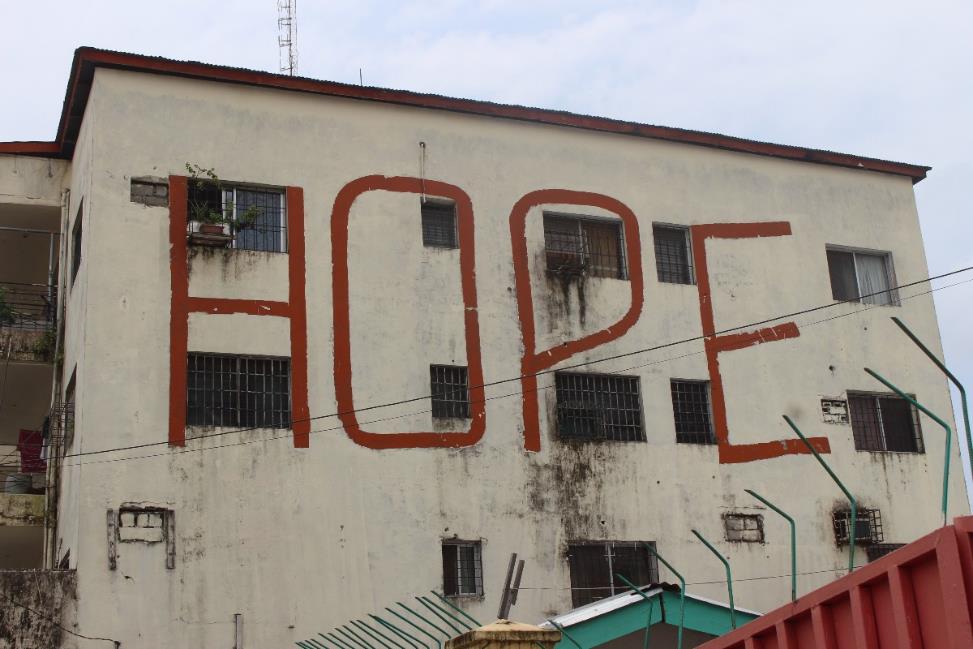 Growing up in a world so intrigued by prospects, you might have come across the phrase â€œyoung people are the future leaders.â€

In fact, Nelson Mandela wrote that â€œyoung people must take it upon themselves to ensure that they receive the highest education possible so that they can represent us well in the future as future leaders.â€

Whether you were constrained to internalize this statement or brush it away, one way or the other, it has affected you. Our politics, economics, and business decision making, as well as family roles, are all built around the notion of the â€œfutureâ€ as a domain for young people.

This, in and of itself, is not a wrong socio-cultural norm. We generally expect our young people to grow up to have enough experiences that set them up for the roles theyâ€™ll play as informed, matureÂ and equipped individuals in the future.

The key term here isÂ â€œexperienceâ€ â€” without which, this socio-cultural norm becomes flawed and misplaced. Unfortunately, today, the realities of our time prove that weâ€™ve missed out and are still missing out on the provision of the â€œexperienceâ€ component that completes and legitimizes this â€œfutureâ€ for the young people.

If you have studied or followed developments in Liberia, there are many areas where we can see this trend.

I chose to focus on entrepreneurship and our crippled education system â€“ specifically, the education systemâ€™s breach of its fiduciary duties to prepare the young men and women who will fill our human resource gaps, contribute their quotas to nation building and lead overall economic growth. To put this argument in context, letâ€™s take a peek into the situation of young people in Liberia. Several factors come into play in relation to why we need a new breed of youth leaders.

First, young people constitute over 55 percent of Liberiaâ€™s population. The significance of this number is that soon enough, if not already, our young people will play key roles in defining the countryâ€™s future.

Currently, we have several young people serving as key officials of different government institutions â€” a laudable feat that signals a shifting paradigm.

The impact these young leaders will make, if any, is yet to be studied. On the micro level, the current cohort of youth leaders who have the fiduciary responsibilities to champion the cause of empowering our young people havenâ€™t lived up to that expectation. We havenâ€™t seen a fervent and honest commitment to address the many issues facing young people in this country.

The last time we checked, there has not been a single substantial impact report from any of the youth-led organizations to reflect funding received. Even a functional website is a luxury and is light years away for many of these organizations.

We can go on and on to point out the flaws and flops in youth leadership in this country. But, whoâ€™s to blame? These young leaders are products of a system that taught them the ins and outs of bribing your way through any system, a system that killed their creativity and heightened their risk aversion propensities, a system that didnâ€™t provide any avenues for experience in ethical leadership and effective organizing.

If youâ€™re 25 and completed high school and university in Liberia, chances are youâ€™ve spent at least 10 years paying bribes and participating in other dishonest acts.

How can we expect young men and women with such experiences to refrain from corruption? Itâ€™s almost as if our system assumes that these young people could simply show up and lead ethically in some mystical future. The reality is, as the evidence around us shows, thatâ€™s not going to happen. Looking at entrepreneurship, we see even more concerning trends. Instead of teaching our young people to take initiative, sensibly question authority, and explore unconventional paths, we proffer a culture of total reverence for hierarchy, linearity, and mediocrity.

The last time I remember challenging authority in high school to demand real efforts to tackle bribery, I was almost expelled from school. Looking back, it was a really amusing experience.

Liberia hasnâ€™t been included in this study, but compared to our West African counterparts, it is safe to say we wonâ€™t deviate far from their average scores.

How then, do we create a stronger, ready breed of local entrepreneurs to build companies, engineer our water delivery systems, etc.?

When was the last time a 20-year-old Liberian entrepreneur walked into a local bank or any financial institution with an amazing idea that could revolutionize, say, transportation, and got an investment?

This is not to say there are not or havenâ€™t been entrepreneurs who have received local funding. The problem is the scale, size, and occurrence of these investments.

Why donâ€™t we have national entrepreneurship or innovation challenges for high school and university students? There are no specific allotments for promoting entrepreneurship in the national budget but almost every ministry or agency receives huge sums for a â€œnational priority project.â€ Thatâ€™s a story for another day.

But, imagine if, each year, we invested US$50â€“100k in the most innovative local idea that addresses a key challenge in Liberia?

Letâ€™s get students and professors from our engineering colleges to build electrical devices that tap into our abundance of sunlight. As a nation, are we unable to accomplish this? I donâ€™t believe so.

If you follow macroeconomic trends across Africa, youâ€™ll probably be concerned about the future of Liberia. If our young people continue to be ill-educated, and underprepared for leadership and change-making, Liberia is doomed.

A few statistics make this even more worrisome. According to the International Labor Organization and several other institutions, Africaâ€™s population is expected to more than double, rising from 1.1 billion today to at least 2.4 billion by 2050.

McKinsey, a worldwide management consulting firm,Â estimatesÂ that if trends continue over the next decade, 72 million wage-paying jobs will be created, but 122 million new entrants will seek jobs.

It is palpable that we have a huge responsibility in the future if at all we can lift our people out of poverty. I have been fortunate to attend the African Leadership Academy and Babson College, two institutions that have taught me the values of taking initiative and leading ethically. Iâ€™m not one of those who say â€œthis is how the system isâ€ or â€œnothing can be done.â€ It will be very superficial to claim that our young people are ready for leadership. We should recognize this problem.

At SMART Liberia, an organization I co-founded, we believe that changing Liberia is a daunting, but possible task.Â This change, however, banks on a new breed of youth leaders who are well-educated, entrepreneurial, passionate, and value-driven.

There is no doubt that we need the human resource capital for sound economic planning, building our institutions as well as significantly changing some of the shocking statistics, including our doctor per patient ratio ofÂ 1:15,000.

We need the bold local entrepreneurs like my colleagues atÂ J-Palm,Â Cookshop, and The Bush Chicken, who will challenge the status quo to solve our countryâ€™s pressing challenges, fuel the economy by creating jobs and opportunities for wealth creation and poverty eradication.

It takes real passion and sacrifice to leave unique opportunities that would change YOUR life to make decisions that would improve the lives of others. This is the sacrifice of true leadership.

Most importantly, we need young leaders whose values and commitment are deeply rooted to lift our people out of poverty.

These are people who are sick to their stomach knowing that corruption leads to high infant mortality because we are not building clinics that we should build. They cringe at our inability to provide quality education for our children. They wake up from the recesses of their dreams and make the most of every day towards a larger goal.

A generation of people that refuse to accept the status quo and are willing to take initiatives that engender change. A generation that matches its words with deeds, its frustrations with actions. Are we able to mold this generation? Thatâ€™s the question I hope everyone who reads this is trying to find an answer to.