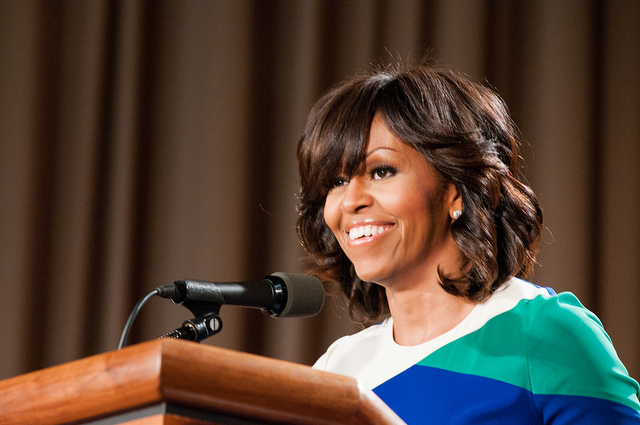 On Monday, Michelle Obama, with daughters Malia and Sasha in tow, touches down in Liberia for a day. The US first lady will not set foot in the capital, her two public events will be at a school in Unification Town and at the Peace Corps training facility in Kakata. No sooner will the Obamaâ€™s have arrived and they will be on their way to Morocco.

The lightning visit is not without historical precedent, however. The history of high-level US engagement in Liberia mirrors the Obama visit. US presidents have previously dispatched first ladies to Liberia to conduct diplomacy on their behalf. Pat Nixon attended President William R. Tolbertâ€™s inauguration in 1972 and Laura Bush did the same for President Ellen Johnson Sirleaf in 2006.

The first official visit of a US president to Liberia, in 1978, by Jimmy Carter, was another hasty voyage which followed a more substantive trip to Nigeria. According to Elwood Dunn, the deputy minister of state for presidential affairs at the time, the Carter visit â€œwas fully an afterthoughtâ€¦ [that] was totally devoid of sincerity.â€

In remarks delivered at the national airport, conveniently located just outside of the Firestone rubber plantation, but a lengthy drive from the national capital, Carter announced, â€œIn coming to Liberia, I am reaffirming a friendship that is very old.â€

Carterâ€™s comments could not have been more apt, albeit for reasons he did not intend. Modern Liberia owes its existence to the similarly superficial engagement of an American enterprise â€“ the American Colonization Society â€“ whose fickle efforts had demonstrably disastrous consequences. This engagement continues to set the tone in the present, where one of the US Embassyâ€™s primary public outreach events is an arts and crafts fair.

It is due to the actions of the ACS that the US government boasts of a relationship with Liberia that is nearly two centuries old. This claim employs some generous rounding, however, as the US has only recognized Liberia for just over 150 years.

This relationship has always been problematic, with recent developments proving especially crippling. It has been alleged that Charles Taylor was pushed out by forces receiving US support. There are sentiments that the ouster of William Tolbert and Samuel Doe may have been accomplished by similar means.

The US endorsed the controversial 1985 election of Samuel DoeÂ when it was known that he changed his age in order to meet constitutionality requirements. Arguably, the legitimation of this power grab, enabled by the US, may more than any other single event, have precipitated the 1989 â€“ 2003 civil crisis.

Thirty years after Carterâ€™s visit, the next US President came to Liberia. Not wanting to depart from precedent, George Bush only stayed in Liberia for 6 Â½ hours. One of the highlights of his public schedule was a six-minute speech.

This visit occurred in my living memory and I actually do remember it. However, this was not because of any major diplomatic achievements, but rather because the US media was obsessed with President Bushâ€™s dancing.

The next year, Secretary of State Hilary Clinton followed. She held a number of public events, even addressing the National Legislature. Nonetheless, then US Ambassador Linda Thomas-Greenfield penned a blog about the nine-hour visit entitled â€˜A Whirlwind of a Day in Monrovia,â€™ veritably celebrating the secretaryâ€™s frenetic schedule.

There has been limited discussion in Monrovia of Michelle Obamaâ€™s impending visit. This is likely due to the fact that such short-term visits no longer have a significant psychological impact as they did when Carter was in office. Liberia now has two Nobel Peace Prize winners and one of the most prominent footballer politicians in the world. Hardly any Liberians will know Frieda Pinto, the celebrity actress travelling with Michelle Obama.

For both the US taxpayer and the Liberian populace, a pit stop that will barely last as long as the flight to get there leaves little to be excited about.