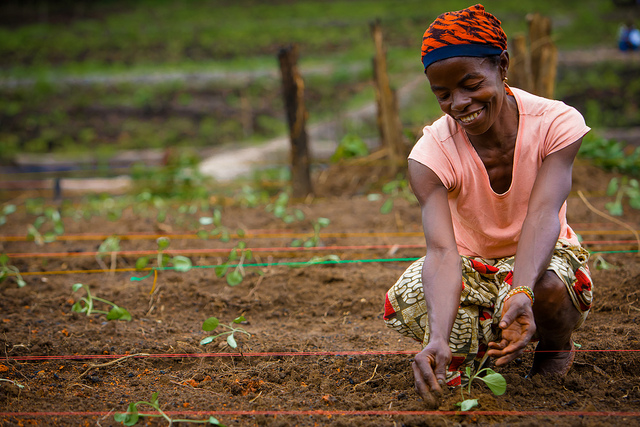 Liberia is a nation whose economy is heavily reliant on the agricultural sector. According to Â Crop and Food Assessment Special Report published jointly by the World Food Programme and the Food and Agriculture Organization, agriculture is a major contributor to the countryâ€™s gross domestic product, with rubber contributing about 87% to the export market.

Despite being richly endowed with water, mineral resources, forests, and a climate favourable to agriculture, Liberia lags in agricultural productivity, compared to other countries. The low productivity is due to poor human capital, infrastructure, and years of instability.

Agriculture is also the single largest employer, accounting for more than 70 percent of Liberian workforce. However, the sector is heavily involved in the production of specialized crops (mainly rubber, oil palm, cacao and coffee) for export. Most of these are owned by foreigners through concession agreements.

The bulk of locally consumed produce, on the other hand, is dominated by smallholder farmers, whose production are characterized by low productivity, especially for the staple food â€“ rice.

Countless challenges plague theÂ Liberian agriculture sector, and those need to be addressed appropriately. An unstable land tenure system, a mostly traditional method of farming, the impact of climate change, pests and disease, and soil degradation coupled with low budgetary support to the agricultural sector must all be addressed soon.

Public support to agriculture in Liberia is minuscule, with only one percent of the current national budget allocated to the sector that contributes immensely to the economy. Only 1% of the National Budget for 2015/2016 (US$8.9 million) was allocated to the agriculture sector. Source: Ministry of Finance and Development Planning

Given the current state of agriculture in Liberia, it is evident that the country stands on the verge of a pending crisis if an emergency were to hit the sector. This is a similar situation faced by the health sector, and appropriate measures should be established to solve these challenges.

It is time that policymakers and stakeholders in the sectorÂ implementÂ policies that will make the industry more vibrant and sustainable for the future. Allocation of one percent of the national budget to agricultural development is quite an injustice to the sector that contributes more than 40 percent to national GDP.

Appropriate investment in agriculture will help to expand the economy by creating more jobs for locals as well as increase government revenue, as well as contributing to overall improving national food security.