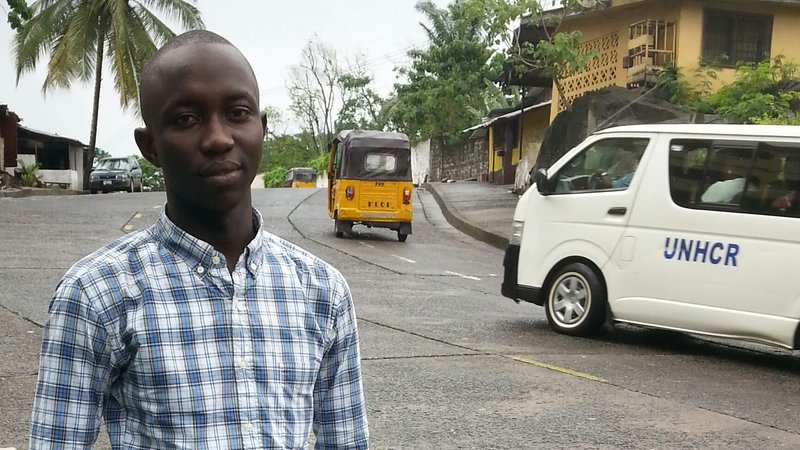 Ask any Liberian today and she will tell you how close and strong Liberiaâ€™s ties are with the United States of America. America and Liberia share a long and at times emotional history.

Many regard Liberia as a â€œstep childâ€ of America, and the US is seen as our de facto colonizer.

With the goal of providing a home for free slaves in America who threatened revolt against their former masters after the abolishment of slavery, the American Colonization Society was founded in the 1800s. Since then, Liberians have seen America as a true father and treats it as such.

Liberia relies on America to solve its basic problems: social, economic and political. And to its credit, the US has answered some of these calls.Â  However, other areas are shut, such as that recently experienced by one of our nationâ€™s most talented secondary students.

Some examples of the extent to which Liberia looks to the US for redress:

The Congress for Democratic Change, the main opposition political party in Liberia recentlyÂ  protested at the US Embassy, not UNMIL’s headquarter or the National Legislature, demanding the resignation of Â all the state actors implicated in the Global Witness Report, The Deceivers, for taking bribes and attempting to change the law in favor of a foreign Company, Sable Mining.

In spite of the carnage in Liberia and incessant call from the AU and ECOWAS for him to leave Liberia to end the Civil War in 2003, former President Charles Taylor only saw it fit to decamp after American President George W. Bush demanded his departure.

And with the heavy dependence on America, one would think Liberians would have easy access to its shores â€“ particularly to pursue academic opportunities that will contribute to the development of Liberia.

To the contrary, Liberians are routinely denied the almighty American visa.Â  This even includes those who are going for legitimate reasons such as conferences and academic enrichment programs.

Of course, America has every right to deny people who they are not satisfied with based on things like documents and interviews.

But to turn people down on trivial and illogical reasons is what I find unacceptable.

As the national director of SMART Liberia, a student-led NGO supporting transformative educational opportunities for Liberian youth, I was dismayed to find that one of our change-makers, Sekou M. Jabateh, had his US visa application rejected. Jabateh, who was selected for this yearâ€™s Yale Young Global Scholars Program, had his application denied based on what is the most insignificant of reasons.

“We were really excited by your application, but unfortunately, you are not eligible to obtain a visa to the US at this age of your life.”

This, disappointingly, was the announcement from the consular officer.

I accompanied the scholar to the embassy, and this is what we heard after a few routine questions, all of which he answered impressively. This student, whose excitement has now been crushed and transformed into despair, is the only Liberian selected of 200 high school students from over 105 countries around the world for this program after a highly selective and what he termed â€œnerve-wrackingâ€ application process.

As far as we know, he is the only one who has been denied a visa among his peers from other African, European and Asian countries. On the online discussion platform for the selected scholars, his friends expressed shock and disappointment over his denial. In fact, they created an online petition requesting the U.S Embassy in Monrovia to grant him a visa to attend the program with his colleagues. You too can add your voice by signing the petition here.

But letâ€™s consider the absurdity of the response from the consular officer.

Why grant visas to the rest of the admitted students —all of whom are between the ages 15 to 17? Is it because he is a Liberian and at 17, Liberians, unlike citizens of the other 104 countries from where accepted students reside, are too young to travel to the U.S. alone? This simply cannot be the actual reason as we are seeing numerous students 17 and younger travel to the US alone. I even have a school mate from Nigeria, who traveled last year to the U.S at age 17.

There are other inconsistencies as well.

Given our historical relationship and the close ties that the US boasts of with Liberia, the opposite would make more sense.

So many things in Liberia are modeled after America, except, of course, the chronic corruption, laziness, lousy value system, and lack of integrity.Â  Undoubtedly, those must be some of the byproducts of the civil war. Our constitution is copied after the US. Our culture hugely reflects America. Even the way many Liberians speak is largely American.

America must go beyond the usual rhetoric in its diplomatic dealings with Liberia and truly consider it the partner it claims it to be and often brags about because of a shared history.

An honest and transparent consular service would be a good place to start.

Sharing
Tags US Embassy, Yale
Contributions to The Bush Chicken are not tax deductible.