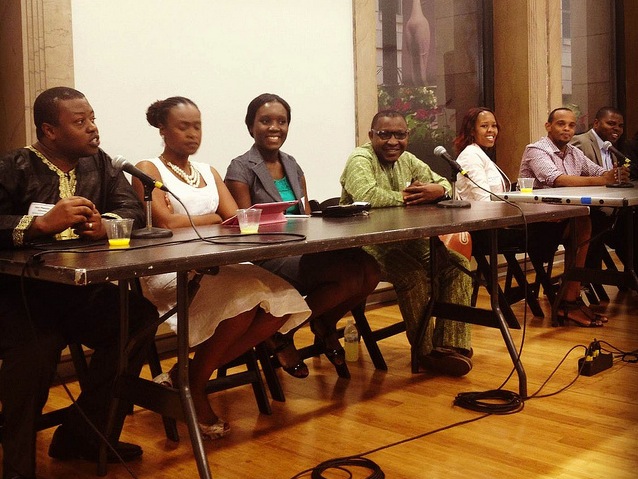 In Liberia, young people play a vital role in our politics. They spend hours on social media serving the interests of their political leaders, and even more times at intellectual centers discussing issues.

The saying goes that “the youth are the future leaders.” These days, there are numerous young people who currently occupy high positions of significance, thus driving the vision of many nations around the world.

In 2012, a 19-year old woman, Proscovia Alengot won a parliamentary seat in Uganda with a huge margin of about six thousands votes. Two years later, in November of 2014, 18-year-old Saira Blair became a media sensation after she won a seat, on the Republican Party ticket, in the West Virginia House of Delegates. In the recent US elections, 21-year-old Jewel Jones won an election becoming the youngest person to hold a seat in Michigan’s House of Representatives.

The pervasiveness of young leadership extends beyond the political arena. Look at the young billionaire Mark Zuckerberg who leads the world’s largest social media network, Facebook. Additionally, many other young African entrepreneurs are driving the pace of their countries’ economies. The youth are today’s leaders!

In our country Liberia, there are lots of amazing young people who have held positions in the government and political parties. This testifies that the youth are actively involved in making decisions that have shaped the destiny of our country- whether positively or negatively.

While it is true that I admire the enthusiastic nature of our young politicians; I’m happier when I see young and energetic Liberians venturing into entrepreneurship, thus creating jobs opportunities for others.

At the verge of 2017, Mahmud Johnson of J Palm Liberia, made us all proud by winning the Africa Entrepreneurship Award among thousands of contestants across Africa. His company produces a variety of products based on the palm fruit including skin care products. He is now embarking on a new initiative – to produce charcoal with palm kernel.

Like Mahmud, there are other young people around the world who have utilized minimum resources to achieve maximum results. These young people have refused to be defined by the unfavorable circumstances.

They use their minds, not in lambasting and denigrating their respective governments, but in finding opportunities in the midst of the challenges that they face. They are the optimists of this generation because they demonstrate to us that it is possible to create opportunities even in the midst of difficulties. Their strength and resilience in the face of struggles were major drivers to their successes.

Liberia needs many more young people to adopt such a way of thinking. Too many young people dedicate their time and efforts in diminishing other people’s character. They venture into politics with the mindset that it is the only sector they can thrive in.

They see the government as the only beacon of hope and an empire where they can amass wealth at the detriment of the Liberian people. It speaks volumes to anyone when graduates who have degrees in business (economics, accounting, etc) complain about unemployment when they should have the necessary knowledge and skills to operate and manage businesses.

Entrepreneurship is championed by many around the world. We, as young people, should begin to look in this direction. As the great Socrates once said, “the secret of change is to focus all of your energy, not on fighting the old, but on building the new.” One way or another, we can make this world a better place through innovation and entrepreneurship.

Instead of complaining all the time about the government’s inability to solve our problems, we as young people must begin to approach these challenges as opportunities to provide solutions while creating employment.