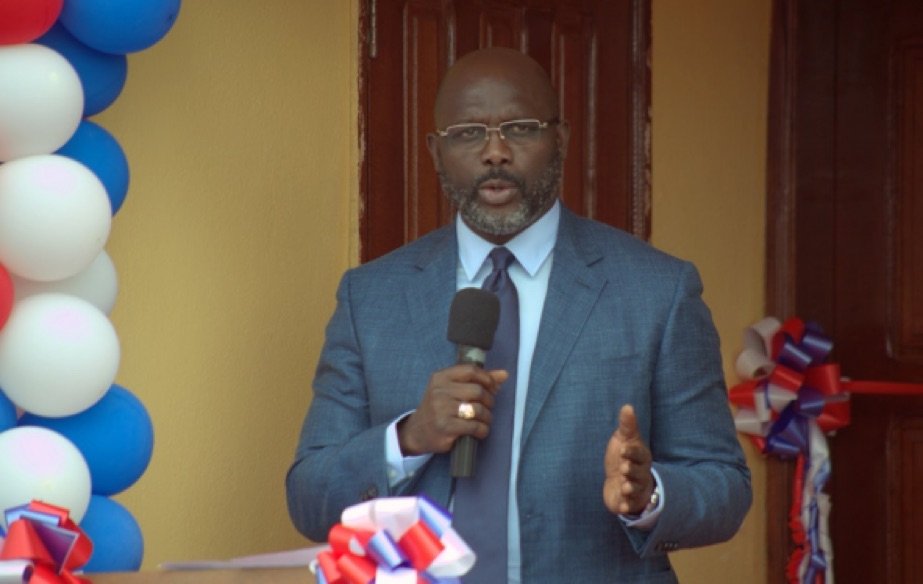 â€œThose that constantly insulting the President, I want to be clear; after this, there will be no citizens in this country, I can defy you that will ever insult the President and think you will walk on the streets freely.â€

Autocrat, dictator, repressive, corrupt, and the list go on. These are a few of the words being used by opponents and others to describe President Weahâ€™s tenure. And, I must say that the president is not doing much to change those descriptions of his short stint as president so far.

I believe that the president could do better even in the face of difficult economic times, which are not all his making. But he is choosing to make the same mistakes made by past leaders â€“ mistakes that have taken the country down dark paths. This government is being set up, and, instead of seeing the traps and avoiding them, the president and his advisors seem to love the idea of walking straight through them.

There is no denying that Articles 1, 13, and 17 of our 1986 constitution gives citizens the right to peaceful protests and to petition our elected officials. In the same vein, it is also clear that the president should have asked the speaker of the House of Representatives or the Senate pro tempore to receive the petition from the protesters if he could not be there himself.

However, as I said to some of my closest friends on the night of May 14, 2019, after the Council of Patriots refused to give their list of demands to the president at a meeting convened by our development partners, there was more to the story than a protest against the mismanagement of the country.

Let me make one thing clear here â€“ the country is being mismanaged and therefore the protesters had a right, under the constitution, to petition their elected officials. The question is, did it have to be in the streets? The Council of Patriots could have presented their grievances to the president on May 14 and asked him to meet their short-term demands before June 7 or they would go ahead with their lawful protest.

They also had another opportunity to present the list of grievances to the government on June 7 but failed to do so â€“ for good reasons, I must say. However, they would have presented the petition to the foreign minister and then complained afterward, highlighting the clear disrespect that the president had for those who elected him and whose taxes are paying for his upkeep, in addition to the numerous and fruitless travels of him as well as those of his cronies.

The Council of Patriots chose to play politics with the situation instead of protesting for the Liberian people. Clearly, with actors from the opposition block heavily involved in directing the form and trajectory of the protest, it was more about undermining this president and his government for political gains than it was about seeking the interests of the Liberian people.

Having said that, President Weah took the bait with the pre-protest molestation of opponents and citizens and refusing to receive the petition in person.

The President is Not Helping Himself

It is obvious that the trigger of this current situation was the so-called L$16 billion and US$25 million sagas. The president can see this, but he is unwilling to take needed actions to solve the concerns. In most other democracies, Finance Minister Samuel Tweah and Central Bank Executive Governor Nathaniel Patray would be long gone by now, but not in President Weahâ€™s Liberia.

And, to add insult to injuries, it is reported that Patray will walk away in a few months with a US$500,000 pension. At the same time, President Weah now wants to go after former government officials for being corrupt when over 60 percent of his appointed officials have not yet declared their assets, and he is refusing to make his assets declaration public even though is predecessor did so.

The president also takes the bait when he makes comments threatening citizens who insult him. If the president believes that insulting him or the office is a crime, which it isnâ€™t, he must use the civil courts for a remedy and not threaten to use the police or military â€“ that is what autocrats or dictators do.

Censoring the press or freedom of speech by blocking the use of social media is autocratic and dictatorial. Falsely arresting opposition members and using the police to infringe on freedom of movement is autocratic and dictatorial. These are all things that critics point to. These are also the same situations his opponents are using to justify protests for their political motives, and he continues to take the bait with all his actions, or inaction, all things that do not help him or Liberians.

My Advice to the President

The president should have received the petition himself or sent an elected official like the speaker. The president should get rid of Tweah and Patray, even if he thinks that they are innocent, simply because they have both become toxic and are causing more harm than good to the government and country.

The president should avoid threatening people who insult him and sue them if he believes that they have a case to answer for insulting him. The fact that he is doing the opposite clearly suggests that he is taking the bait laid out by his political opponents and those who argue that he is not fit to be president.