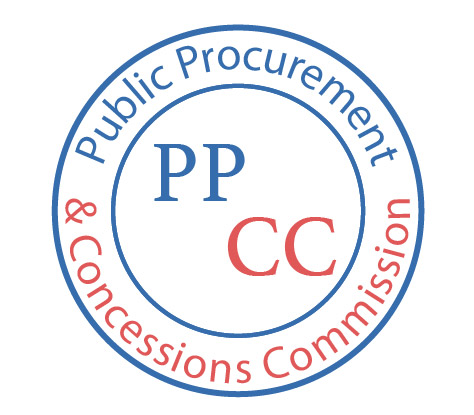 Public procurement is the process through which hard-earned taxpayers’ monies are used to better the lives of its citizens. Contemporary public procurement has gone beyond just buying goods, works, and services. Developed countries like France, Singapore, and the United Kingdom, for example, are now using public procurement to mitigate climate change, fight corruption, bribery, human trafficking, or child labor.

Public procurement in Liberia accounts for the largest portion of the country’s national budget (approximately 60 percent). Prior to the establishment of the Public Procurement and Concessions Commission in 2005, public procurement was done solely by the General Services Agency. This single oversight did not yield the needed reforms in the public financial management sector of Liberia. Major donors like the World Bank at the time could not invest in Liberia due to a lack of best practices to public procurement standards.

The government saw the gaps and the lack of trained professionals to handle public procurement and introduced a number of procurement training interventions, including the Intensive Procurement Training Program and the amendment and restatement of PPCC Act of 2005.

James Dorbor Jallah left a high standard at PPCC. ‘Skip,’ as he is affectionately called, served this integrity agency for four years. During his leadership at PPCC, Jallah laid a solid foundation that the new executive director can build on. In my opinion, Jallah’s strength was building and empowering a professional team at PPCC.

My last interaction with Skip was at the Foreign Affairs Ministry in August 2018. I had gone to explain some critical concessions my entity was implementing and Jallah was called to corroborate some of the information I provided as lead procurement person at the time. I was trained under the Financial Management Training Program and the Intensive Procurement Training Program; therefore, I had read PPCC guidelines from cover to cover. It was my walking stick.

Jallah had a clever way of answering difficult questions. If placed in a compromising position, he would explain the laws in simplest terms using Liberian ‘koloqua’ and sometimes rhetorically rephrase the question to the public official, speaking slowly, “This is what the law says and if we don’t follow what is written, these are some of the bad things that can happen – hospitals might not get the needed drugs, roads would not be built correctly due to ‘kro-kro-gee’ contracts. Do you want us to bend the laws?”

However, if the public official was stubborn, Jallah would not argue further, but quietly go to his office and tell his team to do the right thing.

I can recall during the second tenure of former president Ellen Johnson Sirleaf, when lawmakers took brand new vehicles from suppliers (without going through a transparent procedure) and wanted the government to pay, Dorbor stood his grounds and said once there was no competitive bidding the vehicles should be returned or paid for by the honorable lawbreakers – oh sorry, lawmakers.

In December 2018, Jallah was announced as the winner of the 2018 edition of Integrity Idol Liberia. The competition, held by Accountability Lab, recognizes public servants who are recognized for shunning corruption and finalists are voted on by the public via SMS and online.

Public Procurement Under the Pro-Poor Government

Liberia’s public procurement accounts for approximately 60 percent of the country’s national budget. This is a huge amount that can achieve so much if the right policy objectives are pursued. To be honest, no public procurement goals can be achieved without adequate political support. Liberia needs a radical president if the country must develop. Radical in the sense of doing the right things (e.g. dismissing corrupt officials and asking for restitution through the court). Mr. President, if you close your eyes while public officials steal in broad daylight, posterity will judge you. How do you want to be remembered? Depleted Central Bank account? US$25 million vanished in thin air with no trace or accountability?

Mrs. Jargbe Roseline Kowo has come to the new post with much experience to move the integrity institution to another level. However, that depends on whether she has thicker skin than her predecessor. To maintain the integrity of the PPCC, make sure to have your letter of resignation already written as Dorbor did. When faced with making the wrong decision, the only thing you have to do is insert the date of your resignation.

On the day of your official induction into office (April 5, 2019), I read countless criticisms about how you would succumb to the whims and caprices of the new regime, given that your husband is the current comptroller of Liberia. I think it is too early to join the bandwagon of criticisms.

Madam Director, this is the time to prove your critics wrong. The future of future generations rests on the decisions you will make. Remember the decisions you take in keeping with the laws can either enhance Liberia’s healthcare delivery or push it to crumble to its already broken knees; it could enrich the already privileged and leave many Liberians impoverished due to shady procurement deals. Kids in my village in Lofa who have never seen asphalt pavement, you could fulfill their dream of seeing one through the decisions you take. Until you prove yourself, I trust your ability to do the right thing, or you can choose to be a toothless bulldog – fearful but powerless.