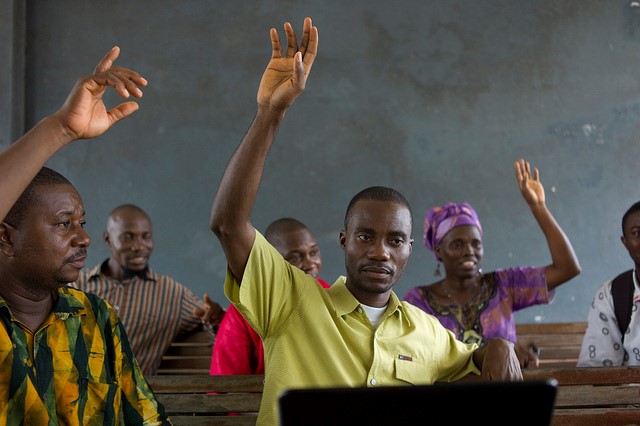 At the 11th hour and in her 11th annual message to the Honorable Liberian Legislature, President Ellen Johnson Sirleaf answered the million dollar question on the minds of most Liberians, Liberiaâ€™s partners as well as current and future investors.

Will Liberia remain safe and secure after the departure of United Nations Mission in Liberia, or UNMIL? â€œYes! Liberia is safe and secured,â€ Sirleaf said during her speech.

While most Liberians agree with Sirleafâ€™s assessment that Liberia is safe and secure in 2016 with UNMILâ€™s presence, there is concern that in the absence of UNMIL, Sirleafâ€™s new constitution may be a destabilizing force in Liberiaâ€™s safety and security.

Sirleafâ€™s constitution, which is similar to former President Samuel Doe’s constitution, does not represent â€œthe will of the Liberian peopleâ€ as the president claims.

The Universal Declaration of Human Rights gives a clear blueprint of how to build a safe and secure nation. â€œWhereas recognition of the inherent dignity and the equal and inalienable rights of all members of the human family is the foundation of freedom, justice and peace in the world.â€

One may ask, what’s wrong with Sirleafâ€™s constitution? While she has the constitutional authority to propose any bill to the Liberian legislature, some may take exception in how she has advanced her ideas for constitution reform by calling it â€œthe will of the Liberian people.â€

Examples of constitution abuse by politicians: Denis Sassou Nguesso of the Republic of Congo spearheaded a referendum in October 2015 to eliminate a constitutional two-term limit. His constitution reforms passed with 92% of the vote.Â  Paul Kagame of Rwanda is using the constitution to extend his rule with Rwandaâ€™s parliament and Senate both unanimously authorizing the constitutional reform that would remove the presidential limit of two seven-year terms in office.

In the case of Liberia, Sirleaf started down the same path as Doe by originating the idea of constitution reform in the name of the Liberian people. Just as Doeâ€™s constitution was conceived by Doe and designed by Edward BinyahÂ Kesselly and Amos Sawyer, Sirleafâ€™s constitution was also conceived by President Sirleaf and designed by Sawyer and Gloria Scott. In her speech, Sirleaf called on the legislature to â€œconsider the will of the Liberian peopleâ€ and reduce the term of office for Liberian politicians.

In her speech, Sirleaf called on the legislature to â€œconsider the will of the Liberian peopleâ€ and reduce the term of office for Liberian politicians.

How in the world did Sirleaf determine her constitution reform project is the â€œwill of the Liberian peopleâ€?Â  Is it plausible that â€œthe Liberian peopleâ€ desire only a â€œreduction in the term of officeâ€ but not a reduction of the huge salaries and benefits of the political elites including the Honorable Legislature?

According to Sirleafâ€™s new version of the constitution, it is the â€œwill of the Liberian peopleâ€ for the Speaker of The House to appropriate $1.2 million dollars for his office, in a country with a $522 million dollars budget, when in Massachusetts, a state with $38 billion dollars annual budget, a higher cost of living and without any iron ore mines, crude oil, diamond and gold mines, legislators earn $62,000.00 annually without a new car, body guards, drivers.

The Liberian people do not desire to have their legislators to determine their salaries and benefits?Â  A sizeable number of Liberians may not be college-educated, but they are not stupid. When Liberians build their shops, the owner determines the salaries of the workers. Many of the farms producing food across Liberia are managed by uneducated Liberians. Many of the trucks plying the roads in Liberia are owned and managed by ordinary Liberians considered to be uneducated. The tuition, books, and fees for the majority of Liberian students attending colleges, universities and schools across the country are paid by ordinary citizens.

If these ordinary Liberian citizens, considered stupid by Liberiaâ€™s political elites, are responsible for feeding the country, providing transportation, paying taxes, and paying the tuition and fees for the majority of Liberian students; why are these same citizens not qualified to determine the laws that govern their country?

The consequences of the type of leadership that usurps the power of the people are deadly. As the Universal Declaration of Human Rights states, â€œWhereas it is essential if man is not to be compelled to have recourse, as a last resort, to rebellion against tyranny and oppression, that human rights should be protected by the rule of law.â€

We need a new system of governance where the people are the masters and the politicians the public servants. In the new system, the people must determine the salaries and benefits of politicians.