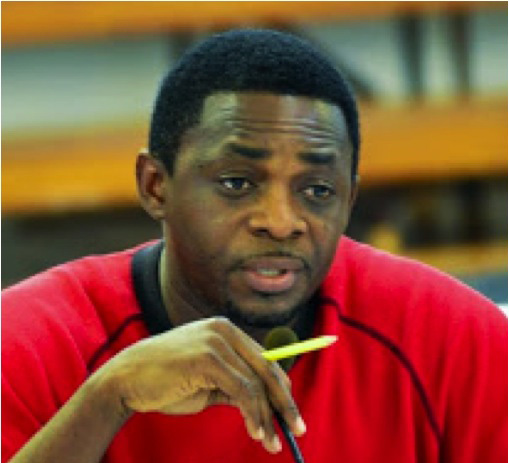 For the past 14 years, I have given the best of myself to Liberia. With honor, I have dedicated my entire professional and personal life to the betterment of our country, especially within the ICT sector.

Even at school, every paper I wrote was on Liberia. In fact, Iâ€™m grateful to say I wrote the first book on ICT for Liberia, â€œA Digital Liberia. How Electrons, Information and Market Forces Will Determine Liberiaâ€™s Future.â€

Unfortunately, I have had to take time away from service to this great nation to address a distorted report that was recently published. I am making this public statement because I believe that the good people of this country deserve to know the truth.

Seven years ago, my residence in Florida was burglarized. I received a call from the sheriffâ€™s office and hurriedly returned home from work. When I got home, the sheriff informed me of what had happened and that the culprits, who were a bunch of teenagers, had been arrested and the items seized until further investigation was done. They asked me to identify the equipment, which I did and whether they belonged to me, which I admitted to.

A few hours after that incident, I received a call from the Sheriffâ€™s office informing me that two of the multiple equipment showed up on the police list of missing or stolen items. Not all of the items as was reported in the misleading articles. The officers asked me how I got the equipment and I informed them that some of them were obsolete equipment that I had received permission from my boss to take home while the others were purchased from thrift stores and pawn shops. Itâ€™s common to find ICT professionals with stacks of multiple ICT equipment where they reside or work. For me, it is a hobby to have multiple ICT equipment around.

Around May of 2010, I had been transferred to a different location, because my previous assignment had ended, and a new team was coming in. As we prepared to transfer, I discussed with my successor my desire to carry along with me to my new assignment my assigned equipment. This was very common in the district; that a tech worker would transfer to a different location and have his equipment transferred to that location.

My successor had three alternatives. The first one was to do the paper work for the transfer which he believed to be cumbersome. The Second was to categorize the items as â€œBeyond Economical Repairâ€ or â€œBERâ€ because they were older than three years. The third and easiest option was to write them off as â€œmissingâ€ or stolen. Clearly, my successor chose the last option, without my knowledge!

I thought that since he knew that I had the two items in my possession, he would have gone ahead and made the transfer. I had made an error in judgement for not being patient enough to await the transfer documents. Itâ€™s something I regret.

So, this being the case, the officers informed me that standard operating procedures require them to process me and if I were able to post bail after the processing I was free to go home. After their processing, I was bailed out by a friend and went home. I went home, called my job and explained. Subsequently, worried for my daughter, I drove her to Atlanta, Georgia in order to protect her from the drama.

I returned to Florida and my lawyer informed me that he was going to request that the case is dismissed since there were only circumstantial evidence or have a â€œsettleâ€ that would have a minor impact on me. Knowing that I had made poor judgement, I settled for a misdemeanor, paid a fine of $300, and the case was closed. I NEVER WENT TO JAIL. Please note that this was not an admission of guilt, it was just a way for the case to end quickly.

I had previously resigned my position as technology specialist because I believed that my poor judgement was not in the interest of the people I worked with and for. I later went on to complete my third masterâ€™s degree, wrote my book and moved on with life.

Subsequent endeavors included various activities both in the USA and Liberia, the completion of a doctorate degree, work done at the Ministry of Posts and Telecommunications and other significant contributions to the ICT sector of Liberia.

Ultimately, I was called to lead the innovation department of LIBTELCO, later appointed to act as Chief Technology Officer/Deputy Managing Director of Technical Services by the Board of Directors. Later, through a board resolution and confirmation of the President of Liberia, I was appointed Managing Director and CEO of LIBTELCO.

This decision was made based on both my past and present performances. Prior to my appointment, sometime in 2014, when I initially applied for the position of Managing Director, I, in the interest of full disclosure, provided the details relating to the case in Florida to the Civil Service Agency which was headed by Hon. George Werner at the time.

I have spent and sacrificed the greater part of my life making contributions to the Liberian ICT sector. I have done this mostly on a cost-free basis. I helped write the National ICT Policy, the gov.lr policy, taught at institutions, and provided services to many organizations in Liberia over the years. My passion for ICT is unsurpassed and unwavering. My desire to see Liberia grow is insatiable and I will always give the best of my ability for my country.

As far as my afterhours life is concerned, in relation to the DUI. I have done a few things I am not proud of and I do regret them. I have been trying with the help of the almighty God and the Support of family and friends to ensure that my past transgressions are not repeated in my present or future life.

It is my hope that I have put this to rest and that I can now proceed with doing the work of the Liberian people. I look forward to your help as we strive to steer our country toward economic development, not just for ourselves but for generations to come.