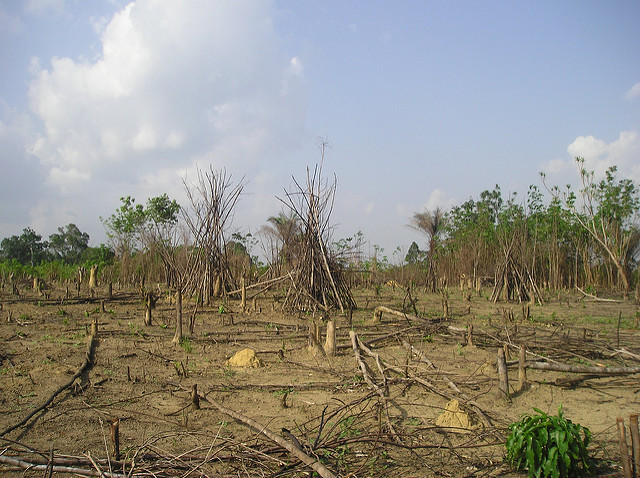 â€œOur soil is rich,â€ â€œThe soil is a bank,â€ â€œGet back to the soil!â€ These are common slogans by Liberians and some agricultural institutions in appreciating support for agricultural productivity in this tiny coastal West African nation which is indeed endowed with immense natural resources including gold, diamond, iron ore, and other forest resources.

Contrary to these assertions, our soils are not naturally rich. Without sustainable management based on the geochemical nature of these soils, our soils are particularly inadequate for theÂ production of food crops, including our staple food â€“ rice.

Soil reconnaissance conducted in the past shows that ferralsols, soils with lower fertility, are the dominant soil type across Liberia. The countryâ€™s lush vegetation and tropical rain forests may make these findings seem unbelievable, but the facts remain that soil deterioration, the continuous cultivation of soils without replacing nutrients lost is a major feature of agricultural activities in Liberia.

However, the good news is that proper and sustainable management of these soils could yield optimum results.

Currently, soils are in aÂ state of decline due to deforestation, shifting cultivation, and other forms of inappropriate land use for economic activities.

According to the Ministry of Agricultureâ€™s Comprehensive Assessment of the Agriculture SectorÂ report, latosols (75 percent), sand (regosols 17 percent) and swamp (5 percent) are the major soil types covering the land surface. Latosols, which are ferralsols, make up 75 percent of arable upland soils and are generally acidic, with low fertility and low water-holding capacity. Because of that, they are prone to soil erosion and require continuous management to ensure optimum productivity.

Additionally, excessive rainfall and inappropriate farming practices are among the leading causes of further degradation.

Because Liberian soils are dominated by ferralsols, which contain high levels of aluminum, they are toxic to many plant species. Scientists say those soils require high rates of phosphate fertilizers and lime for significant yields, something that rarely happens in Liberia.

Fertilizer use in Liberia is very negligible either due to cost, availability, lack of knowledge of fertilizer use, or profitability of fertilizer resources. In fact, the West and Central African Council for Agricultural Research and Development lists Liberia among Sub-Saharan African countries where food security is at stake due to declining soil fertility.

Current agricultural practices, where fertilizer use per unit area of food production is far below requirements established by the Abuja Fertilizer Summit by African states (at least 50 kilograms per hectare).

Liberia also has the highest percentage of aluminum toxicity (63 percent) in Central and Western Africa and theÂ highest rate of phosphorus fixation in West Africa. The presence of these chemicals and minerals calls for immediate interventions.

Much is at stake if our soil resources are not sustainably managed, given that agriculture is a major contributor to the national economy. Extreme degradation of soil resources will reduce the yields and revenues of farmers, causing food insecurity and unemployment.

Despite the introduction of improved crop varieties and new technologies in the agricultural sector, yields of major crops continue to decline. This calls for investment in soil resource management as soil degradation has far-reaching humanitarian, health, economic and environmental consequences.

Agriculture has long contributed to Liberiaâ€™s economy, as far back as the early days of independence in the form of rubber, coffee, among others yet; however, more needs to be done to improve the sector.

A holistic assessment of agricultural resources across the country is necessary to determine the extent of soil degradation, hotspots for toxicities and deficiencies. A national agricultural map will serve as a useful blueprint to guide investments. In the face of fluctuating global prices of non-agricultural commodities, the future of Liberiaâ€™s economic recovery will heavily depend on the soil.