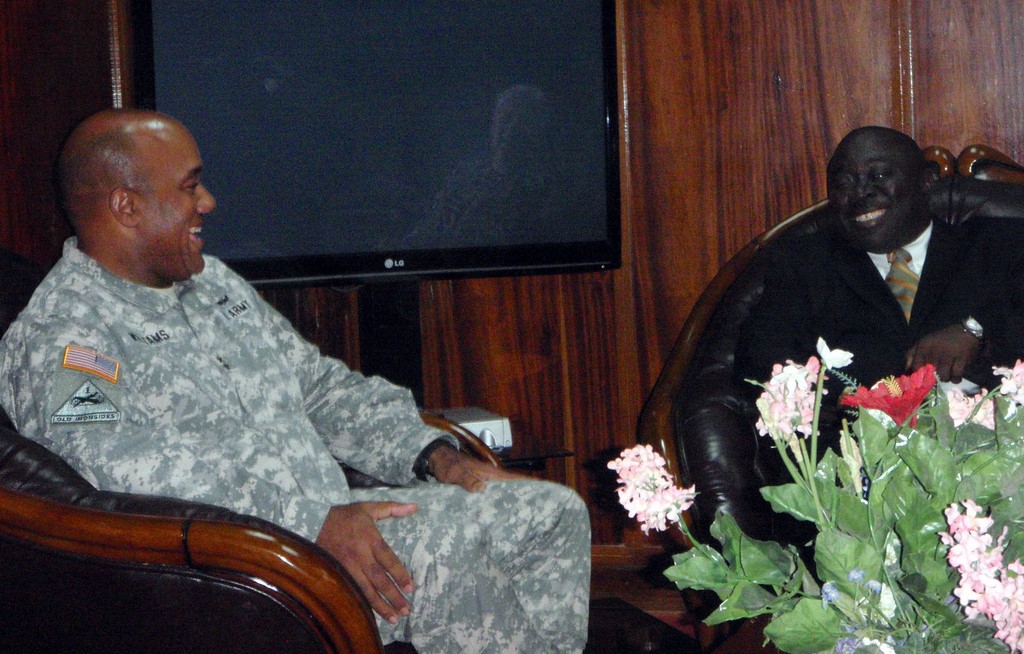 This month, having served as House speaker for almost a decade, Alex J. Tyler resigned from the ruling Unity Party, perhaps sensing that the party had exhausted its political capital with President Ellen Johnson Sirleaf, who has called the shots since 2005, or sensing that he will not get his party’s nomination.

But whatever recognized public perception there might be, with the ruling Unity Party running up to 2017, there is no way Alex Tyler can extricate himself from the record already laid. Tyler, reports say, is contemplating forming his own party to run for the Liberian presidency instead. His perceived ambitions, to a larger extent, is a microcosm of the typical Liberian politician that bounces from one party to another, no matter the circumstance, to hold a “government job.â€

No gainsaying, politicians will always be politicians, but in Tylerâ€™s naked ambition, it becomes evident that institutions do not matter. Why not stay with the Unity Party, go into an open primary and support the eventual winner?

Currently, there are 22 political registered parties in aÂ country of about four million people. When you consider established democracies, to which we run cap-in-hand to beg for aid and gratuities, you will count mostly two or three parties. These parties are specifically based on political ideologies that serve the greater good of their peopleÂ â€”Â liberals, conservatives, center right, center left, or a little bit of both. But not in a place called Liberia, where politicians like Tyler are just in the game to line their pockets as they offer no policy prescription to bring order to a rotten system that has been in existence since 1822.

And Ellen Johnson Sirleaf sadly has not helped. She has not left a lasting legacy as a counterbalance to the ills of yesterday, for her government has been a culture of impunity steep in patronage, still!

As the third most powerful man and government official, Tyler has no record to run on, but yet he is convinced that his push for the presidency would be successful if he just puts his name forward and shows his handsome face with a big smile.

He has been an ineffective leader of the Honorable House of Representatives these last few years. The lingering corruption that the country currently grapples with, which permeates other branches of government,Â is also connected to the legislature that he heads.

For example, oversight over the executive branch, especially the presidency, has not been robust and forthcoming, as expected under him. Even when allegations of nepotism against the president dominated newspaper pages and soured public opinion about the president, Tyler and the legislature offered no solution. Lawmakers did not pass any bill or motion to check these corrupt acts. These acts were a major contributing factor to the Liberian civil war, which saw 300,000 of our people die at the cold hands of murderers, so-called â€œfreedom fighters.â€

Hence, the fall of the National Oil Company of Liberia, when examined critically, cannot just be the fault of Ellen and her friends; it also falls squarely at the feet of Alex Tyler and the leadership he provided as speaker! He and his peers demanded bribes, or so-called lobbying fees, to approve oil blocks as they romanced officials of the oil company to lined their pockets while ignoring the interests of the Liberian people. What we see today under Tylerâ€™s watchÂ is mass poverty of Liberians, even while legislators are unacceptably overpaid.

Even George Klay Kieh, a professor ofÂ political science at the University of West Georgia once said,Â â€œUnfortunately, the members of the National Legislature, who should be advocating for a fair salary structure in the public sector, are themselves grossly overpaid. Their base salaries, allowances, and perks are just too much, especially for a developing country like Liberia that is coming out of two devastating civil wars. As a solution, we need a new salary structure for the public sector that is fair and reasonableâ€¦â€

Alex Tyler provided no alternative leadership on the issue of equitable salary structure. He seems to be a political leader whose ascension to one of the nationâ€™s highest office has been to entrench patronage and the culture of impunity, which will ultimately be the legacy of the current administration.

What now does he hope to accomplish as a president of a devastated nation when he could not control the House of Representatives? The Capitol building, which holds the legislature. Photo: David Stanley

In looking at the meteoric rise of Tyler, one would ask the question of where this so-called aspirant was all these years before he ascended to the speakership. Some accounts say he was a successful businessman – successful in the Liberian sense. He has no previous record of advocating for anything in Liberia during the country’s turbulent history of the 70s, 80s, and 90s. Prove me wrong!

And sadly, he owes his rise to individuals who have fought for and stood on the vexing issues of the day. They have now shown no interest whatsoever in running for public offices! Men like Jerome Verdier, Kofi Woods, Tiawan Saye Gongloe, Nagbalee Warner, and a host of others. Their advocacy principally has enlightened and sided with the poor of Liberia, while Alex Tyler and his elks lined their pockets at the expense of the destitute they claim to represent.

It is high time in a Liberia where political institutions that should serve as bedrock to groom the best political minds and give us tested leaders have all but fallen by the roadside.

Tyler’s indiscipline is now evident in the weight he carries around since becoming Speaker of the Honorable House. Move over Alex, the Executive Mansion is a long shot, buddy!

Alex J. Tyler will not be elected president of the Liberian people. He contributed insignificantly to the political order during his ten years as the speaker, and his stewardship speaks for itself.

It seems government jobs are all that matters in Liberia, even toÂ a failed speaker who now eyes the nationâ€™s highest office at a time when there are cries in the streets from citizens for a political order that is free, fair and which works for everyone based on merit.

Tyler doesnâ€™t fit the bill to deliver the goods! He must return to the private sector after his many failed years as speaker. His political capital has been spent!

Sharing
Tags Alex Tyler
Contributions to The Bush Chicken are not tax deductible.