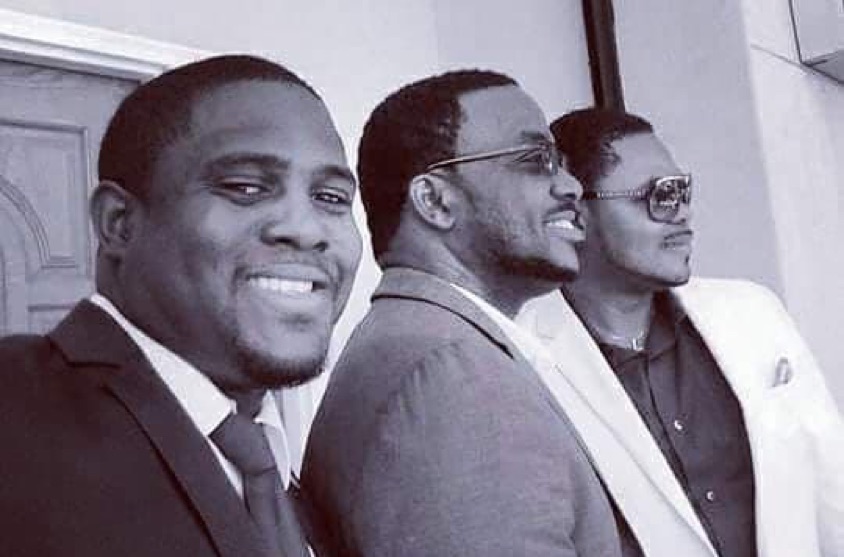 You will notice that I interchangeably used Charles, Chucky, Chucky boy, Charlie throughout this untypical tribute to my dear friend. It isnâ€™t meant to confuse you but to make the point that Charles affectionately meant many things to many people.

Word of Chuckyâ€™s death reached me at 2:50 am Washington DC time on Saturday, January 12, 2019. The first call came from Stephen Johnson, the second one from Klontrione Weah Johnson, and the third from Waka Doe. All came in before 3 am, and I did not answer any of them. I took them as calls from friends in Minnesota who were having a good time together and wanted me to know.

Then Stephen sent a text: â€œChucky didnâ€™t make it. Passed this morning.â€ I was still in a state of shock and disbelief when Klontrione sent a text: â€œChucky boy passed away.â€ I made phone calls to Claudius Teah Peters, Terrance Moore, Myers Swen, and other friends just to make sure it wasnâ€™t a prank. My mind immediately went to Emerlyn, Charlesâ€™ wife, and their two little boys: Aubrey and Caden. I checked my phone to see if there was a text from her. Had she been told? How was she told, and how was she doing? Where was she?

I turned on my facebook page and saw posts about Charlieâ€™s death. I did not know whether Charlesâ€™ family in the US had been informed and was worried that Emerlyn would find out about her husbandâ€™s death on Facebook. I waited until about 7 am New York time to call Emerlyn. â€œEmerlyn, is what I am hearing about Charles true?â€ I asked. â€œYes, George.â€ There was a brief silence between the two of us. I did not know how to react or what else to say to Emerlyn in the moment. Nothing I said would be adequate, but I managed to say in the end, â€œHow are you doing?â€ â€œI am ok for now,â€ Emerlyn replied. I told her that Iâ€™d call her later during the day to check on her. We exchanged text messages following the phone call. I was heartened by a text from Emerlyn: â€œI have my moments,â€ Emerlyn wrote. â€œChucky knows we all tried. We tried.â€

I spoke to Chucky for ten minutes on Monday, January 7, 2019, at 5 am Washington DC time. He initiated the video chat. He was with Robert Pyne and was eating. He wanted to show me what he was eating, as he had done before, and to see if my chef in Liberia could prepare him some pepper soup, as was done during previous visits. During the call, I asked him to stand up so I could see his stomach. He stood up enthusiastically and pulled up his white t-shirt. â€œSee my six-packs, George,â€ he said with his characteristic sense of humor. “That’s one pack, Charlie,” I responded. “Just take care of yourself and be careful what you eat,” I added. He called Robert Pyne to greet me and, after that, Charlie said, â€œBye, Georgie. Please tell Pa David to cook my pepper soup.” “I will, Charlie. Bye.” Charles never made it to my place for the pepper soup. Iâ€™m told it was a few hours after the call that Charles became ill and fell off, on Monday, January 7, 2019, at about 11 p.m. (Liberian time).

I received a text from Stephen Johnson on January 8, 2019, at about 1 p.m. (Washington, D.C. time) that Chucky â€œhad a minor stroke in Monroviaâ€ and that he was at ELWA Hospital. I immediately sent Chucky a text via his Facebook page. “Charles, I am hearing that you are not doing well in Liberia. What’s going on?” There was no reply. I called Chucky 3 times following the text, and there was no answer. I reached out to Stephen Johnson for more details. I wanted to know how â€˜minorâ€™ the stroke was, which side of his body was affected and whether he was able to communicate in any form. Stephen had no answers. I called Claudius for Emerlynâ€™s number and placed a call to her.

Emerlyn confirmed that Charles had a â€œminor stroke.â€ We discussed plans to get him on Brussels airlines immediately, but that seemed impossible. Charles was heavily sedated, and Brussels raised clinical objections to transporting Charles. We discussed Ghana and made phone calls to relatives and friends in and out of Ghana to see if Charles could be stabilized there before returning to Jersey City. We were still under the impression that the stroke was “minor.”

It was after speaking with a medical professional in Ghana, my cousin Ruth Okyne, that questions were raised in my thinking as to how minor the stroke was. Ruth, a retired senior nursing officer at the University of Ghana, described a patient with minor stroke and asked if Charles could walk or talk to enable her to think through methods of evacuation from Liberia to Ghana. To these questions, I had no ready answers.

I called Emerlyn to find out who was with Charles at the ELWA Hospital to find answers to Ruthâ€™s questions and was told his uncle Winston was and that Winton had Charles’ phone. I sent a text message: “If this is Winston, I need to speak with you urgently about Charles’ condition.” There was no response, so I called after the text message and got Winston. My conversation with him revealed that the stroke wasn’t minor in the first place, that Charles could neither walk nor use a wheelchair. He was very heavily sedated. He could not, therefore, go to Accra as an ordinary passenger. We needed him medically evacuated from Monrovia to Accra. I was beginning to panic.

Emerlyn and I began calling family and friends who could tell us how best to go about the process of getting Charles out of Liberia immediately. Charles’ US insurance said they could not cover him outside of the US. I called a mutual friend in Monrovia, George Taylor, to investigate Aspen Medical, but it was late in the evening. I later found out from Winston that Emerlyn, with the support of Charlesâ€™ family in Monrovia, had done some background work on Aspen and knew what it would take to get Charles to Ghana through Aspen. Meanwhile, George Taylor wrote some medical professionals in Ghana who provided us with useful information regarding clinical support for stroke patients. Korle Bu Teaching Hospital and one Dr. Akpalu were identified to receive Charles. Not giving up, Emerlyn and Charlesâ€™ uncle Lawrence Kennedy went back to Charlesâ€™ US insurance provider, and they had a change of policy. The insurance provider could now medevac Charles back to the US by Sunday, January 13, 2019.

Emerlyn called to give me the good news that Charles was going to be medically evacuated to the US by his insurance provider. Then she asked if I knew which hospital would be best to accept Charles. We discussed the most important information the receiving hospital would need: referral and health insurance information. Emerlyn had these lined up already. I made a few frantic calls to Monrovia to track down a friend who had a similar illness and was successfully treated by a hospital in New York. She gave me Mt Sinai Hospital in New York, and Emerlyn went to work right away to contact them. They agreed to admit Charles after reviewing his medical records and insurance information. There was a sense of relief and renewed hope. We were all set to get Charles out of Liberia. Everything now seemed aligned. The flight to medevac Charles was en route when the news came that Charles died Saturday morning, January 12, 2019.

The thought of Chucky dying at 37 never crossed anyoneâ€™s mind. No one was prepared for it. Not even Chucky himself. He had timed his annual visit to Liberia to participate in a friendâ€™s wedding. He sent us pictures of his visit to his fatherâ€™s grave while in Grand Bassa County, Liberia. He called family and friends daily to keep them updated about his trip back to Liberia. Even as we frantically made plans to return him to the US for better care and treatment, none of us imagined that Chuckyâ€™s life would end so quickly, so completely, so finally. Emerlyn made plans to fly out to Brussels or Accra if it meant that was the nearest place Chucky could be stabilized. We were all ready to welcome him back to the US in person, not as cargo.Â  But Chucky and the God he served so faithfully had their own plans. Chucky died in a country that meant so much to him.

I am bursting with fond remembrances of Charlie as I complete writing this. With every memory, Charlie comes into sharper focus. Everything he was, everything he said, everything he did has a different meaning for me now. His â€œBye, Georgieâ€ on Monday, January 7, 2019, during our video chat, for me, was his way of saying farewell.

Some loved ones die and leave you with strangulating guilt of what you could have done differently or better to keep them alive. With Charlie, I believe that he knows, as Emerlyn wrote in her text to me, we all tried to get him out of Liberia for better care and treatment. I am consoled knowing that Charles A. Johnson Jr lived his days on earth as if they were the last he would ever spend with us. We who call him our friend will be forever thankful that Emerlyn and their two little boys shared Charlie with us.